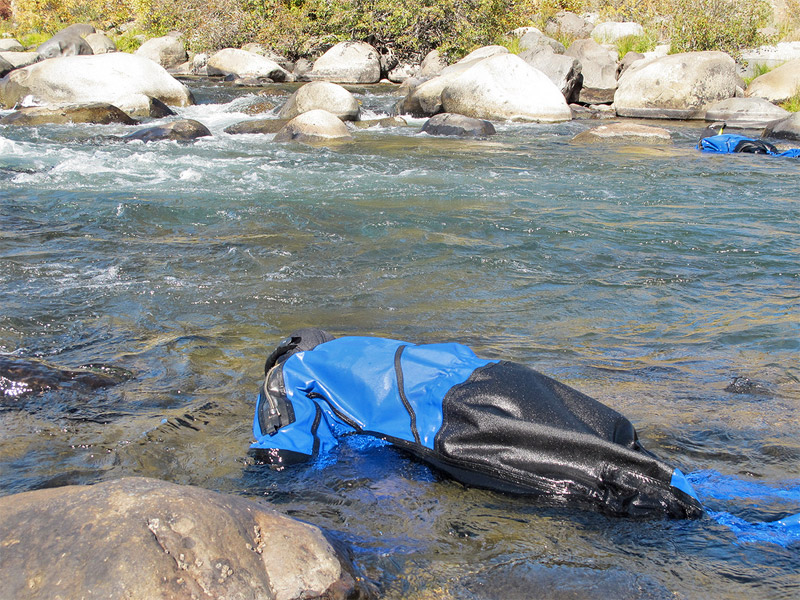 As you may know from our recent posts (Summer Surveys and Alpine Snorkeling), we regularly conduct trout surveys on streams in the western U.S. Snorkel surveys are one of several methods we use to collect fish count data, which can be used to generate various estimates of population abundance and habitat use. With repeated surveys, we can estimate changes in the population abundance over time or compare between watersheds. Often, it is necessary to make comparisons between various watersheds or various reaches within a watershed. To make these comparisons fisheries biologists usually standardize the data as the number of fish per unit of river length (e.g., fish per mile), as displayed in the graph below.

On a recent trip we conducted snorkel surveys in three reaches of a Sierra Nevada stream. The upper reach consisted of 16 river miles of mixed gradient stream. This reach is what we consider a “put-and-take” fishery, because it is regularly stocked with rainbow trout and anglers are allowed to catch and take up to 5 trout per day. The middle reach was a 12 mile-long stretch of mixed gradient steam, which is designated by the California Department of Fish and Game (CDFG) as “Wild Trout Water.” Because of this designation, the CDFG enforces “catch-and-release” regulations and in order to maintain wild genetic stocks it does not stock this stretch of the river with domestic hatchery trout. The third reach we sampled (lower reach) was a low gradient stretch of 25 river miles that, like the upper reach, is stocked and managed as a “put-and-take” fishery. Even though brown trout (an introduced species) and Lahontan cutthroat trout (a threatened native species) were both present in small numbers in all three reaches, rainbow trout were most abundant and our survey results indicate that abundance is highest in the middle reach, where the CDFG’s Wild Trout Water regulations limit anglers to catch-and-release.