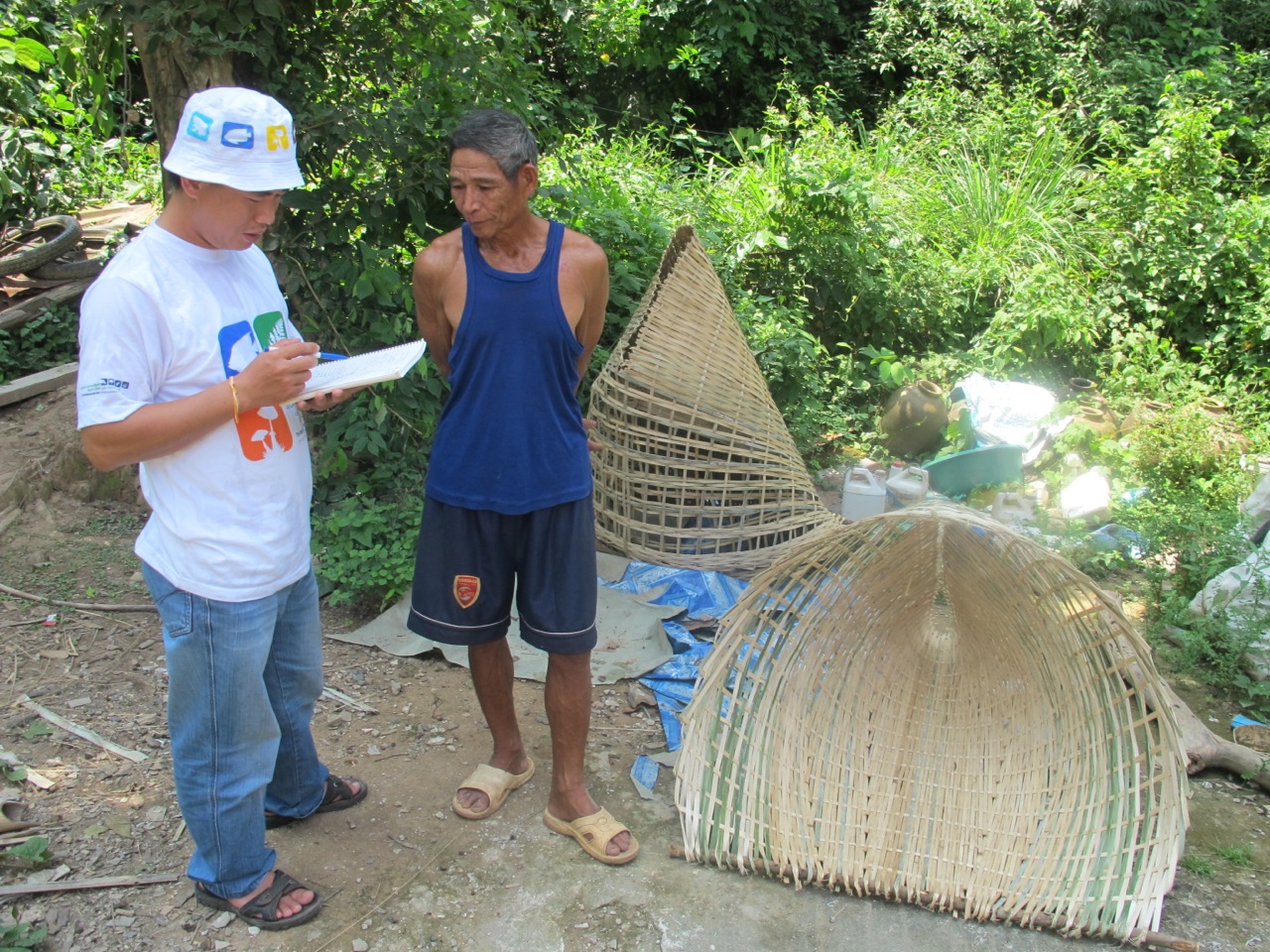 The brush bundle trap, known as “kha” in Lao, is a large bamboo basket with a rounded scoop shape, typically 1 m wide by 1.5 m long. It is one of the traditional fish traps still used in Laos today that draws on skills and local knowledge passed down to fishers by their ancestors. This knowledge includes the observation of fish behavior and their movements in the river. Brush bundle traps are mostly used in turbid water, usually when the river level rises during the rainy season (in June or July), and at the end of rainy season (between September and November). Kha are usually used at the confluence of rivers or at the river’s edge. When fishers set this gear, they put a bundle of tree branches and sticks inside the trap, which attracts fish as a “safe home.” Once fish enter the kha, it is lifted or dragged carefully from the water.

These fish-attracting baskets are usually left in place for a day or longer, depending on how often people go to check them. Fishers in the village of Ang Noi who are collaborating with FISHBIO check this gear twice per day. Based on our interviews with fishers, common fishes captured in this trap include catfishes (Hemibagrus spp.), spiny eels (Mastacembelus spp.), snakeheads (Channa spp.), tilapia, fresh water shrimp, and many others. These traps are yet another example of the amazing diversity of gear types we encounter in Southeast Asia. 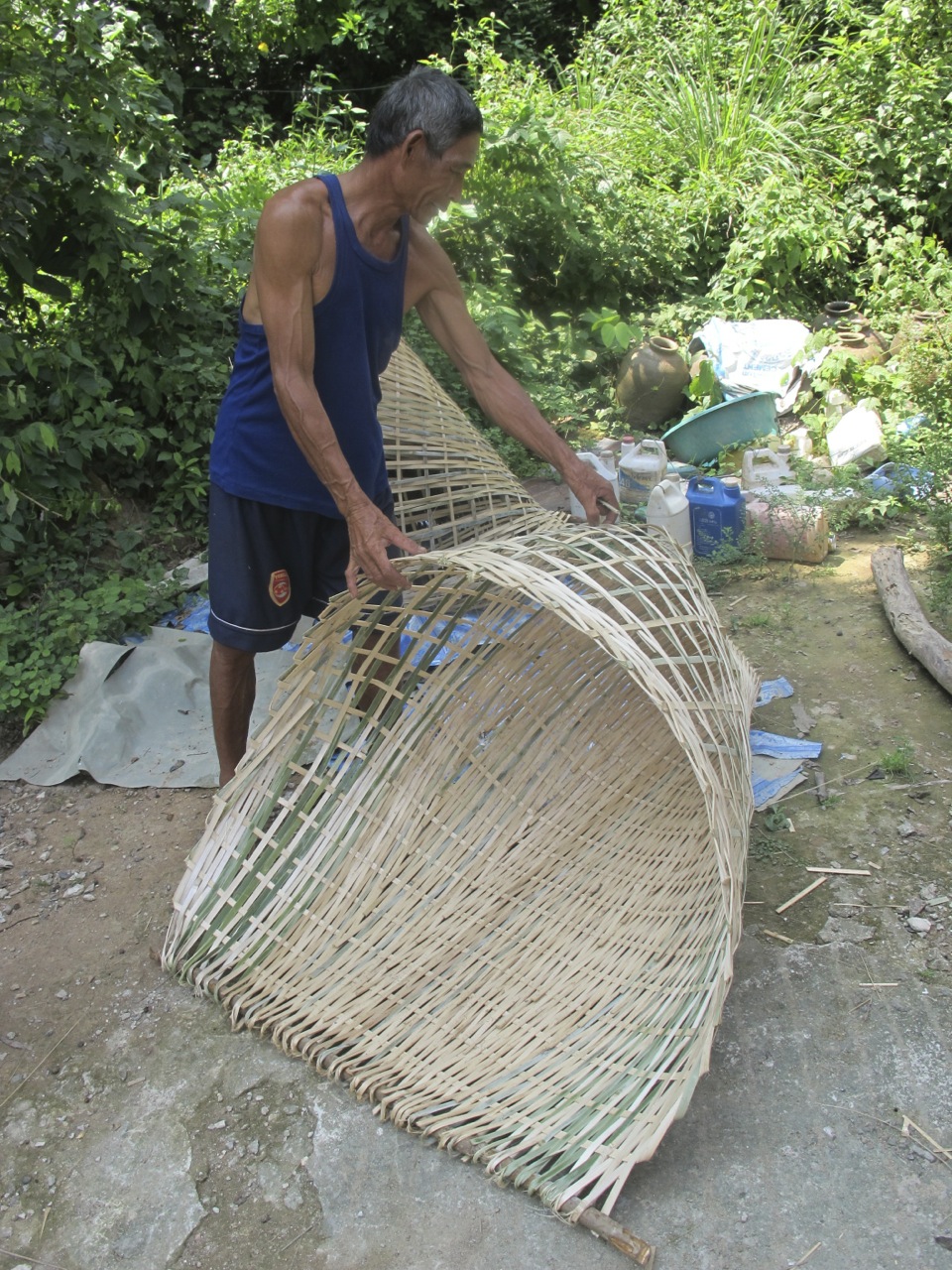