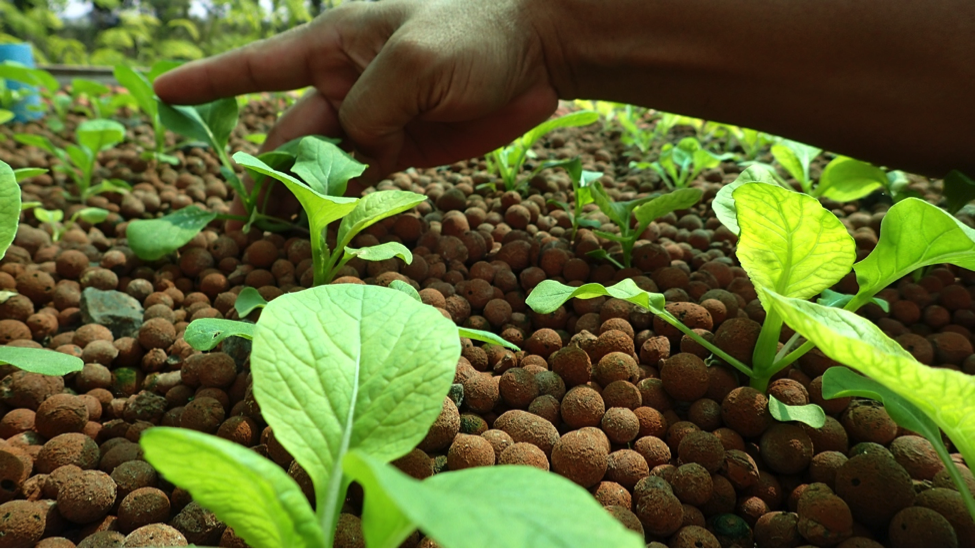 Aquaponics, a combination of aquaculture and hydroponics, is an emerging field in agriculture. An aquaponics set up is a closed system in which crops are planted in a growth medium, such as gravel or clay spheres, rather than in soil, and fish are kept in tanks or fish ponds that are connected to the crop containers. Many fish have been grown in aquaponics systems, including species of trout, tilapia, barramundi, catfish and carp. Water cycles between fish and plants, and through a bit of complex chemistry, the fish waste essentially becomes plant fertilizer. Systems can be very small, like this table-top Aqua Farm version , or large scale like the Agriculture Solar system. There are many benefits to using aquaponics, since these closed systems do not require fertilizer and avoid the need to deal with weeds and pests. Less water is also used in aquaponics than in conventional agriculture or aquaculture because the systems re-circulate their water. 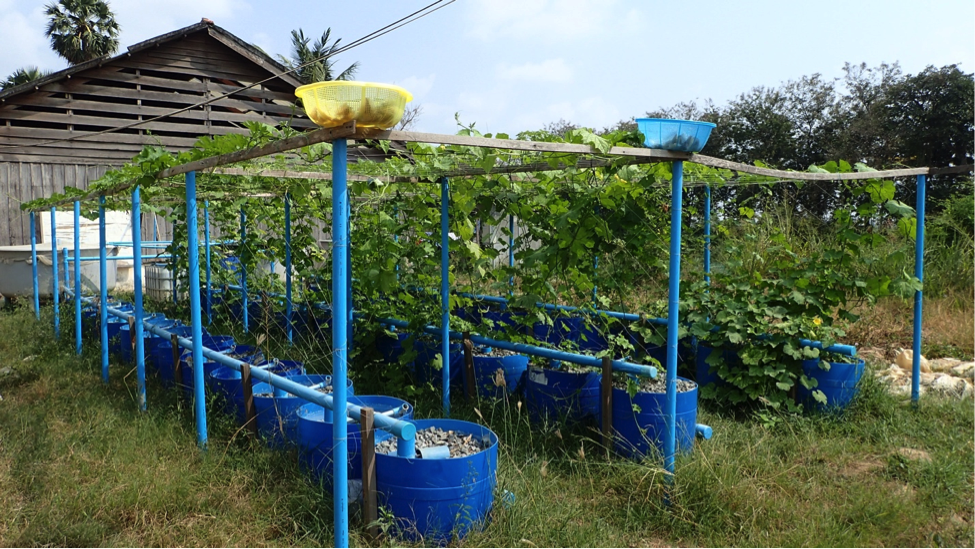 Since both aquaculture and agriculture are vital to livelihoods in the Mekong Delta, it is not surprising that aquaponics has piqued some interest in this region. During a recent trip to Cambodia, we had a chance to see some experiments in aquaponics at the Royal University of Agriculture (RUA) in Phnom Penh. Aquaponics is still not considered cost effective on the commercial scale in Cambodia, but researchers at RUA are looking to change that situation by experimenting with inexpensive growing media and a variety of different crops, such as lettuce greens, Chinese broccoli and bitter melon. The water-wise nature of aquaponics is perceived as a big advantage in places like Cambodia and California, where recent droughts have impacted the agricultural sector. Many people in both regions are hoping that a bit of creative engineering can produce cost-effective systems for local people to grow crops more sustainably.