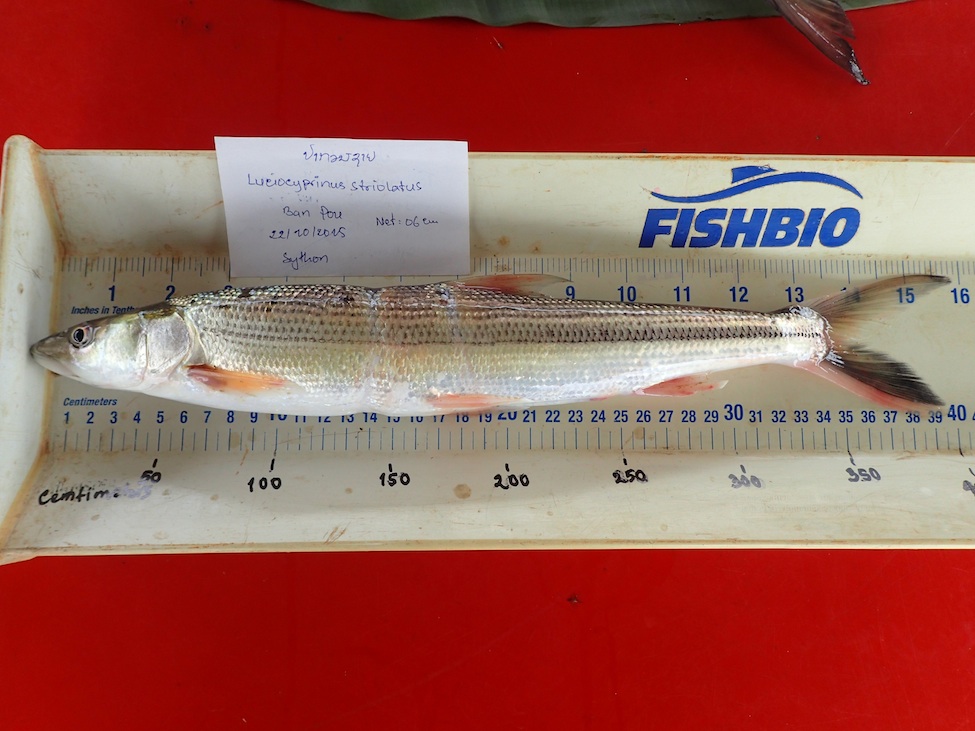 The FISHBIO Laos team caught many different fish species during gill net surveys in Xaysomboun Province, Lao PDR, at the end of 2015, but the one shown here (Luciocyprinus striolatus) is arguably one of the most beautiful. “Pa kuane” is the local name for this fish given by the communities living in the Nam Ngiep basin, but it is also known by the name of “Pa kang” among the people living in the of Nam Theun and Theun Hinboun basins. A single fish exhibits three different colors, as shown in these photos, and it is also a very strong and powerful swimmer and predator. However, this species is currently listed as an endangered species on the IUCN Red List because its populations are considered to be decreasing. Part of FISHBIO’s gill net sampling mission was to determine whether the site of a planned hydropower dam is important habitat for this and other species of concern, and also to observe how fish populations are distributed in the Nam Ngiep basin. 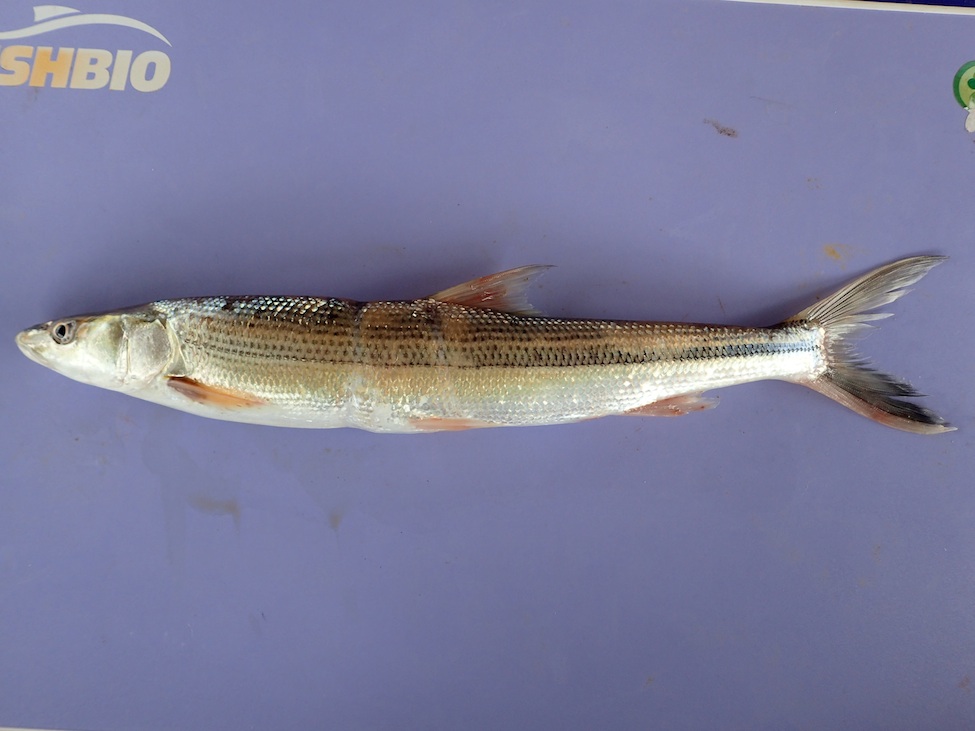 L. striolatus belongs to the Cyprinidae family, has small scales, and reaches maximum sizes of 2 m (6.6 ft) in length, and 70–100 kg (154-220 lbs) in weight (Baird 1999). It is distinctive for the longitudinal black stripes on its body (including on the caudal fin) and has no barbels. During interviews with the village committees near our sampling sites, fishermen said this fish species lives in deep pools, but they sometimes catch it in rapids. L. striolatus mainly feeds on small fish species and aquatic macroinvertebrates. Fishermen that we interviewed mentioned that its spawning area is near the shore of deep pools; along beaches of pebbles, gravel or sand; or in rapids during October–November). FISHBIO staff caught various sized specimens of this species during our gill net sampling mission in the Nam Ngiep river and its main tributary, the Nam Chair. We will now be reviewing the biology of this species and its habitat requirements to explore recommendations, such as modification of fish habitats or captive breeding, that might help this endangered species.