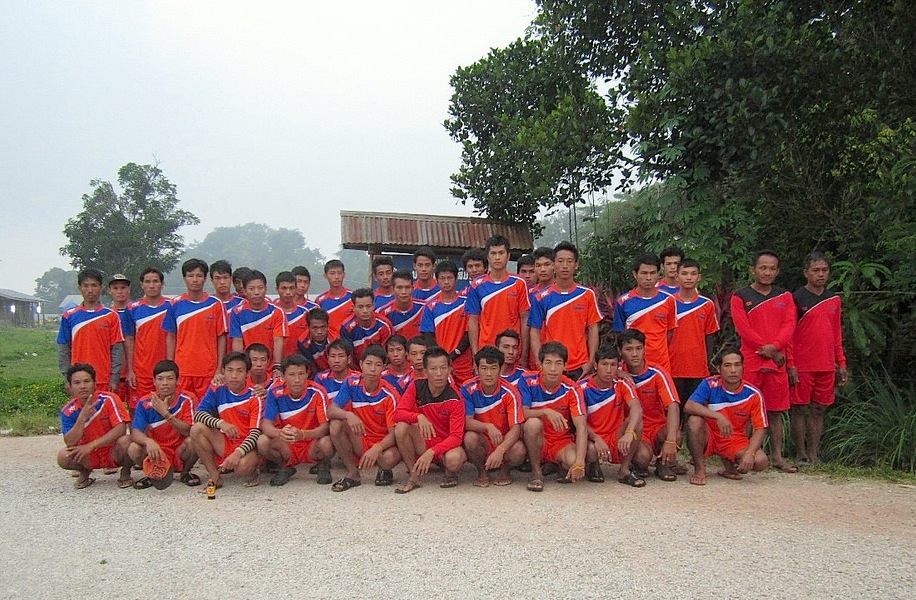 The boat racing festival in Laos is an annual tradition that occurs in the months of September and October, and celebrates the end of Buddhist Lent. The races are competitions among dragon boats, which are long wooden boats paddled by large teams of people. Races are held in different villages around the country every week during the festival, including a big celebration in the capital of Vientiane. FISHBIO has sponsored a number of Little League and soccer teams in California, but this past fall we sponsored our first dragon boat racing team in Laos. 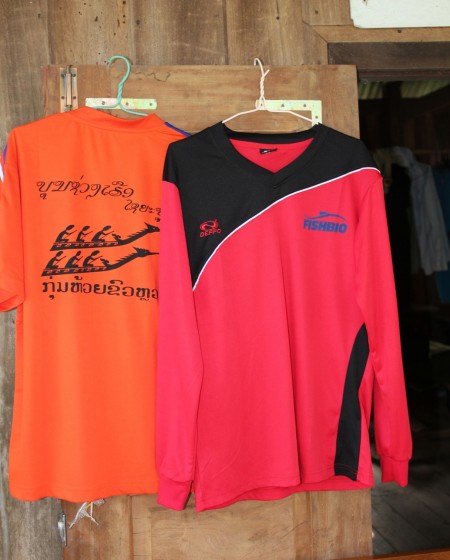 We supported a team of boat racers from the villages of Hoauykhoualouang and Korkfak in Xayabouri province, where we are working with the local communities to establish Fish Conservation Zones (FCZs) for endangered Probarbus fishes. The team included members of the FCZ enforcement teams from these villages, as well as residents from Phonesida and Na Khone Kaen villages. In return for our sponsorship, our logo featured prominently on the team’s sporty-looking jerseys. The boat race took place in October on the Nam Houang River near the town of Xayabouri. Our team placed ninth out of 16 teams, but winning wasn’t our top priority – we were happy to support Lao traditions as well as continue to build our relationship with the communities where we work. 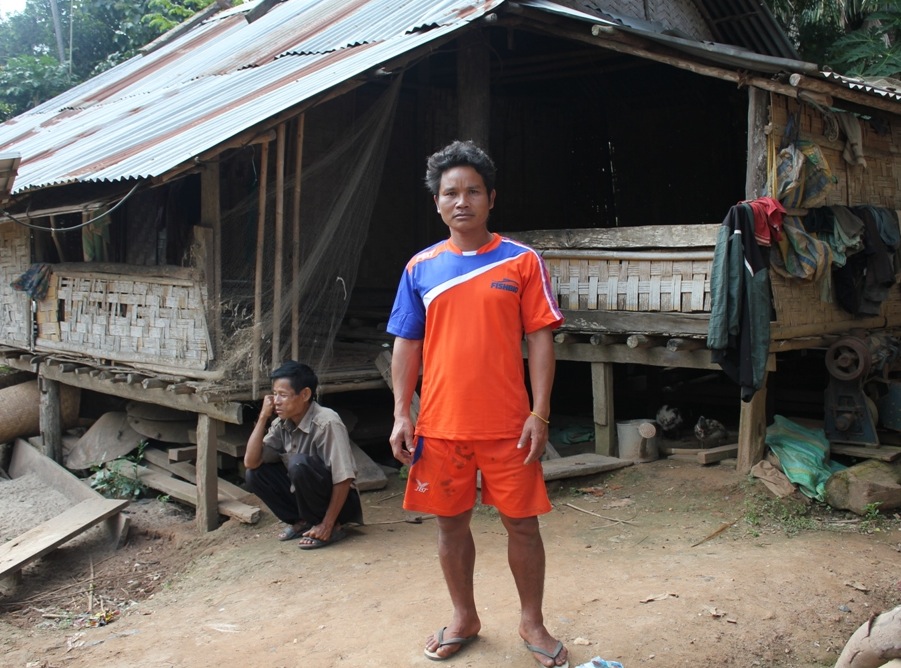