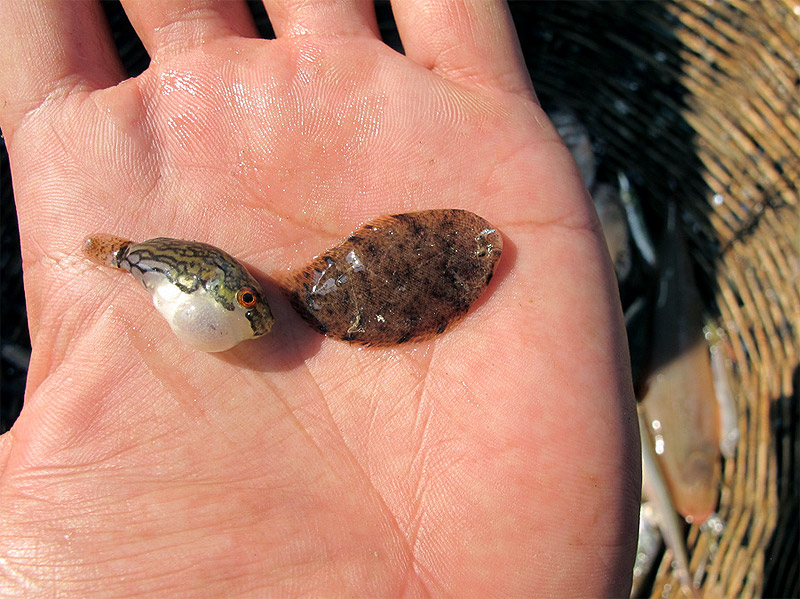 Fish species have a variety of body shapes that are a result of specialization in their environment. For instance, there is tremendous fish diversity in the Mekong Basin and body shape is often the first clue about a species habitat preferences and behavior. Here a biologist holds freshwater flatfish and a freshwater puffer caught in the Dia Net fishery of the Tonle Sap. All flatfishes, such as this one, have an unusual flattened body form suited for spending most of their time on the bottom. Flatfish are poor swimmers and rely on undulating movements of their body to move around instead of using their caudal fin like most other fish. Freshwater puffers have a short and fat body form that contributes to their slow, slightly awkward swimming style. Since they can’t move very fast, they protect themselves from predators by “puffing” their bodies up to several times their normal size, which is accomplished by quickly gulping large amounts of water (and air when needed). Although neither of these fish are large enough to make much of a meal, locals surely won’t let them go to waste.