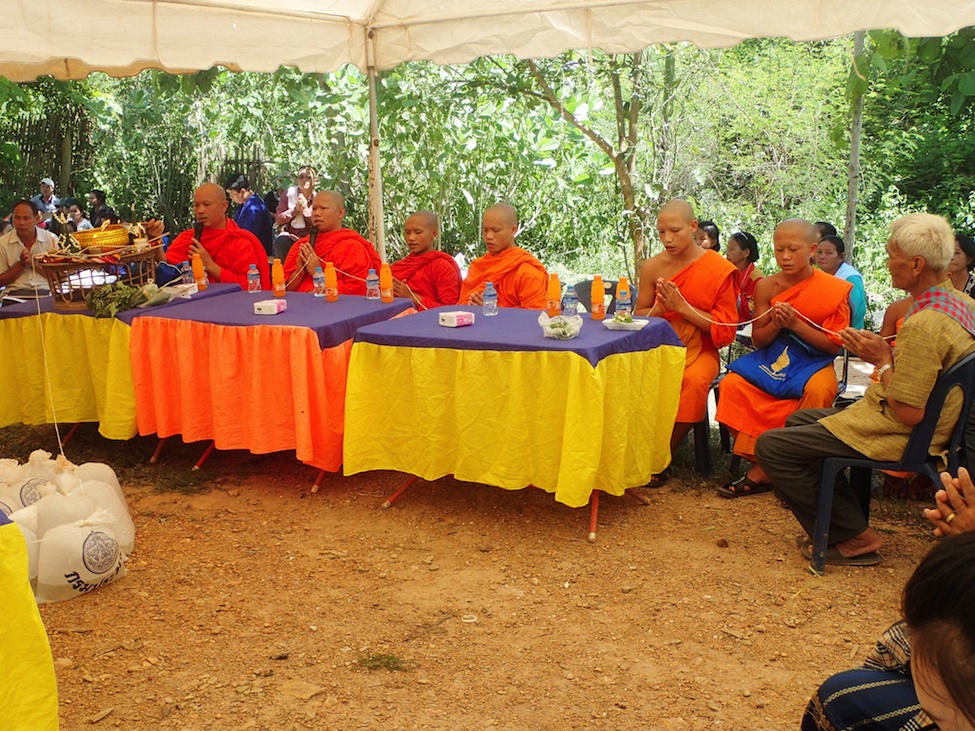 As our efforts to establish a Fish Conservation Zone (FCZ) at Kengmai Rapids in Laos drew to a close, we marked the milestone with a ceremony, a Buddhist blessing, and a fish releasing event. The Fish Conservation Zone represents a collaboration among four villages, and has a goal of protecting endangered fishes in the genus Probarbus. A total of 250 people from two districts attended the celebration, including monks from a local temple, as well as government officials from Vientiane Province.  The opening ceremony was given by one of the attending district governors, who welcomed people and described the recent decline of the Probarbus population. He took pride in the Fish Conservation Zone project, which he said represented a valuable symbol for the communities and district authorities. During the event, FISHBIO staff also reported about the progress of our activities for the year, including the strengths, weaknesses, and lessons learned from project implementation, as well as concerns on how to practice conservation management for endangered species in the project area (which include Probarbus species and the Asiatic soft-shell turtle, Amyda cartilaginea). 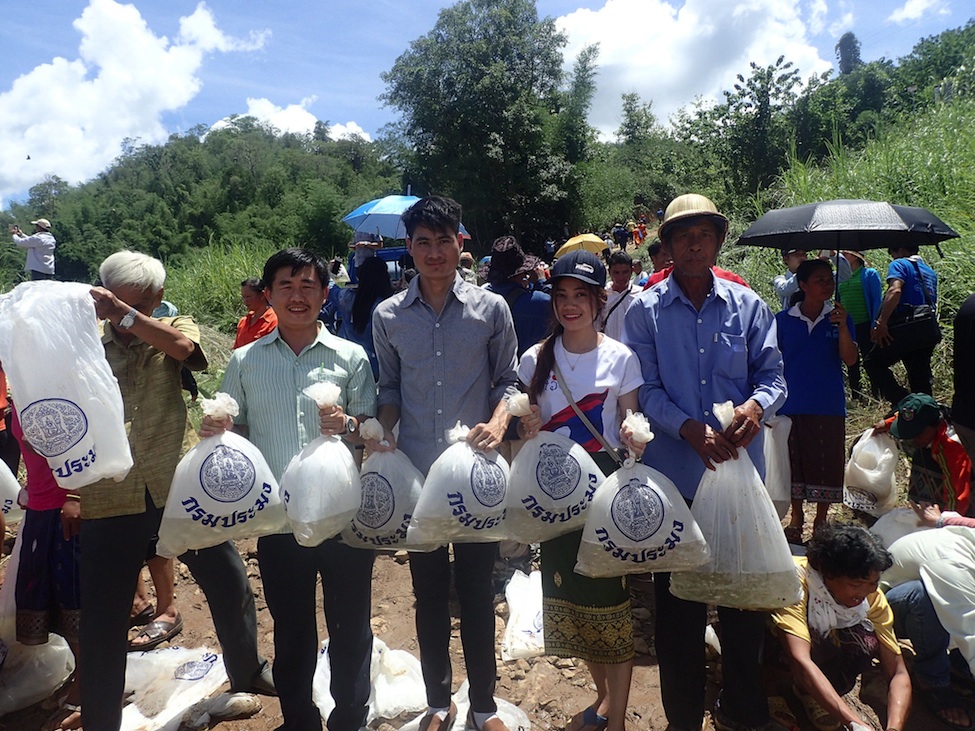 As the enforcement teams did not apprehend any violators in the FCZ this year, they were not able to collect any fines, so there are some concerns about how to budget for the management of patrol teams in the long term. However, even as the funding for the project implementation has ended, the communities and district authorities are still committed to keeping this FCZ moving forward. Interview surveys with village stakeholders showed that the use of illegal fishing gear in this area has been reduced, and people are aware that those violating the FCZ regulations will be punished. At the same time, there were reports that many juvenile Probarbus jullieni have been caught outside the FCZ with 3.5 cm gillnets. These reports provide hope that the FCZ is serving as a good refuge for Probarbus fish to reproduce. After FISHBIO staff finished our report and completed the official handover of the project to two district recipients, the head of Sanakham District Agriculute and Forestry Office (DAFO) gave his regards to the project funder (the Critical Ecosystem Partnership Fund) and pledged to continue this work. 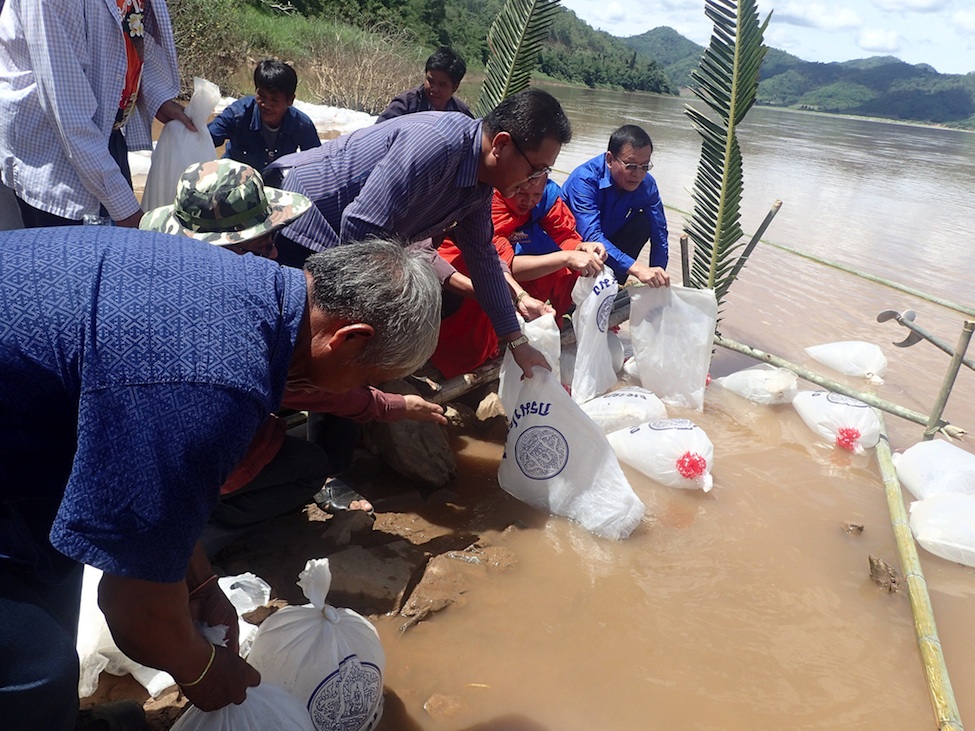 Finally, the day concluded with a Buddhist ceremony for the Kengmai FCZ and fish releasing to help solidify the community’s value and respect for the FCZ. Laos is a predominantly Buddhist country, and the involvement of the local spiritual community can have great benefits for conservation (see Monks helping fish). More than 1,000 bags of fish fingerlings were released inside FCZ along the Mekong River, including silver barb (Leptobarbus hoevenii) and Indian carp (Labeo rohita). Fish releasing is practiced nationally in Laos every year, and we hope that this ceremony will provide a strong message for the community to respect the no-take zone and its fish as part of their religious beliefs and cultural practices.