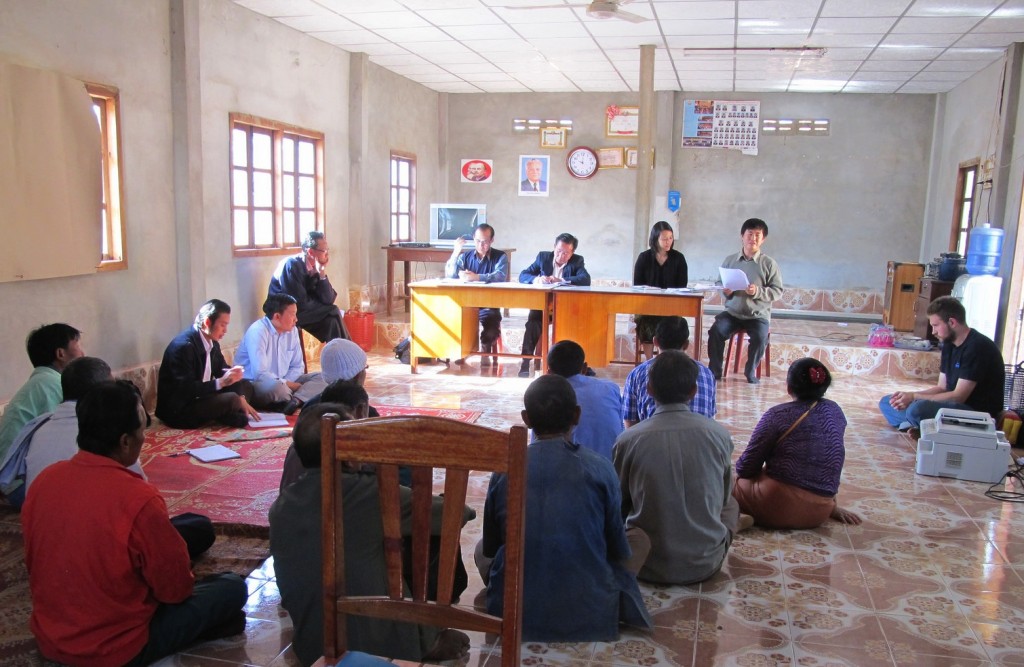 Fresh roasted fish and sticky rice accompanied conversations about fish populations and community fisheries management at a lunch celebrating the close of the Mekong Fish Network’s first participatory fisher survey program in Lao PDR. FISHBIO conducted this pilot study with a grant from the Mohamed bin Zayed Species Conservation Fund, and facilitation help from the Sang Thong District Agriculture and Forestry Office. For three months, fishermen from the villages of Ang Noi and Sakai worked with FISHBIO staff to record important data related to their fish catch. The pilot project aims to create a standardized data sheet that can be used as a common data collection method throughout the Mekong River Basin. This data collection has to strike a balance between thoroughness and simplicity to be useful to both scientists and fishers.

An overarching goal of the project is to train community members to become more informed resource users and managers. The fishers of Ang Noi and Sakai participated in training workshops where they learned how to record standard fish lengths, use digital scales, and better identify the fish they were catching. They also learned to record data on fishing gear types, habitats fished, and the amount of time spent fishing. Members of each village’s Lao Women’s Union collected and organized the project data sheets, and were also responsible for photographing any rare or unknown fish. 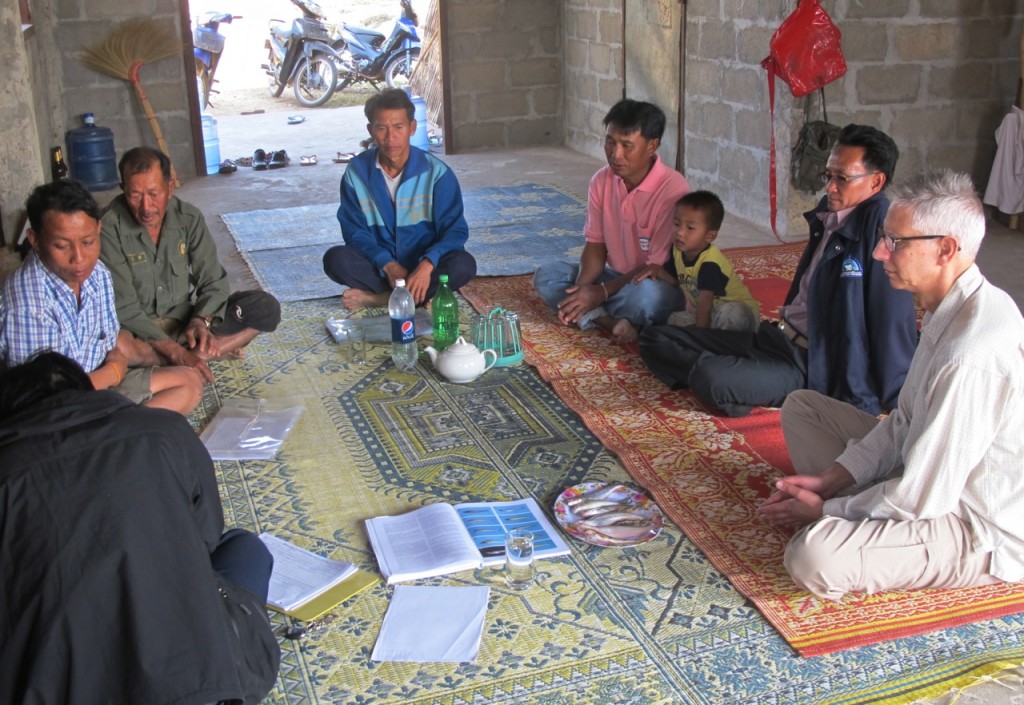 The preliminary data from this project give an interesting look at the local fish population as well as local fishing techniques. Fishers caught more than 62 different species in the three-month period, including two species of conservation interest, Probarbus jullieni and Probarbus labeamajor (both classified by the IUCN Red List as endangered species). A total of 22 Probarbus fishes were reported in the catch, and 86% came from Ang Noi. While both villages fish in waters known to be Probarbus spawning habitat, Ang Noi fishermen use nets more frequently than the fishers of Sakai, who use longlines far more frequently. Identifying which gear types are more hazardous to endangered fishes is just one way information from the standard sampling program will be useful to resource managers.

The close of the first pilot study was celebrated as a success by all participants and collaborating organizations, and has inspired the two villages to begin planning Fish Conservation Zones for Probarbus. FISHBIO hopes to continue our work with these communities to continue monitoring activities and support the development of conservation strategies and capacity building for both the villagers and district government.