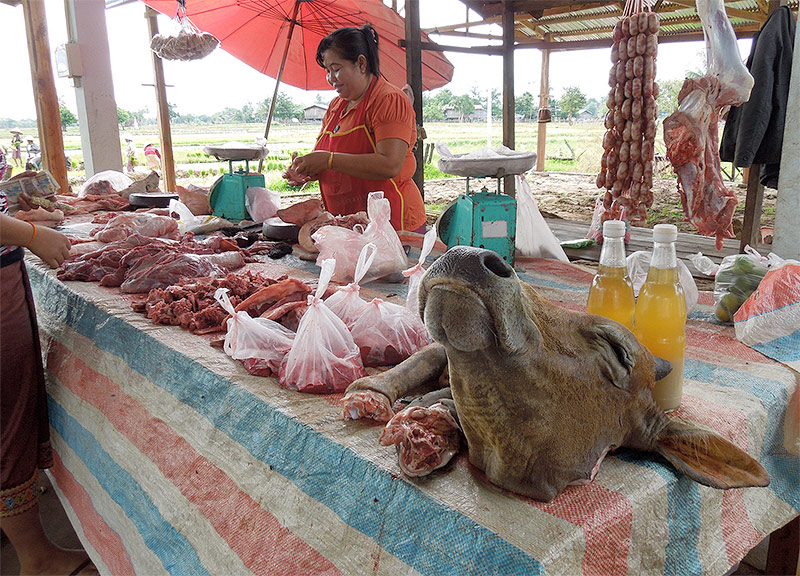 Americans eat a whole lot of beef, with an average annual per capita consumption of 279 pounds (USDA 2012), the U.S. ranks 3rd in the world (FAO 2009). However, we aren’t typically interested in eating or using all parts of the cow. In contrast, beef is a relatively small part of the usual diet in the Lower Mekong Basin. Lao PDR ranks 128th in the world, with roughly 28.8 lbs. per capita (FAO 2009). Cattle production and beef consumption in Laos is limited by the high cost to procure, raise, medicate, and feed livestock, or because of preference for alternative land uses and food sources. Rural villagers who are able to raise a few cattle typically butcher them when they have pressing economic needs or for special occasions. When a cow is butchered for sale there is very little left to waste, with meat, organs, bones, or stomach bile sold at different prices. The high cost of beef at markets, relative to other protein sources, means it is infrequently accessible for the majority of Lao’s rural population. Villagers often rely very heavily on catching fish from the Mekong River and its many tributaries for their protein.