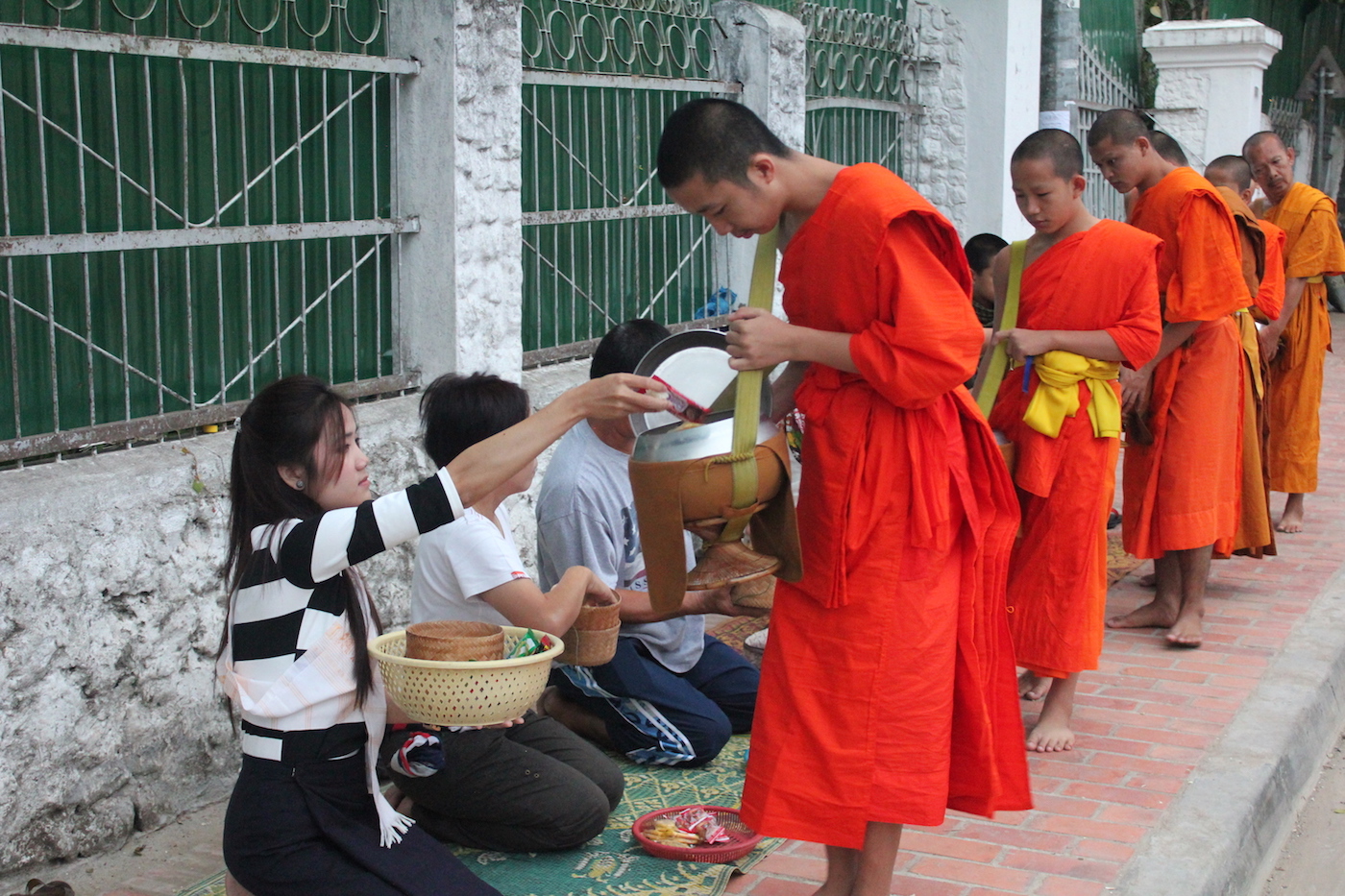 Alms giving is a Buddhist ceremony that is an indispensable part of Lao culture. Lao people give alms every morning on special Buddhist days, and some people also do it on ordinary days. FISHBIO staff in Laos often participate in this custom. In the early morning, Buddhist monks and novices come out to beg for alms from 5-7 a.m. One temple usually has five to 10 monks and novices, and they walk in a row along the road.

People who go to give alms traditionally wear a Lao skirt and white blouse, or trousers and a cloth shawl, and remove their shoes. They will fill a silver bowl with food, fruit, glutinous rice cakes, steamed sticky rice, water bottles, money, incense, candles and flowers. These offerings are presented to the monks, who after receiving the alms will give a blessing by sprinkling water on the ground. 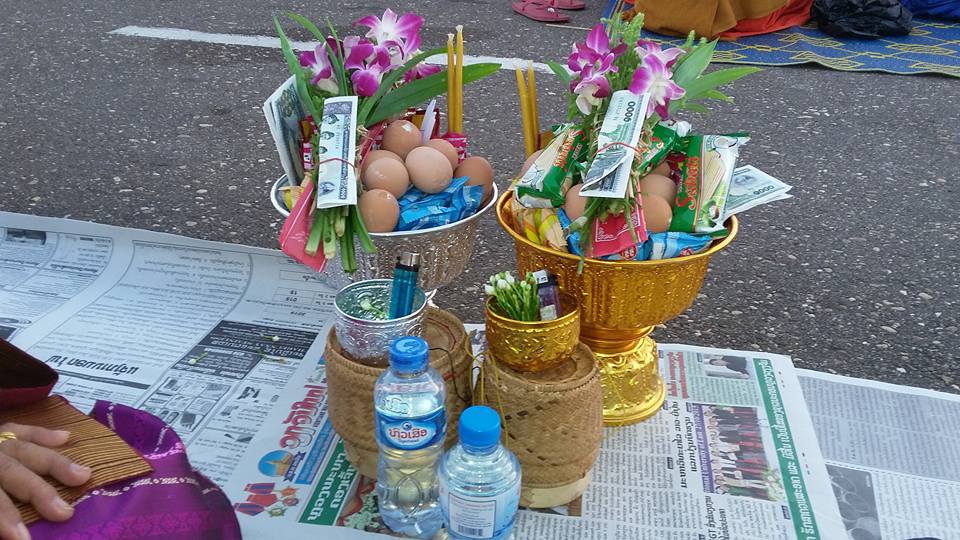 Lao people believe giving alms is a donation of merit to relatives who have passed away. People also give alms to receive a blessing from Buddha, to keep traditions, and to pass customs to a new generation. The most common times to give alms are the start of Buddhist Lent in July, the end of Buddhist Lent in October, and the Thatluang Festival in November. Lao people have respected and practiced the alms giving ceremony for a long time, just like many other customs practiced by local people.