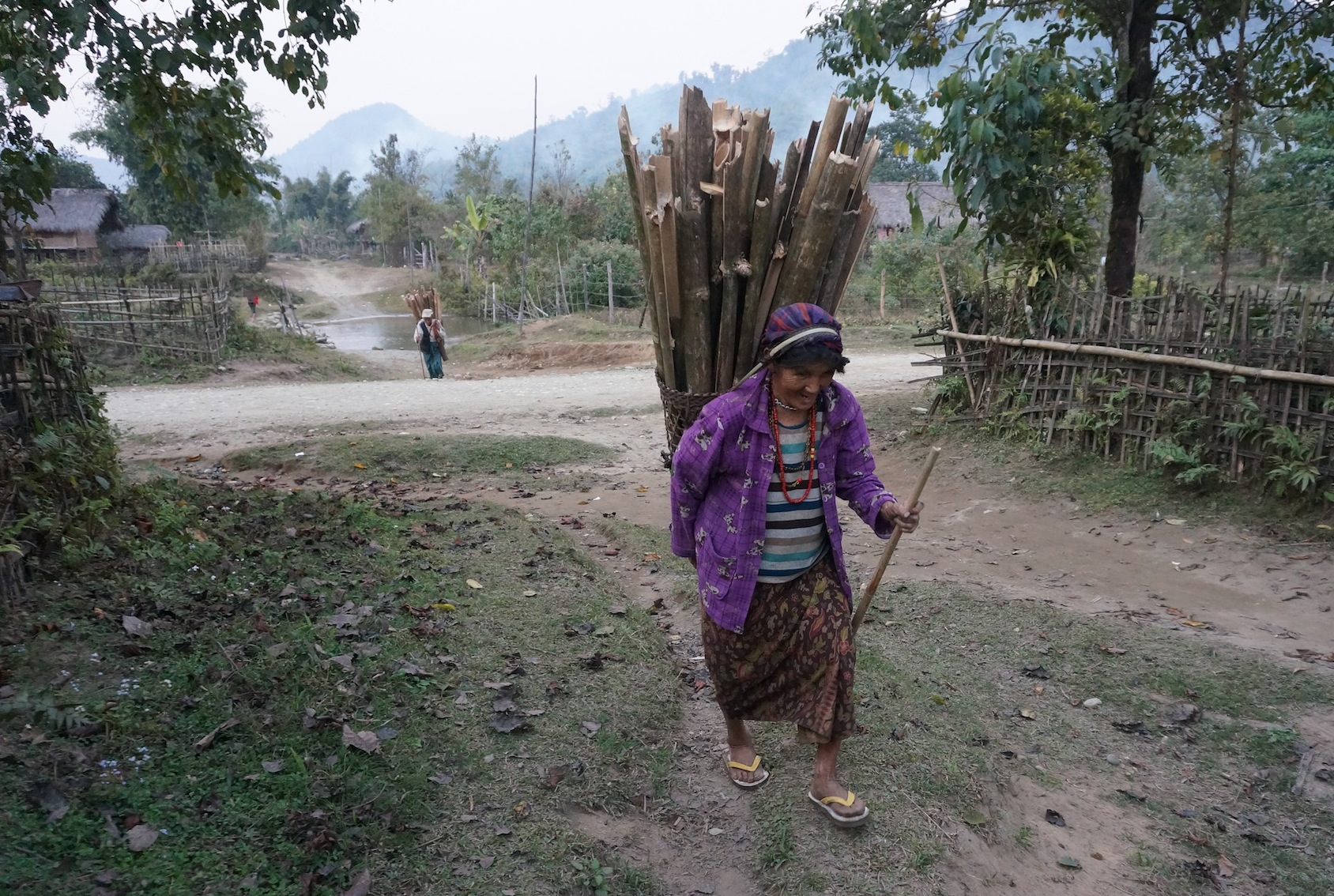 In rural or remote parts of Southeast Asia, there are few markets or stores – instead, many people grow much of what they need and harvest the rest from nature. We’ve often seen in Laos how local people turn to their natural surroundings for food and other resources (see Riverweed, Wildlife on the Menu), and recently observed the same in Myanmar. FISHBIO staff traveled to the northwestern-most edge of Myanmar with Fauna and Flora International to conduct fish surveys and help establish Fish Conservation Zones. Along the way, we stayed in local homes – traditional wooden raised houses with thatched roofs. In each house we visited, most of the rooms had a square fire pit in the middle for cooking and heating. We appreciated the warmth amid the February mountain chill, but found it remarkable that the houses don’t burn down! Fuel for these necessary fires comes from the forest in the form of bamboo and other slender trees. Often, we saw elderly people emerge from forest trails, bent under massive loads of firewood on their backs. Despite their massive burdens, these grandparents were surefooted and often quite quick on the trail. 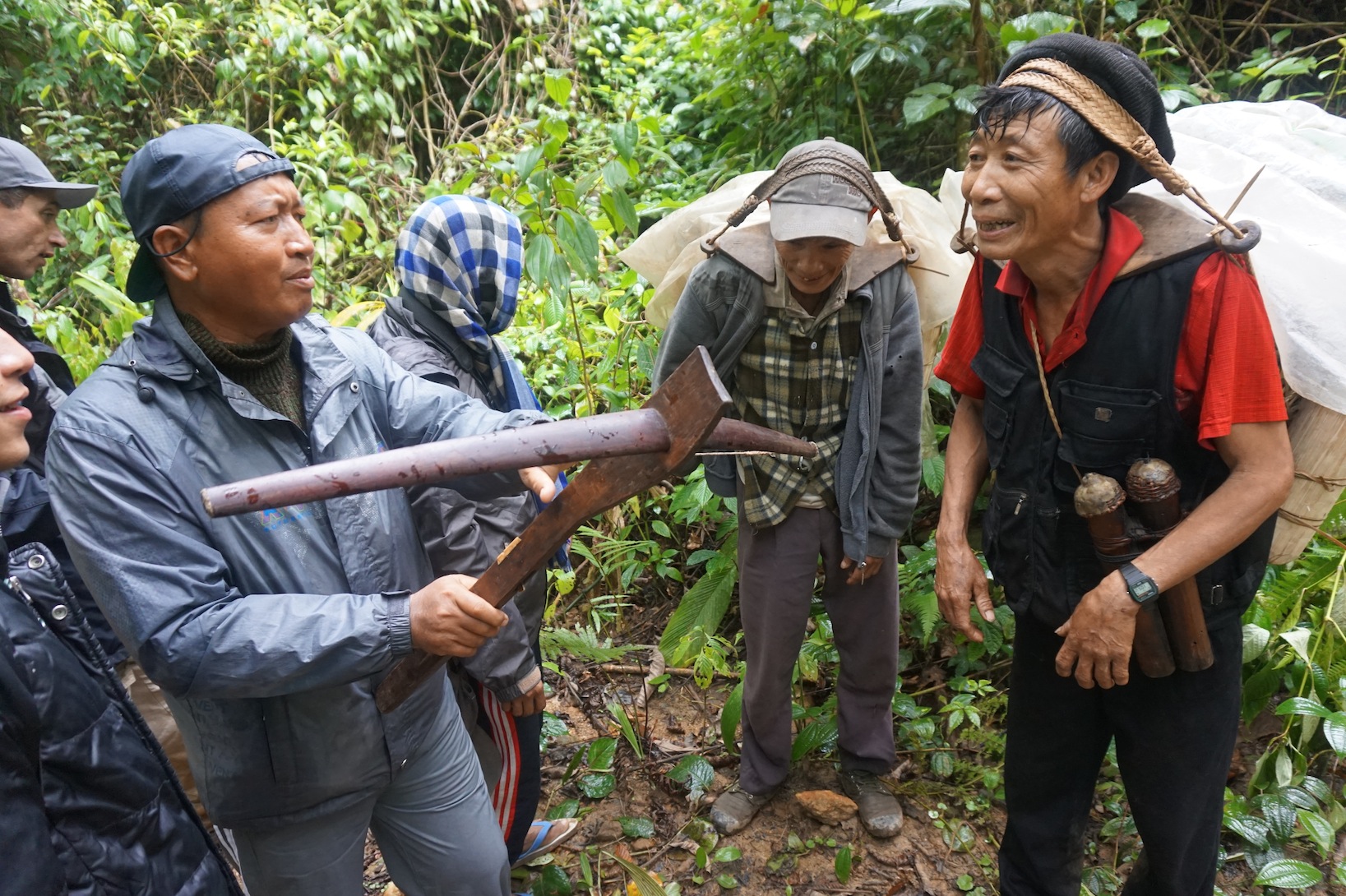 While the local people cultivate rice and grow gardens and fruit trees, they also hunt, forage, and fish in the forests around them. As we made our way back through the forest after a morning of electrofishing, our local guide stopped to pluck some floppy, golden orange mushrooms growing on a fallen tree trunk. Many leaves and roots also have traditional uses, medicinal or otherwise. We encountered several hunters with traditional crossbows during our journey, and one had a carefully closed quiver of arrows tipped with poison from the toxic roots of a plant. The hunters were in search of birds, monkeys, or whatever else they could find. Historically, animals like river otters and porcupines called this region home, we learned during our conversations with the communities, but these species have all but vanished now in the region – “Sold to China,” as our collaborator put it. 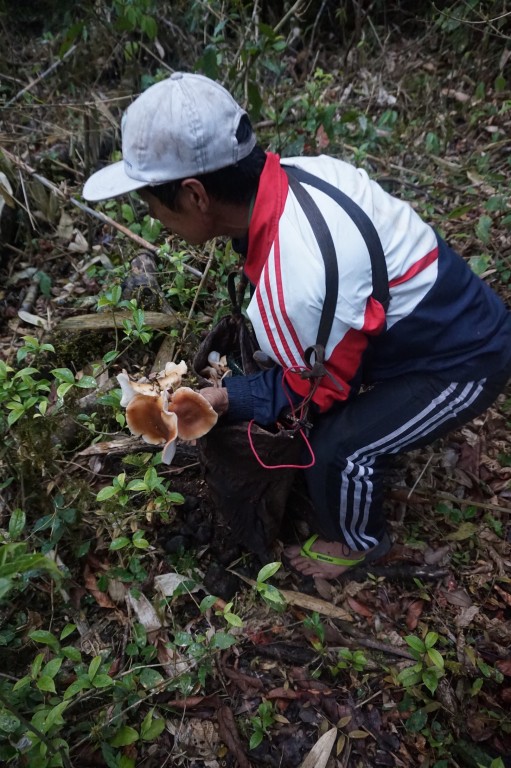 Livelihood options are few in these remote villages. We learned about one unusual source of revenue – a fungus that grows out of a caterpillar. This combination, known locally as “shibiri,” can fetch $2 to $3 apiece locally, with a markup to $10 a pop in Yangon. The fungus has purported health benefits as a traditional medicine. People both young old will hunt for shibiri if they have any free time in hopes of making a little extra cash – in fact, while our collaborators were busy preserving fish specimens after one our electrofishing surveys, our local guide wandered off to search the nooks and crannies of the hillside for shibiri (though he didn’t find any). Just like fish stocks can decline from overharvest, we hope this fungus will be harvested sustainably so that it isn’t next in line on the list of vanishing natural resources.