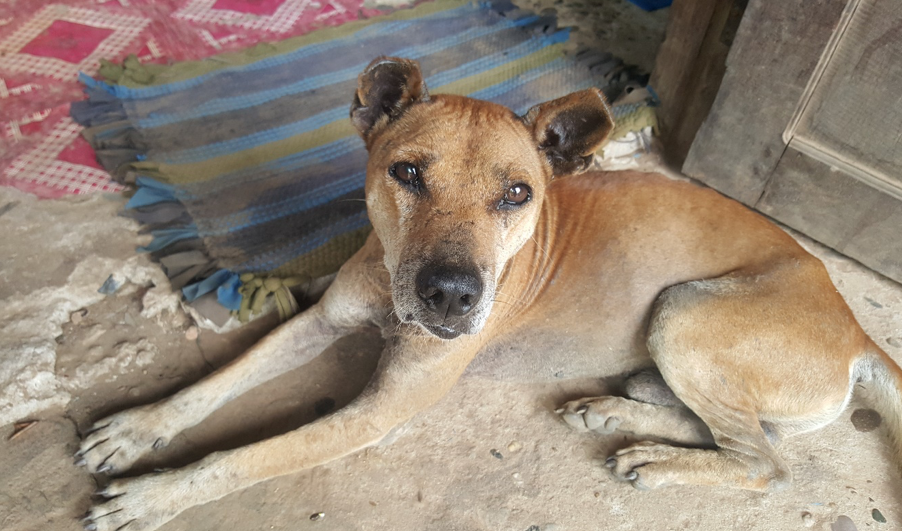 Pakpee village in the Nan District of Laos is home to the Lao Theung ethnic minority group. The village is located at the borders of Luang Prabang Province and Vientiane Province along the Mekong River. FISHBIO has been working with this village for many years to develop Fish Conservation Zones for Endangered Probarbus fish species. Because of the village’s location near mountainous areas and forest, villagers depend on nature for their food and subsistence. They work in upland rice farming areas as their primary job, and livestock raising is a secondary occupation.

People from this village don’t like to fish in deep water, especially the Mekong River near their village. Based on traditional practices from their ancestors, the villagers use wild animal hunting to harvest food in the forest instead of fishing. As part of this practice, they work with hunting dogs, known as “mapan” in Lao. The body characteristics of “mapan” differ from other dog breeds. In particular, they should have a good history from their parents regarding hunting experience. Their body is slim and not large, their ears are vertical, and they have skills to smell prey and bark when they detect wild animals. Each family in the village has at least five  to six dogs, depending on their capacity to feed the dogs every day. 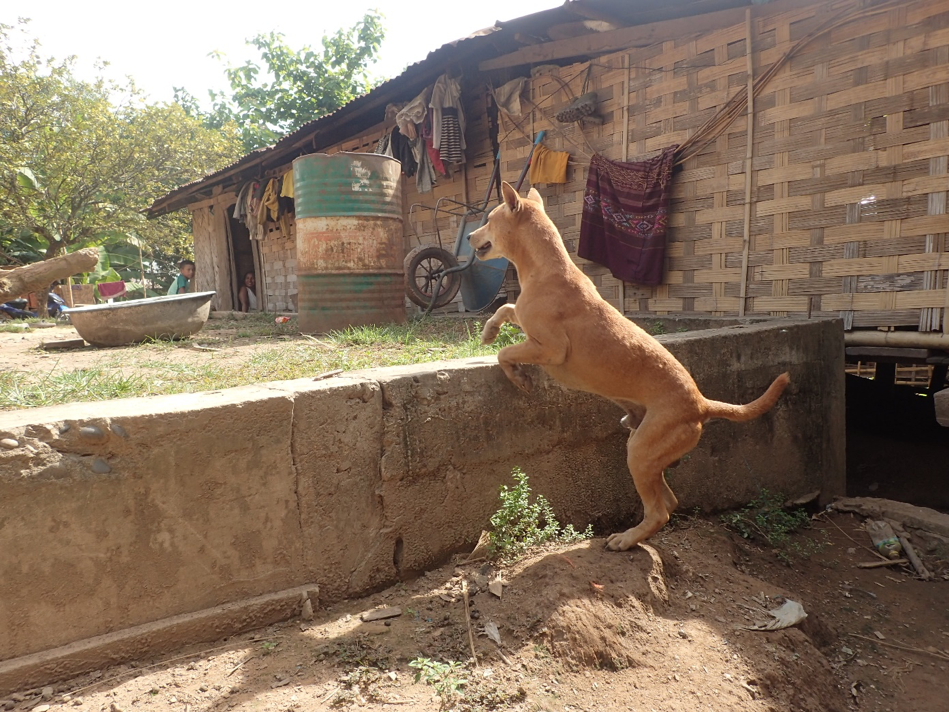 Our team recently interviewed Mr. Vath, a member of the village FCZ enforcement team. He has six dogs in his family and one of them is the leader named Jack. Jack is seven years old and originated from a hunting dog family. He learned from his parents while he was young and now he has been a leader of the dog team for more than three years. The dog owner said he trained Jack by notching his ear on one side every time he was not successful in hunting, when he barked without seeing any wild animals, or was lazy while hunting in the forest. From this training, Jack became a very strong team leader and sets an example to the other five dogs, which actively follow him. Other dogs receive the same training of ear notching, and unsuccessful dog hunters will be removed from the team if they don’t follow their owner’s speaking commands. 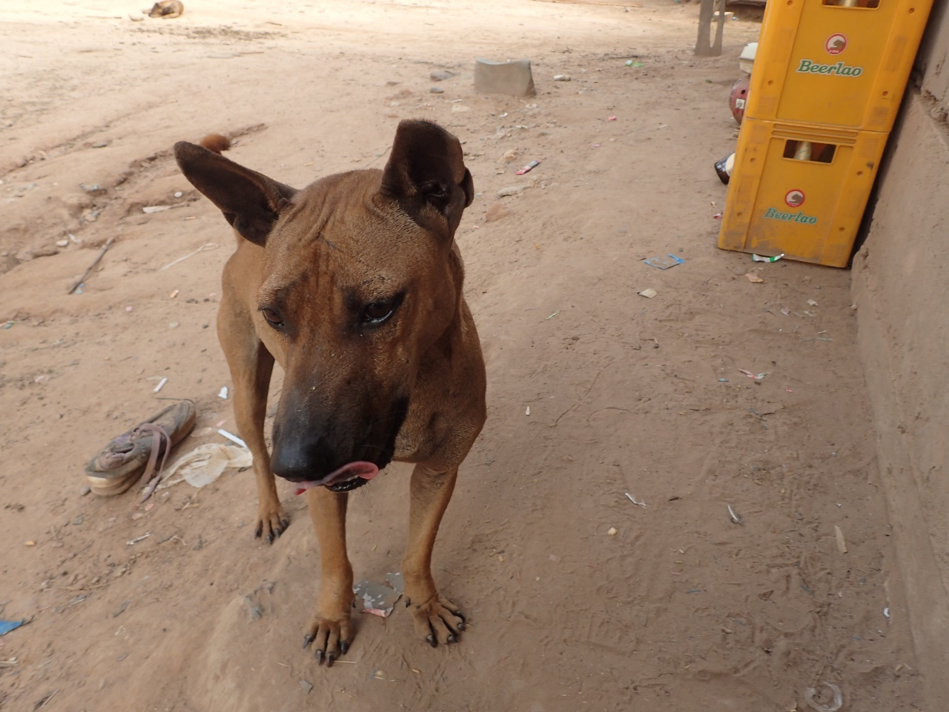 Mr. Vath loves his dogs and looks after them as part of his family because the dogs participate in earning food for the family. Most of the time he gets meat from hunting with these dogs in the forest. Mr. Vath said the dogs hunt by smelling to detect and follow the trails of animal footprints. If one dog sees or smells the prey, it will bark and run in that direction to tell other dogs, and the dogs will attack the prey. Mr. Vath also brings a handmade gun along with him to kill wild animals if they are large. Each year, this dog group hunts many wild animal species such as wild boar, deer, bamboo rats, squirrels, monitor lizards, porcupines, snakes, wild rats and others. After a successful hunting trip, dog owners divide raw meat among their dogs to eat as a reward. At present, wild animals have declined rapidly compared to past years. This means the villagers have faced many difficulties when hunting as well. While the government has prohibited hunting of protected wild animal species, life is continuing with traditional practices to harvest wild food to eat with the help of the hunting dogs of this village.