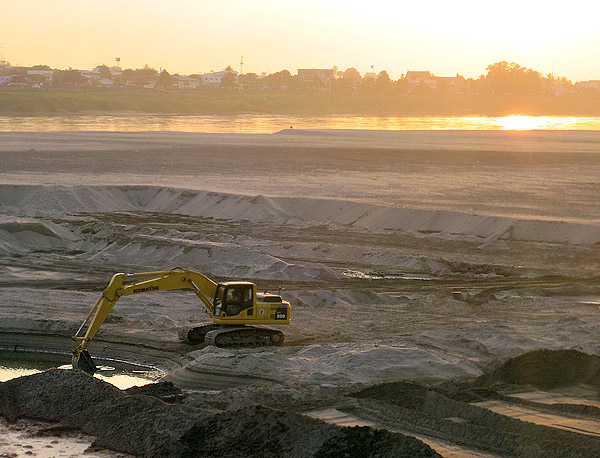 The Mekong River Basin of Southeast Asia encompasses parts of China, Myanmar (Burma), Lao People’s Democratic Republic (Lao PDR), Thailand, Cambodia, and Vietnam. Flowing over 4000 km from its headwaters on the Tibetan Plateau, the Mekong is a highly dynamic and productive river with a great deal of untapped hydropower potential. The Mekong is also home to over 850 species of fishes, the largest freshwater fishery in the world, and about 65 million people who depend on the river for food and income. There are currently plans and investigations to develop over 130 hydropower projects in the Basin. While hydropower could bring much-needed income to the region’s developing economies, it also has the potential to influence fish populations and human food security. The governments of the Basin are facing some very challenging decisions, which may require making some trade-offs.

The Mekong demonstrates the largest range of flows of any river on Earth, and the second-highest fish diversity (Adamson et al. 2009). With aquatic fauna such as freshwater puffer fish, electric eels, giant rays, sole, huge catfish, and dolphins, the Mekong is a highly diverse system. Over 850 species of fishes have been described and there are estimates that over 1200 species may be present (Rainboth 1996, Hortle 2009), second in number only to the Amazon. The harvest of fish and other aquatic animals represents the largest inland fishery on Earth, with over 2.6 million metric tonnes captured annually at a value between $2.2-7.8 billion USD (Hortle 2009). Men, women, and children participate in fishing a wide variety of habitats with over 250 different gear types, and fish is a substantial proportion of human diets (Hortle 2007).

The Mekong is not only rich with fish, it is rich with the potential for hydropower. The massive volumes of water that move through the Basin each year could generate 53,000 MW of electricity (ICEM 2010). As development of the region sprints forward and local governments struggle to reduce poverty, the prospect of a hydro boom is enticing. The demand for electricity is projected to increase, and many people are living without electricity or with limited access to medical care. The potential economic benefits from building dams and selling electricity are obviously attractive to some government agencies and private investors. Despite the benefits of hydropower, it’s possible that the costs of developing such infrastructure could be higher than we can reasonably anticipate.

The current debate about the potential costs of hydropower centers around the impacts it may have on fish populations, the alteration of seasonal flow patterns, and the movement of sediment. As many fishes in the Mekong migrate between different nations at different life stages, there is concern about how the physical barriers from dams might influence movement, spawning, and survival. The extreme changes in river flows between wet and dry seasons would be reduced with reservoir expansion. It is this large magnitude of flows which many researchers credit as the main factor driving the high fisheries production in the system. Impoundment of the river for electricity generation may also reduce the amount of sediment reaching the Mekong Delta in Vietnam (Grumbine and Xu 2011). The Delta hosts lucrative rice cultivation, and a reduction in the amount of sediment reaching the Delta could mean the land available for farming is slowly washed away.

Choices about aquatic resource use and development represent some of the most fundamental decisions that regional governments of Southeast Asia will face in the coming years. How can the nations find ways to balance economic development, hydropower expansion, and rural food security? How much could be lost or gained under different development scenarios? These are tough questions, and the answers chosen will shape the future for the economies, the people, and the fish of the Mekong Basin.