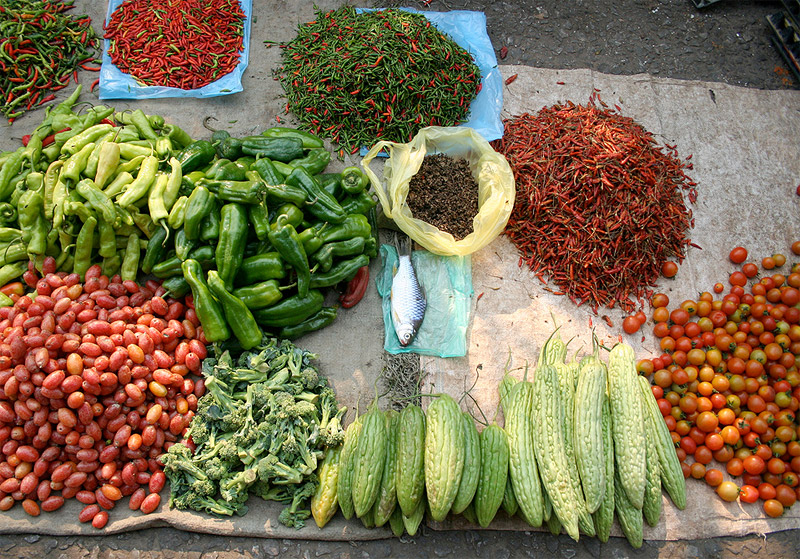 People of Southeast Asia are extremely dependent on the aquatic resources of the highly productive Mekong River for subsistence and income. We captured this photo in the middle of the dry season last February while visiting a market in Luang Prabang, Laos PDR. This farmer most likely fished the river to provide protein for her family and caught a couple of extra fish to sell with her produce at the morning market. As the dry season (December – May) wears on, fresh fish become more scarce and people have to rely on dried fish and Pa Dek as a source of protein. The protein is vital in a country that has experienced chronic malnutrition in rural areas, despite recent economic growth. Even though the Mekong is the richest freshwater fishery in the world, producing catches of over 2.6 million metric tons annually, timing is key.