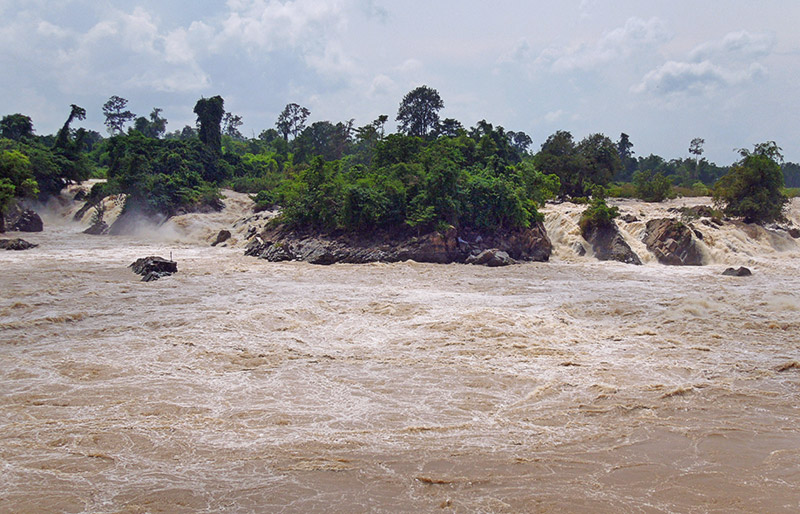 The Mekong River is known as the “river of life” for 60 million people in Southeast Asia, but such a mighty river can sometimes make life challenging. There is a major feature which complicates boat navigation from the Mekong’s confluence with the sea in Vietnam to the headwaters in the Tibetan Plateau. The churning waters of Khone Phapheng Falls, considered the “pearl of the Mekong”, are located in Champasak Province of southern Lao PDR (Laos). This formidable barrier is composed of waterfalls that reach up to 69 feet (21 m) in height along with a series of rapids extending over 6 miles (9.7 km) of the river’s length (see video). French boatmen of the late 19th century were baffled by these seemingly impassible rapids. The critically endangered Mekong giant catfish is known to inhabit regions near the falls, but the migratory patterns of this fish are not well understood and there has been debate about whether migration past the falls was possible. Genetic research (Na-nakorn et al., 2006) indicates that the same population of catfish have been captured both below and above the substantial barrier posed by the “pearl of the Mekong.” This portion of the river is braided and complex, with many channels and islands, and it is likely that one of these channels, the Hou Sahong, is especially important for migrations.