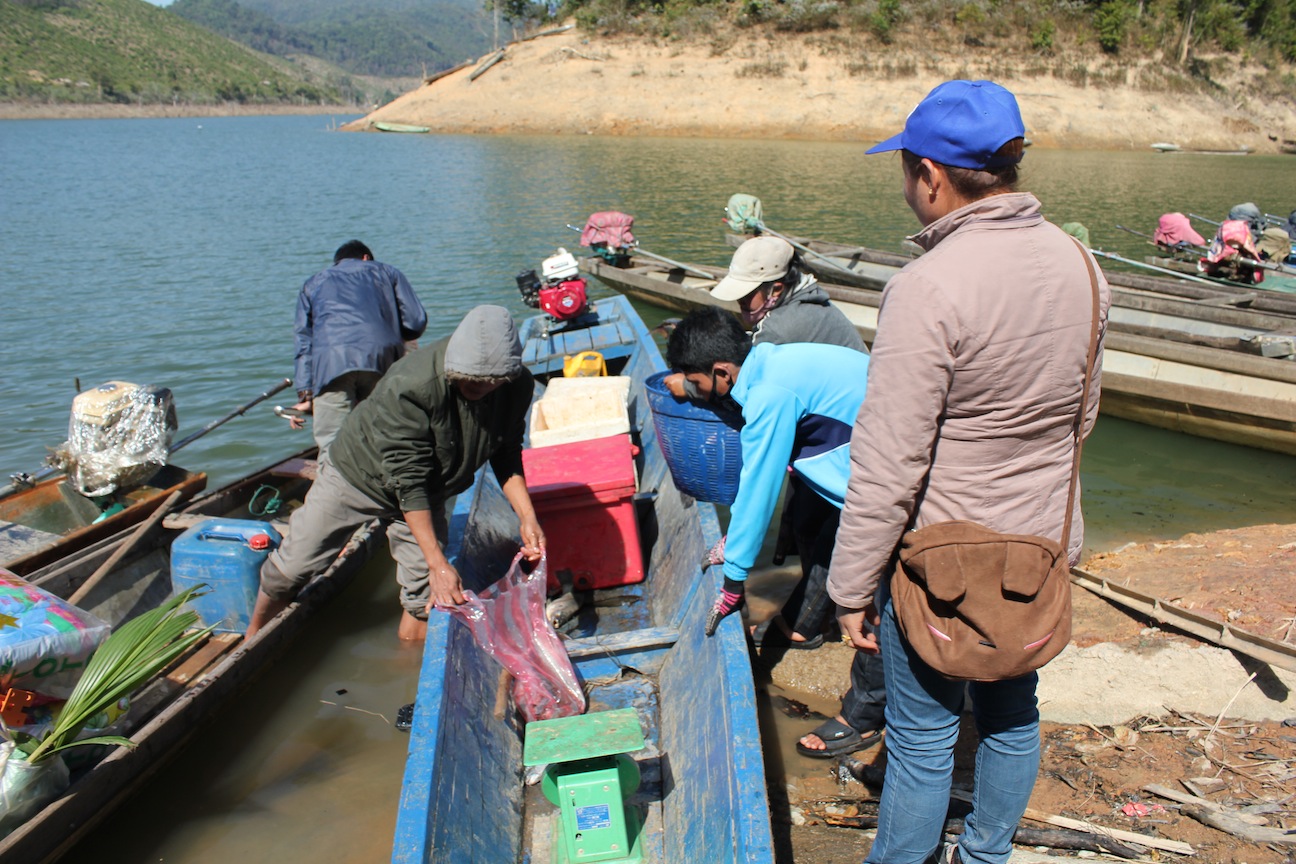 The Theun-Hinboun Power Company (THPC) in Lao PDR operates the Nam Gnouang Dam, which is built on a major tributary of the Nam Theun/Kading river system, and is located about 27 km upstream from the first Theun-Hinboun Diversion Dam. The reservoir behind the dam extends about 40 km upstream, and covers about 105 square km at full storage. Water is released from the reservoir when needed to supply the Theun-Hinboun powerhouse and is diverted at the Theun-Hinboun Diversion Dam downstream. Once the Nam Gnouang Dam was completed, the hydropower company helped develop fisheries management for villages that were resettled during the dam construction (including Ban Sopchat, Ban Sensi, Ban Thambing, and Ban Phonkeo, which are now all resettled within Ban Keosenkham). This included setting up the reservoir management committee, and establishing fishing regulations and village fishing committees. In addition, Fish Conservation Zones were established in about 11 deep pools in the reservoir, and in about 8 pools in nearby river tributaries, to protect aquatic animals. 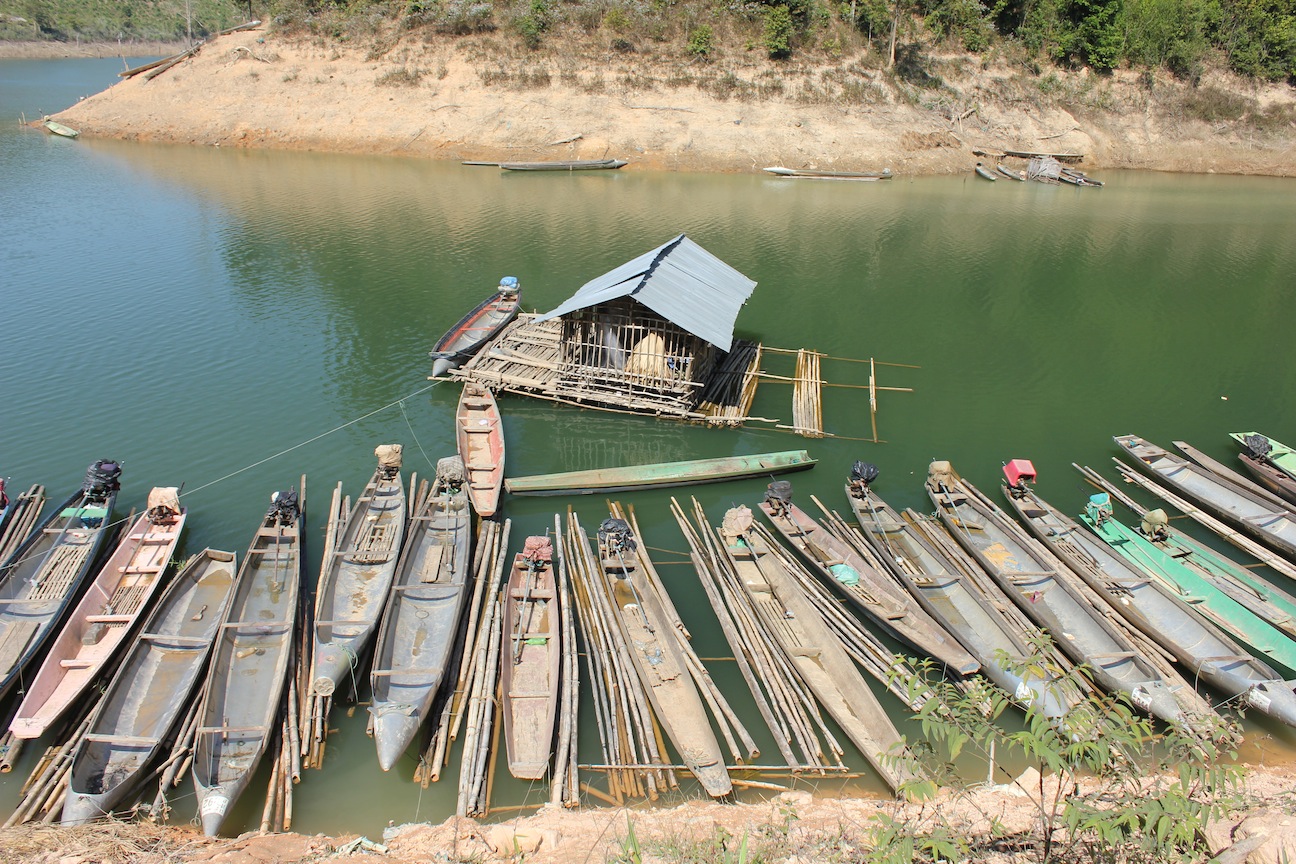 FISHBIO is currently assisting THPC to review their river and reservoir fisheries monitoring program. When we visited the reservoir, we learned about the many regulations in place for managing access and fishing practices in the reservoir. Licenses are required for people to fish in the reservoir, the fishery consists of about 184 boats, and gill nets are the most common type of gear, although some people fish with cast nets or hook and line. About 154 people in the villages around the reservoir have licenses. Each fisherman pays 50,000 kip (about $6) per year, is permitted to use a minimum gill net mesh size of 3 cm, and is limited to catching 5 kg of fish for consumption each day. About 23 people from villages outside the reservoir area also have licenses, and either pay 10,000 kip (a little more than $1) per fishing trip, or pay 100,000 kip (about $12) per month to catch fish to sell, and are permitted to use a minimum mesh size of 6 cm. Fishermen typically sell both fresh and dried fishes in Ban Keosenkham and Ban Thasala every day, including common carp, tilapia, and Hampala barb. THPC has been working with communities around the reservoir to monitor their fishing catches, and we have been learning a lot from their efforts.