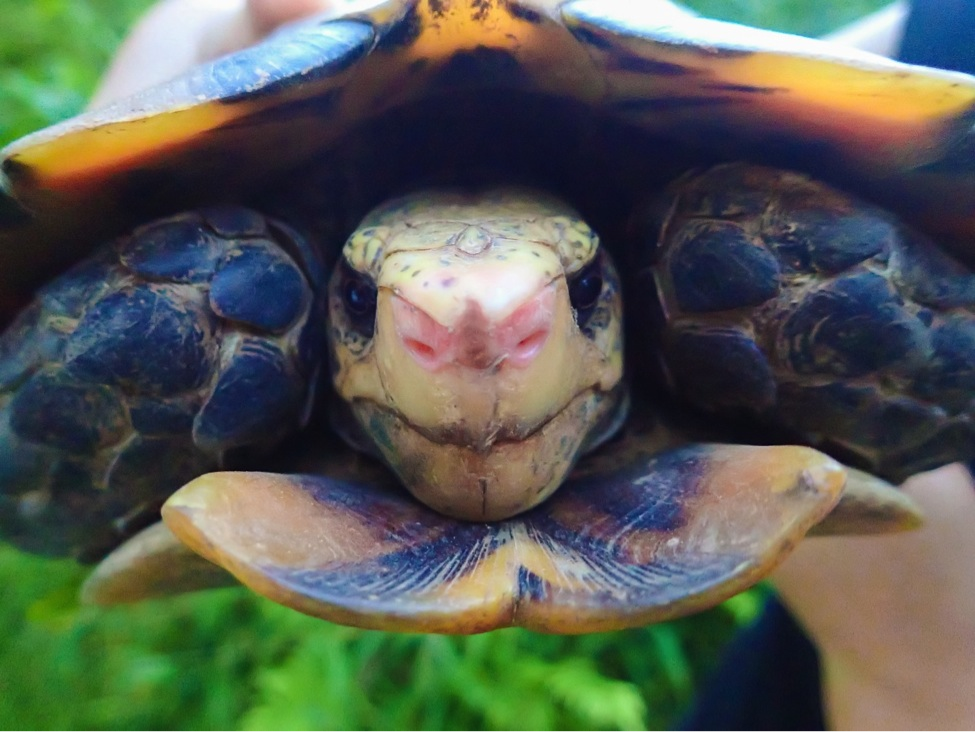 Field work in southeast Asia often involves a trip to the local market. It’s a great way to survey the local fish catch and can often lead to surprising and fascinating discoveries (including new species), especially considering some of the unusual (by American standards) food items in Lao (see Ant snacks). During some recent field work in the town of Xam Neua in Northern Lao we toured the market in the early morning and found the usual fare: fresh fruits, vegetables, and protein of all kinds, along with traditional medicines and local handicrafts. However, one particular item stood out at a table covered in various types of bush meat like flying squirrels, bamboo rats, sparrows, peacocks, and frogs: a large tortoise placed upside down and still alive. 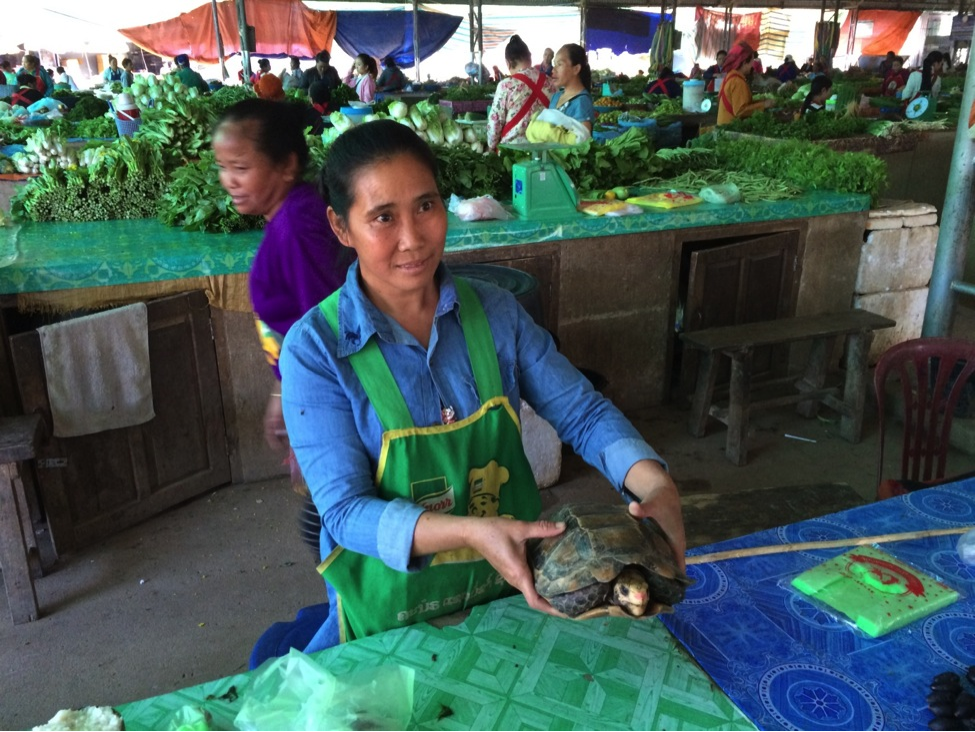 One of our more compassionate biologists decided then and there that the tortoise needed to be rescued from the soup pot and negotiations began on what turned out to be a 150,000 kip (~ $19 dollar) purchase. As more locals gathered around to gaze at the unusual sight of two out-of-place foreigners purchasing a live tortoise, we began receiving tips on the tortoise’s favorite foods, how to cook the tortoise, and the supposed medicinal benefits that eating it would provide (good for the heart, they said). The tortoise was placed in a bag, and a nearby vendor added some mushrooms (its favorite food), then off we went to complete the day’s fieldwork evaluating fish conservation zones (FCZs).

Amidst purchase offers, a daring escape attempt, and many laughs from locals, it was determined that we needed a remote and secure location to release the tortoise – somewhere it would not be recaptured and immediately returned to the market. Our driver suggested a nearby protected area that we would be traveling though that evening. Around dusk we passed through the small protected area along National Road 6 and pulled over near a dense thicket. Some quick words were spoken and the tortoise was carried away from the road and placed deep in the forest. A couple of days later, we returned to the district government office and noticed a poster on the wall with pictures of “Threatened Wildlife of Lao PDR.” There it was: the Impressed tortoise, Manouria impressa, listed as vulnerable by the IUCN Red List.