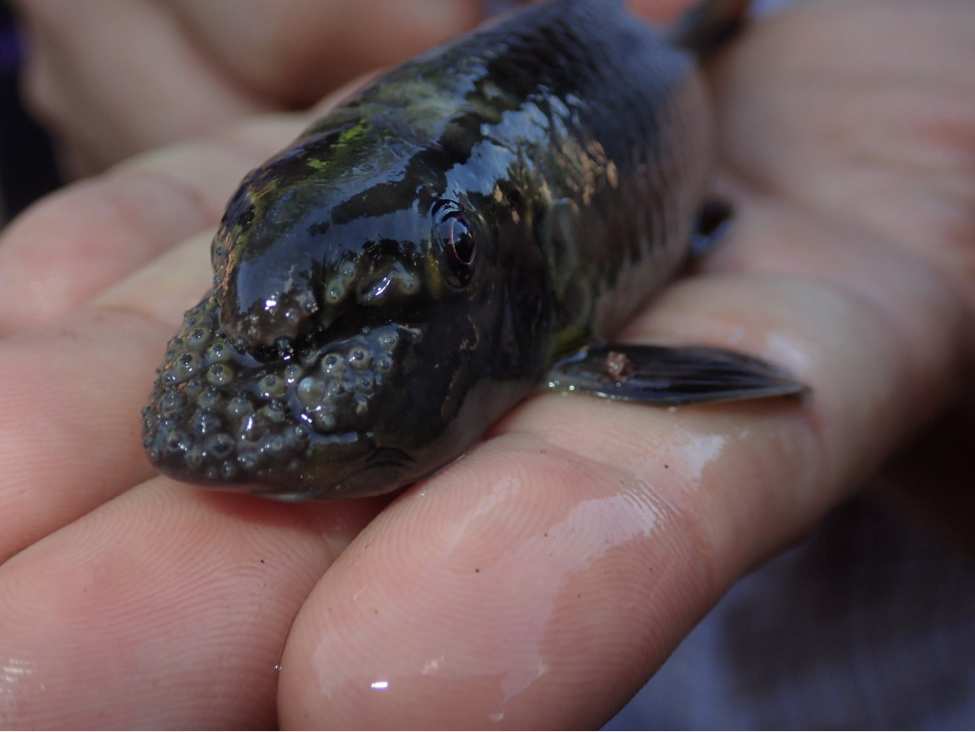 While the staff at FISHBIO have certainly encountered some strange fish throughout our careers (see Got teeth, Jabba the Hutt?, Cute or ugly?, The old man in the sea), most of these weird and fascinating species are inhabitants of the ocean depths. However, on a recent study tour of Fish Conservation Zones in northern Laos, some of our biologists encountered a rather odd-looking native fish in one of the streams of Xieng Khouang province. This unsightly and unusual fish, Garra fuliginosa, is a little-known member of the family Cyprinidae, which is the largest fish family and includes minnows and carp. The Garra genus is a little-studied group of more than 120 fish, which range from southern China, across Asia, all the way to north/central Africa. New taxa are described on a regular basis and many existing species are probably misidentified. In fact, a literature search on this particular species, originally described in 1934 by Henry Fowler, reveals a confusing collection of alternate names, including Garra fisheri, Garra nasuta, and Discolabeo fisheri. 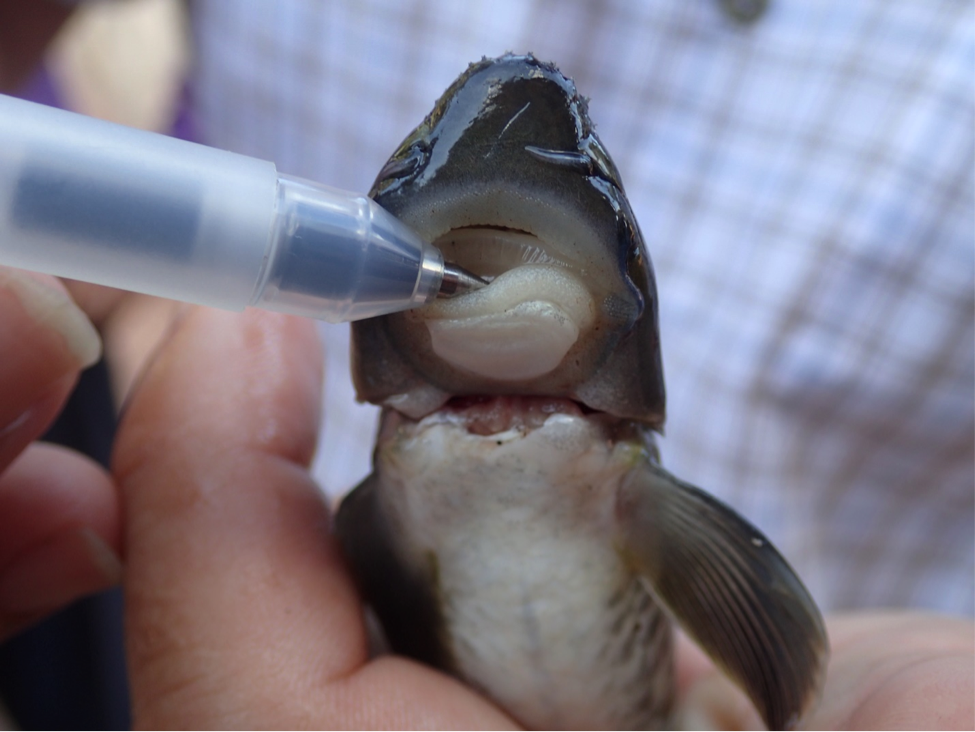 These poorly studied fish occur in the swiftly flowing water of rocky tributaries and headwaters of the Mekong and Chao Phraya basins. They prefer clear, oxygen-rich water, which provides favorable conditions for their diet of algae, plankton, and aquatic insects. The fish are well adapted to this diet with a modified lower lip that acts as an adhesive disk for clinging to rocky surfaces in fast-moving water. The edges of their jaws are hardened, forming a rough surface that allows the fishes to scrape algae and other detritus off of the river bottom. While these fish are not commercially targeted, they sometimes show up in fishing catches – and wind up in local cooking when they do. However, much remains a mystery about this enigmatic species – including the purpose or usefulness of what appear to be warts covering its face.