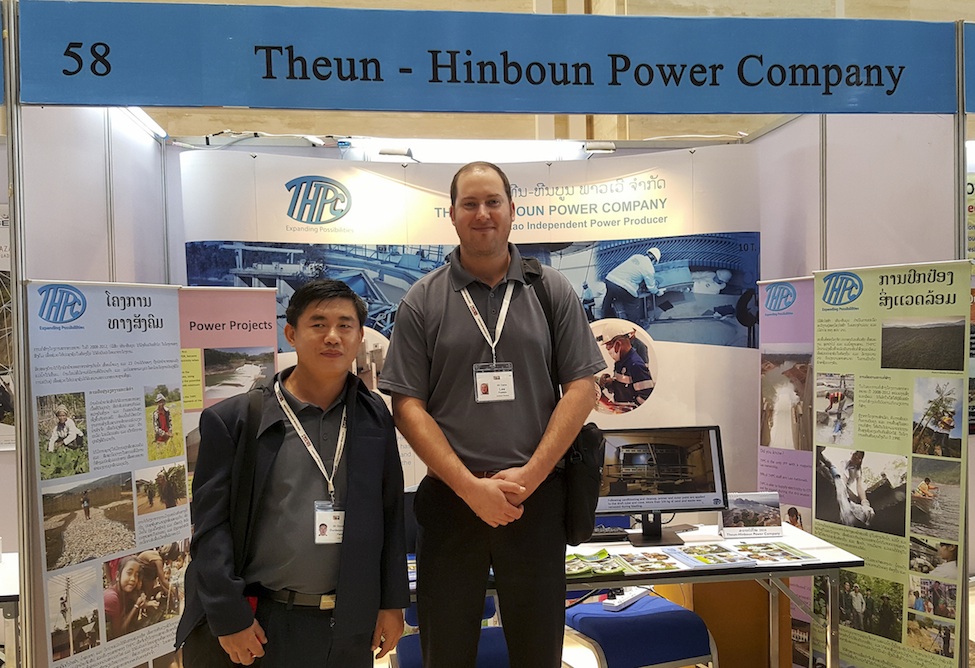 Earlier this year, two of our biologists had the opportunity to attend ASIA 2016, the Sixth International Conference on Water Resources and Hydropower Development, in Lao PDR. The event, organized by the International Journal on Hydropower and Dams (Aqua-Media International), was an opportunity for developers, suppliers, experts, policy makers and practitioners to meet and gain insights on current activities, topical issues, and development plans in one of the most active hydro-developing regions in the world. The conference was attended by a total of 825 delegates from 47 nations, such as China, India, Nepal, Vietnam, Cambodia, Afghanistan, Kyrgyzstan, Mongolian, Papua New Guinea, and the Solomon Islands. The opening plenary speaker H.E. Khammany Inthirath (Lao minister of Energy & Mines) pointed out that international experts from all over the world were able to gather in Laos, “all speaking the same language: hydropower.” The conference covered a diverse array of topics including project finance and risk management, concession agreements in hydropower projects, safety of water infrastructure, hydrology and flood management, sustainability and transboundary cooperation, managing sedimentation, environmental and social aspects, and climate resilience. 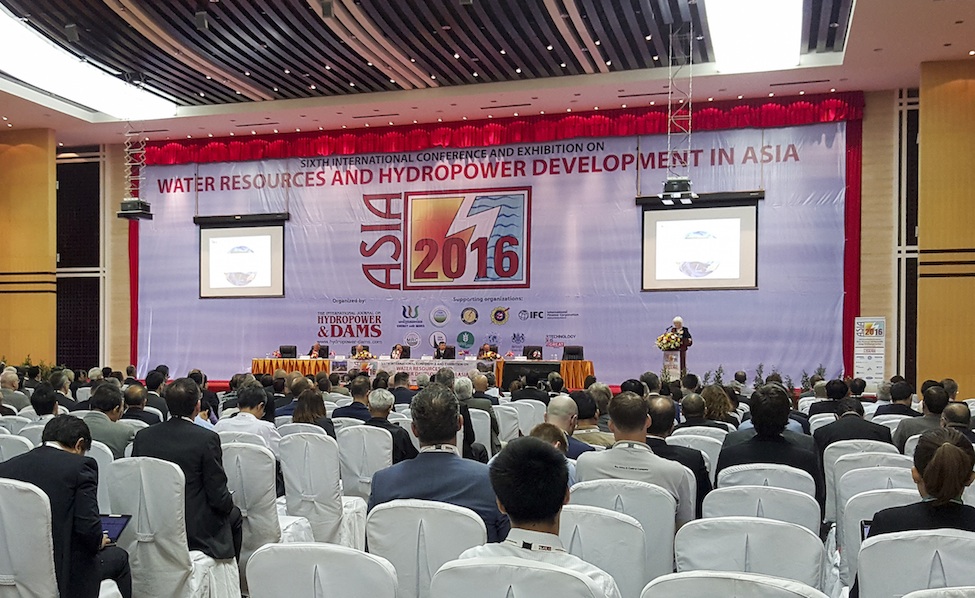 The level of participation in this bi-annual event could be attributed in part to interest in the fast-paced hydro development program of Lao PDR. Laos currently possess about 3,200 megawatts (MW) of installed hydropower capacity, but is on track to dramatically increase these totals in coming years. While Lao PDR will soon double its hydropower capacity with projects that are currently under construction, this will only represent a fraction of the hydropower capacity that the country expects to develop in the next few decades. The five-year development plan of the Ministry of Energy and Mines calls for 10,000 MW of hydropower capacity to be commissioned by the year 2020, and 20,000 MW to be developed before the year 2030. The country’s total hydropower potential includes 357 hydropower projects, representing 26,147 MW, that are currently proceeding forward or are under consideration. Much of this power will be exported to foreign countries, primarily Thailand and Vietnam, in an effort to reduce poverty and meet the goal of taking the country off the list of least developed countries by 2020. The Lao government has agreed to supply 7,000 MW of power to Thailand, 5,000 MW to Vietnam, and 1,500 MW to Cambodia by the year 2020. Domestic energy consumption is growing by approximately 10 percent per year, with 89 percent of households in Lao currently having access to power. However, many international experts and environmental groups warn that dam building on this scale will have profound consequences on the ecology and fish species of the Mekong River, as well as the lives of the people who depend on those fishes.

Some of the most interesting talks at the conference centered on the controversial Xayabouri Dam currently under construction in Lao PDR, which is the first mainstem dam on the lower Mekong River. Due to international pressure, an extensive and innovative fish passage has been designed for the dam based on the swimming abilities of fish species captured in the river. The fish pass is a hybrid design, featuring a 500-m long, 18-m wide vertical slot fish pass that leads to two vertical locks, which will lift fish upstream of the power plant. This mammoth fish passageway is designed with slots up to 2.2 m in width, big enough to pass even the largest of the Mekong fish species, including the Mekong giant catfish and the Mekong freshwater stingray. However, as the first fish passage in the region, the design is still untested and as one of the leading engineers on the project stated, we’ll only know whether fish can actually get across the dam once the project is completed.