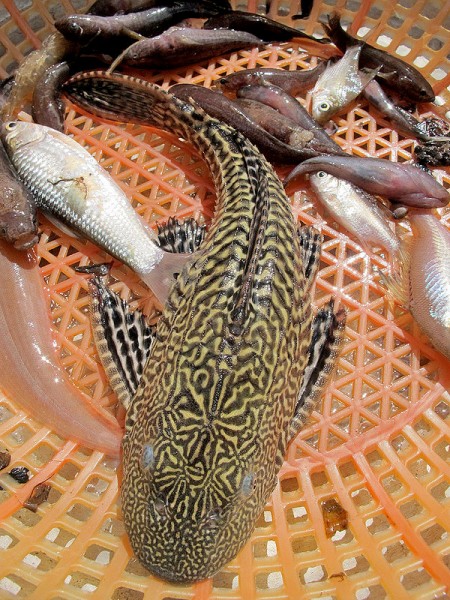 The last thing you might expect to catch in the Mekong River is a fish from the Amazon—but that’s exactly what can happen now. Researchers from Can Tho University in Vietnam use trawl nets and gills nets to survey fish diversity in the Hau River, a tributary of the Mekong, every other month. A recent survey pulled up two different species of sailfin armored catfishes in the genus Pterygoplichthys. Thanks to the aquarium trade, these natives of South America are now comfortably at home in Southeast Asia, North and Central America, and the Pacific Islands (Levin et. al 2008). 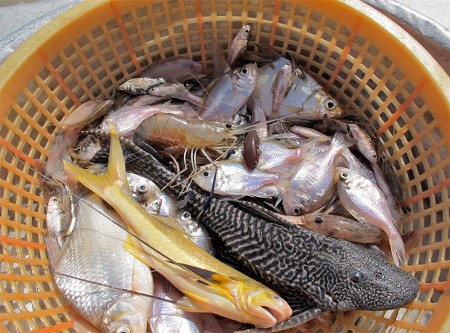 Sailfin armored catfishes and their relatives make popular purchases for ornamental fish collectors, thanks to their brilliant patterns and role as “algae eaters” that mow the scum off tank walls. Over time, these imported fish have either escaped or been released into the wild. Some scientists believe they are now breeding in the Mekong River (Levin et. al 2008). Researchers at Can Tho University are currently investigating whether the presence of these exotic fish affects the diversity of native fish species. A fish with a voracious appetite is good for cleaning a fish tank, but could pose a problem for other fishes trying to find food.