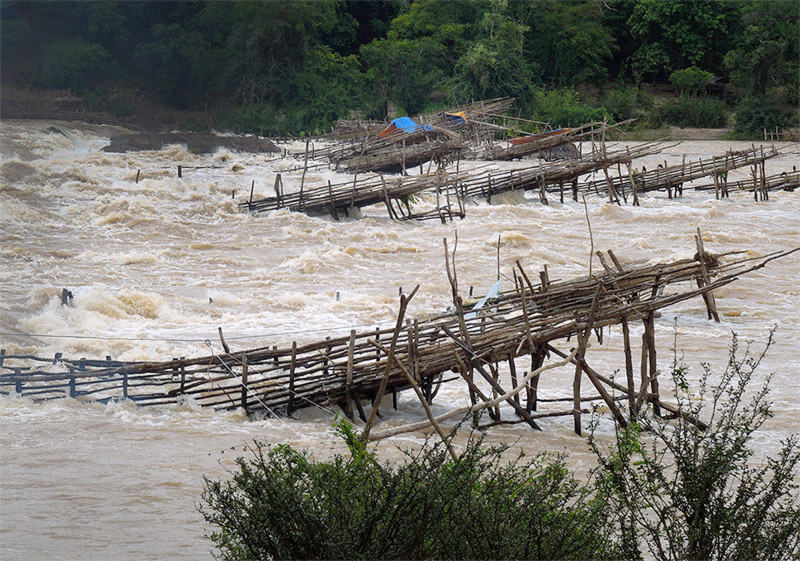 The rainy season in the Mekong Basin came late this year, but by July the water was starting to get high. Many species of fish have begun laborious seasonal journeys upstream. Every year local fishers build special “Lee” traps, that function somewhat like a wing trap. Tired fish are stranded when pushed downstream during rests in their migrations. The traps are installed in the river while the water is low. Built anew from bamboo every dry season, the Lee are eventually washed out with the rising waters of the annual rains. Local fishers nimbly scale across thin poles carrying a load of fish, while the river rushes below. Though this specialized fishery only operates for a few months each year, biomass harvests and catch rates are often high. Monitoring of the Lee trap harvests over the past 10 years has also provided one of the few long-term data sets for this portion of the Mekong. The traps are located in the “Si Phan Don” region of southern Lao PDR. Meaning “Four Thousand Islands” in Lao language, this part of the river is highly braided and complex. It is also famous for some of the most formidable waterfalls in the Mekong Basin. Migrating fish have quite a gauntlet to surpass in this part of the river.