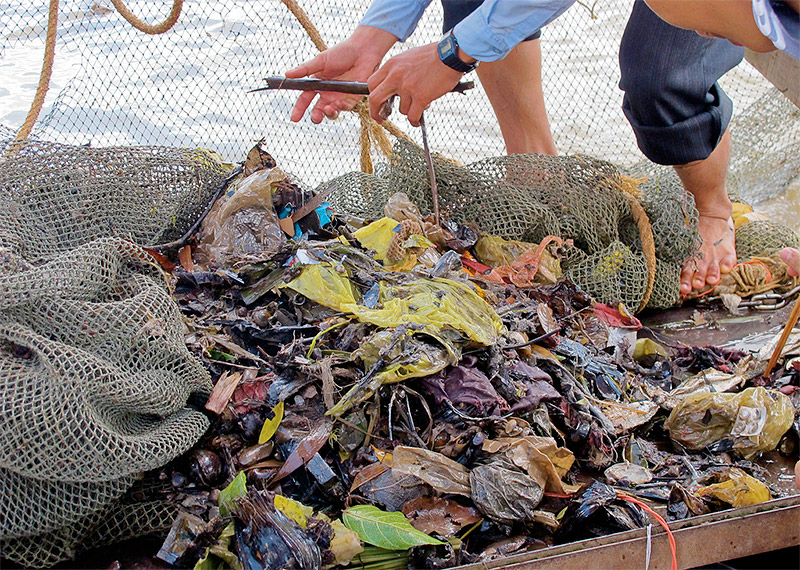 Opening a trawl net often feels like unwrapping a present, as fishermen or scientists anticipate what they’ve pulled up from beneath the water’s surface. Sometimes the catch includes unusual animals, like fish imported from other countries. During a recent survey with Vietnam’s Can Tho University on the Mekong River, one bulging net yielded an unpleasant surprise: only a handful of fish and a big pile of trash. The garbage consisted mostly of plastic bags and other types of plastic. Many homes sitting along the riverbanks have doors that open directly onto the water, making it easy for residents to dump their waste into the river. Tossing trash outside might seem like an “out of sight, out of mind” solution, but a stuffed fishing net proves that the garbage in the river doesn’t simply disappear. 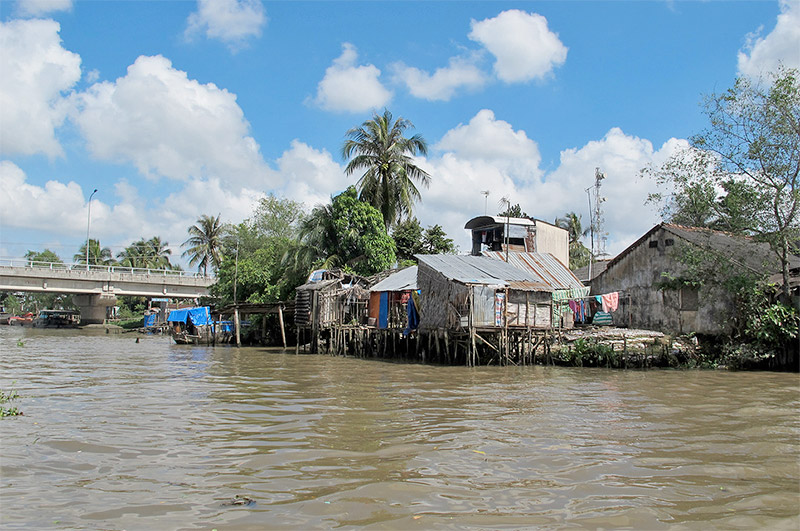 A local fisherman emptying his net encountered a similar trash problem, except his catch contained mostly leafy vegetable waste—somebody’s kitchen leftovers or remnants from one of the river’s many floating markets.  Such organic material will decompose rather quickly, but the plastics will linger in the environment, breaking down into tiny pieces that animals can ingest. Scientists estimate that plastic fragments can persist for hundreds or even thousands of years, and release harmful chemicals as they degrade (Barnes et. al 2009). So much trash clogging up nets makes it difficult for fishermen to haul in a decent fish catch, and challenges scientists trying to accurately measure the fishing effort of different gear types.