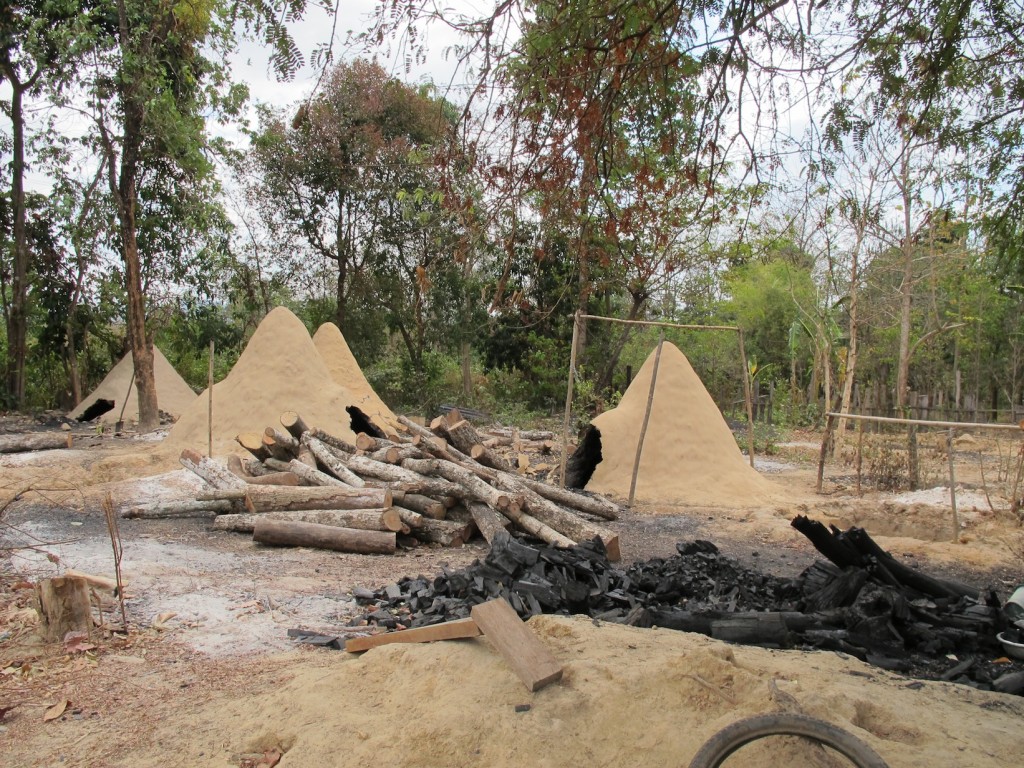 Hydropower development in rural areas of Laos can change the lives of local people in ways that often are not well studied. Last year, FISHBIO staff in Laos teamed up with Northern Illinois University’s Center for Southeast Asia for a special study on the Xe Bangfai River in Khammouane Province, Lao PDR. We helped interview local villagers as part of a project to create interactive e-books about Mekong development planning and fisheries in the Namphit flooded forest.

The study area called Namphit is located between Gnommalath and Mahasay districts of Khammouane Province in central Lao PDR. Wetlands in Namphit provide a tremendous source of food for local people, including bamboo shoots, wild vegetables, ant eggs, fish, frogs, snails, and aquatic invertebrates (see Little fishers, Ant snacks). Prior to the construction of a dam on the Xe Bangfai river, Namphit was a seasonally flooded forest that would flood for two or three days in the rainy season. After the floodwaters receded, people living nearby could grow rice and raise livestock on the land. However, once the dam was completed, the area has become submerged year-round, and people can no longer grow rice and raise livestock. 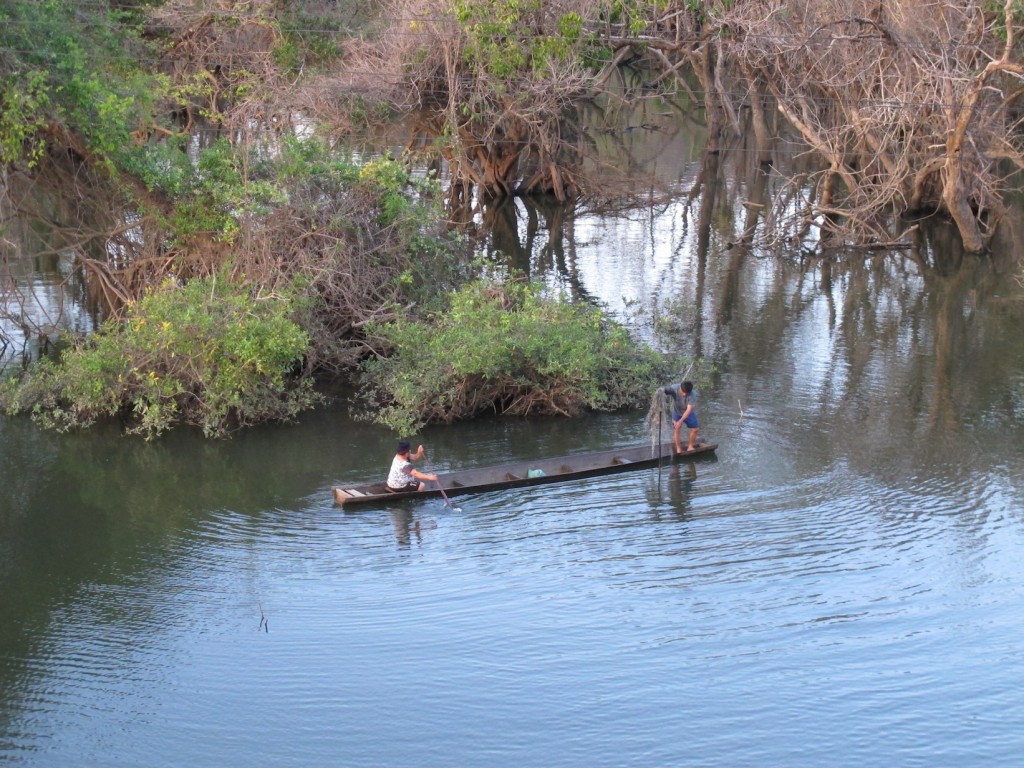 After interviewing local fishermen, we learned that native fishes are still abundant enough in the flooded forest to provide food and income to local people. The major species include minnows, barbs, catfishes, featherbacks, needlefish, and snakeheads, as well as snails, aquatic insects, and wild vegetables. But while the aquatic resources are still plentiful, terrestrial resources have suffered: the bamboos, livestock grazing lands, rice fields and even trees have undergone dramatic losses near the Namphit wetland area. 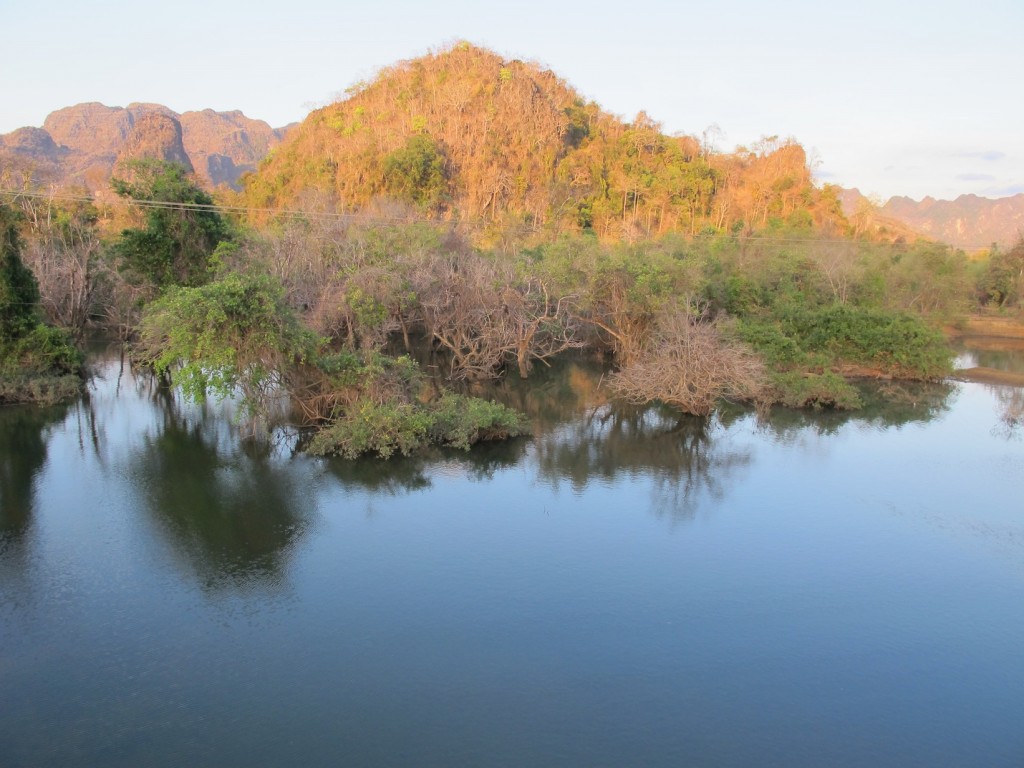 Because trees are dying, many locals have started turning them into charcoal. This process involves cutting a tree into pieces, then placing them into a clay stove and sealing up the door with mud. The wood burns, and once the smoke becomes white, the charcoal maker opens the stove door to stop the fire. After the charcoal cools, local people bag it up and sell it by the side of the road. The bags of charcoal sitting in place of trees are one more indication of a landscape being transformed. 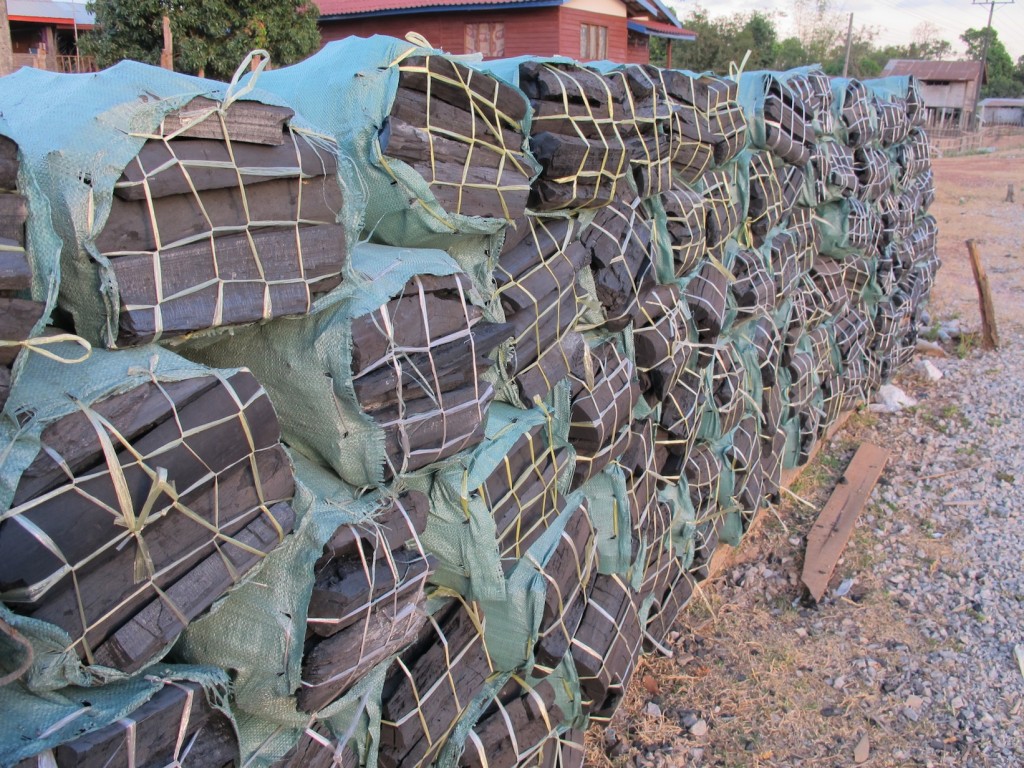