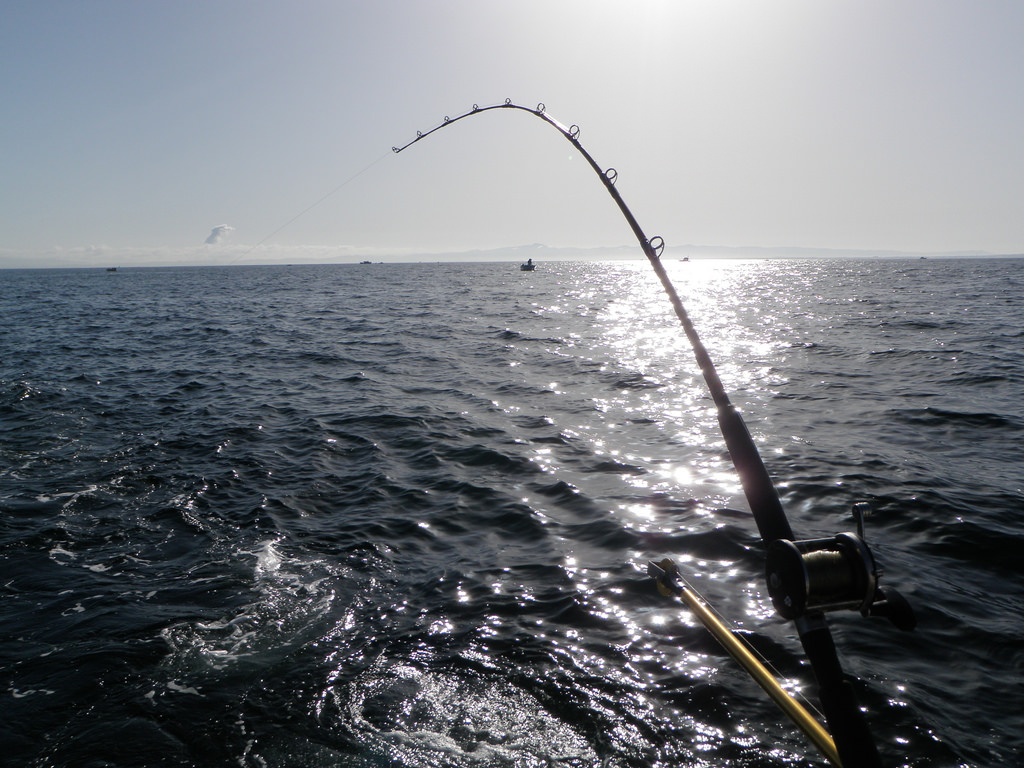 Looks of disappointment hung on anglers’ faces as they arrived back from opening day of this year’s salmon season. A local industry that accumulates $183 million annually in California between commercial and sport fishing, salmon fishing has taken substantial hits over the past three years. Factors such as drought and poor ocean conditions have led to decreased salmon stocks, making bites few and far between. Earlier this month, the Pacific Fisheries Management Counsel (PFMC), the agency responsible for deciding salmon season regulations, projected an ocean abundance of 299,000 salmon, half of last year’s projection. Left empty handed, anglers from Monterey Bay to Shelter Cove are now questioning where these 299k fish are.

When opening day arrived on April 2nd, trailered boats stretched across the parking lot of the Moss Landing launch ramp, each waiting their turn to hit the water after a long winter. By sunrise, hundreds of anglers were trolling every imaginable lure, through every depth of Monterey Bay. But the radios remained abnormally quiet on this opener. And after a long day on the water, the same grim consensus radiated throughout the fleet. “By far the worst salmon opener I have ever seen” said Jason Harbenger, who has been fishing salmon in Monterey Bay for over 30 years. On previous season openers, it has been common for boats to catch their daily limit of two fish per angler. However, this year only a handful of vessels caught even single fish, and most came back with nothing.

Determining salmon abundance in the ocean is no easy undertaking. The PFMC has cautioned that overestimating salmon abundance is common in previous El Niño years, and the 2016 forecast is likely no exception. In mid April, the PFMC will enact the official sport and commercial regulations for the rest of the year based on three proposed alternatives. The alternatives vary in restrictiveness, with the more restrictive options including no-fishing days, shortened seasons, and catch quotas for commercial vessels. Many anglers seem to agree, based on low catch rates witnessed thus far, that a further managed season may be best for improving salmon numbers. However, some anglers emphasize it is too early to say whether the season will improve or not, and a few remain optimistic. They believe elevated water temperatures and an abundance of pelagic red crab are an indication that conditions aren’t right for salmon. It has been suggested by these optimists that landings may improve with the development of California’s coastal upwelling, which will bring deep, nutrient rich, cold water closer to shore – and hopefully salmon along with it. Only time will tell if the season start is a forecast of what is in store for the year, or if catches will improve with time.