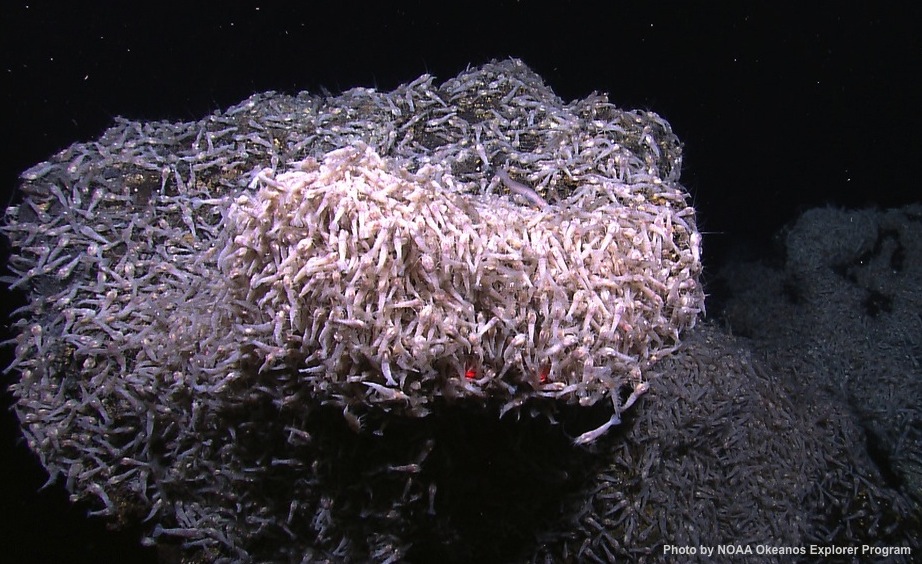 A tiny species of deep-ocean shrimp (Rimicaris hybisae) doesn’t look like much, but these unassuming crustaceans may make scientific contributions of galactic proportions. Scientists at NASA’s Jet Propulsion Laboratory in Pasadena, California, are studying these shrimps for clues about how life could exist in conditions similar to those that on other planets. These shrimp are no stranger to extreme environments. They live in massive colonies of up to 2,000 individuals per square meter along the sides of deep-sea vents found within the depths of the Caribbean Sea, where temperatures can reach 399° C (750° F) – and we thought the Devils Hole pupfish were extreme! The vents, located 2,300 to 4,900 meters under the ocean’s surface, are far out of light’s reach. In fact, the tiny crustaceans don’t even have eyes – they navigate to the vents using thermal receptors on the backs of their heads. And, as if those conditions weren’t tough enough, the vents release hydrogen sulfide, which is toxic to most organisms in high concentrations.

While most food webs on Earth receive inputs of energy from the sun, researchers at NASA are studying how much life can be sustained by chemical energy instead at these sunless thermal vents. They discovered that to survive, the shrimp eat sugars produced by bacteria living inside of their mouths and gill covers. These bacteria take advantage of the harsh conditions by using the vents’ hydrogen sulfide to fuel chemosynthesis, a chemical reaction that creates organic materials. While the shrimp can feed off bacteria alone while living in massive colonies near the vents, shrimp living more sparsely in scattered locations switch to eating other crustaceans, snails, and even each other. The scientists believe these conditions may be similar to those found in outer space, particularly on Europa, the glacial moon of Jupiter with a subsurface ocean. These miniscule shrimp, and the bacteria that sustain them, prove that life can survive in extreme conditions – maybe even outside of this world.