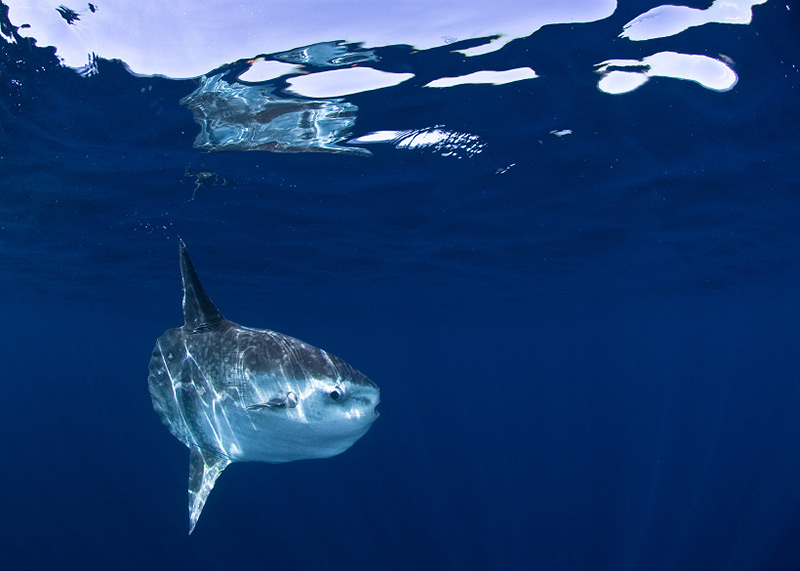 While you’re soaking up some sun this summer, learn about one of the ocean’s giant sunbathers, the Mola mola, in today’s Flashback Friday!

Making forays to the deep ocean several times a day, munching on jellyfish, and basking at the water’s surface where gulls and cleaner fish can pick off your parasites: the ocean sunfish has figured out a pretty good life. And it has sweet scientific name (Mola mola) to boot. Although the ocean sunfish may look oddly prehistoric, it’s actually one of the most highly evolved fishes—meaning it has drastically changed from its ancestral form. Which makes sense, considering this fish doesn’t really have a tail, just a little rudder in the back called a clavus. Ocean sunfish take the prize as the heaviest bony fishes in the world: they can grow up to 10 feet in length and can weigh close to a staggering 5,000 pounds. Amazingly, they reach these beefy proportions eating a mostly gelatinous diet of jellies, squid, small fish, and crustaceans. 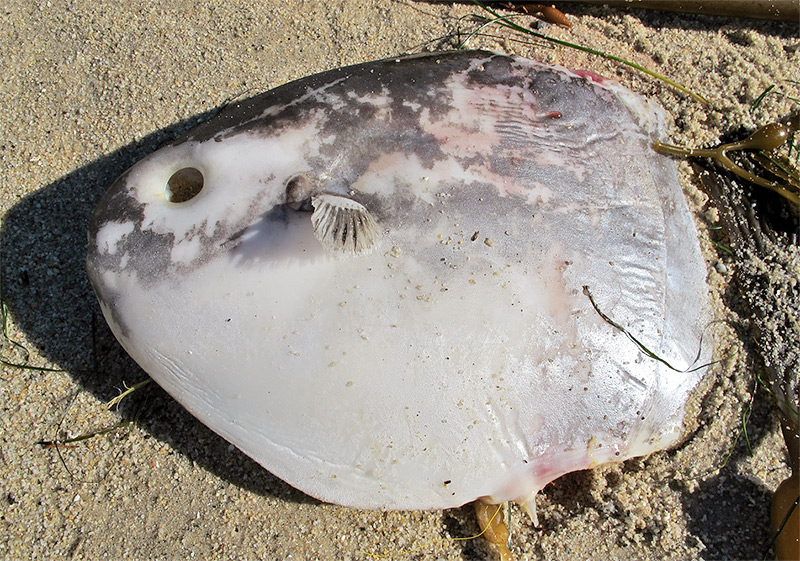 But even such behemoth fish face threats. Commercial fisheries don’t usually target these huge, slow swimmers specifically, but the sunfish often get trapped in fishing nets anyway. Ocean sunfish alone comprise 29% of the bycatch, or unintended extras, caught in the swordfish drift gillnet fishery in California (Cartamill and Lowe 2004). And before they can grow to megafish sizes, juvenile sunfish may fall prey to rowdy California sea lions. The raucous, barking California icons often rip the fins off small sunfish and even fling them around like Frisbees. That’s probably what happened to this little guy that FISBHIO technicians found on the beach in Monterey (above). Stumbling across these dead little fish washed up on shore is a stark reminder of how nature works—and that in a fish’s world, growing up is hard to do.