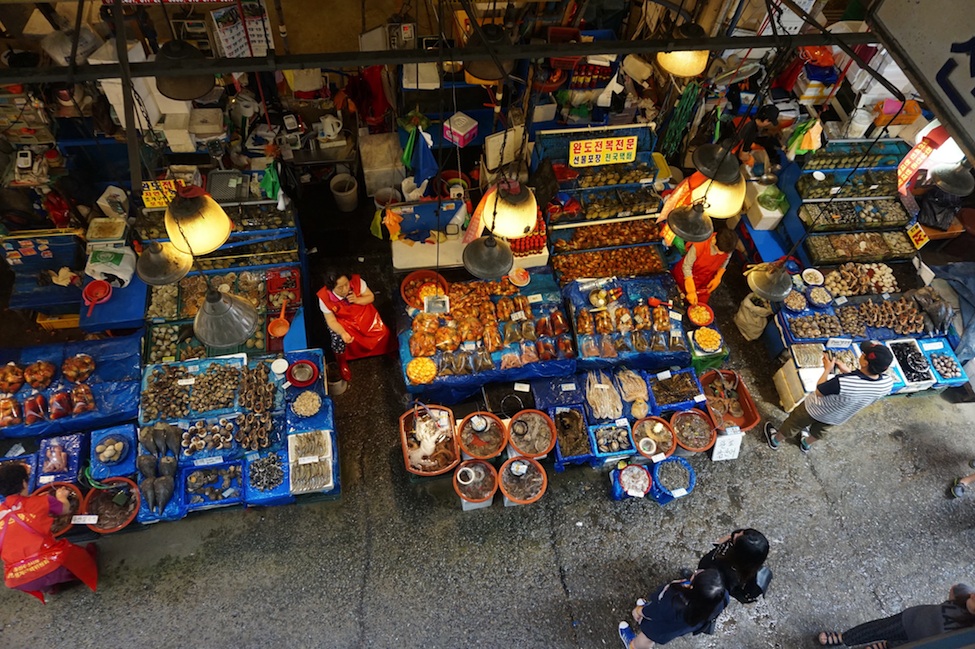 Today’s Flashback Friday takes you along on one of our international explorations.

After spending a week in talks and symposia at the recent World Fisheries Congress in Busan, South Korea, FISHBIO staff were keen to set eyes on some actual fish. During the Congress, Busan’s mayor Suh Byung-soo credited deep-sea fisheries with helping to revive the country’s economy after the Korean War. Korea is home to a large ocean fishery for a country of its size, and we came to appreciate the importance of seafood once we witnessed its variety firsthand. We poked around two large fish markets: the Jagalchi Fish Market in Busan, and the Noryangjin Fish Market in Seoul. We marveled at the offerings of both fresh and dried fishes as we walked past bubbling tanks crowded with live specimens, piles of silvery dried fish larvae, and strings of yellow croaker suspended like dried fish mobiles. While some of the deep-sea fish looked quite strange, we also saw familiar faces like mackerel, which is one of Korea’s top fisheries and is considered a popular comfort food. 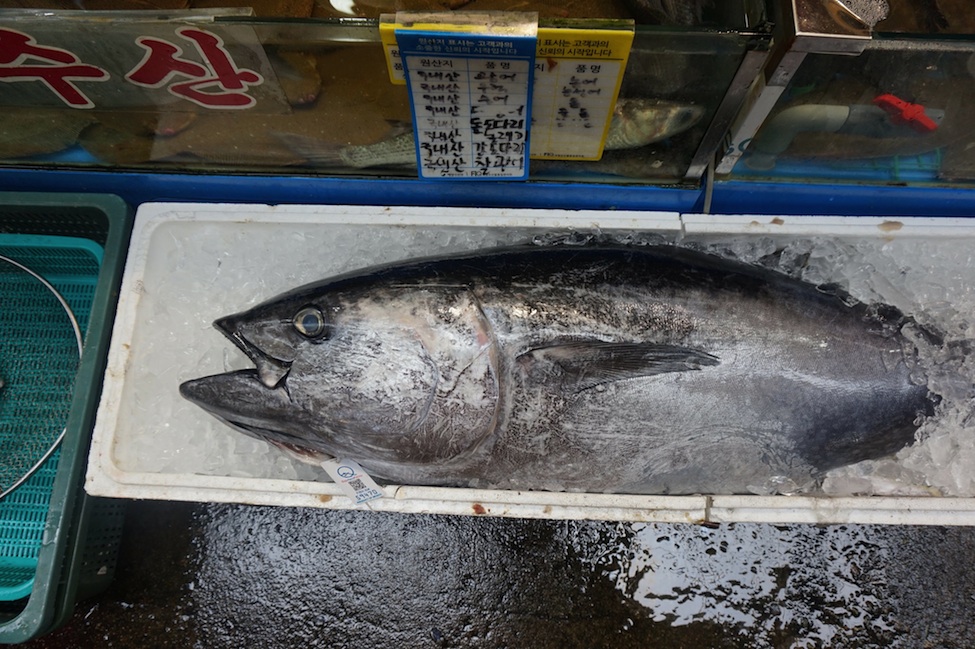