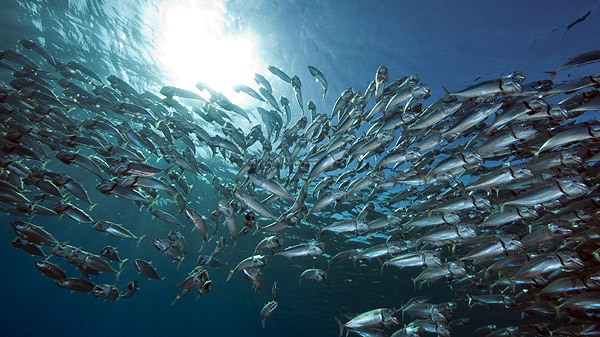 Researchers across the Pacific are noting a decline in the sardine fishery similar to one that occurred approximately fifty years ago, but the decline is not necessarily a surprise. That’s because studies have shown that some forage fish, such as sardines, tend to follow a somewhat predictable trend that coincides with fluctuations in ocean temperatures and the Pacific Decadal Oscillation (PDO), an El Niño-like climate pattern. In the 1930’s the California sardine fishery went from being one of the largest fisheries in the Pacific to complete collapse by the mid-1950’s. As sea surface temperatures (SSTs) decrease, the sardine abundance has a tendency to suffer, while other species, such as anchovies and even salmon, seem to thrive in the cooler conditions. 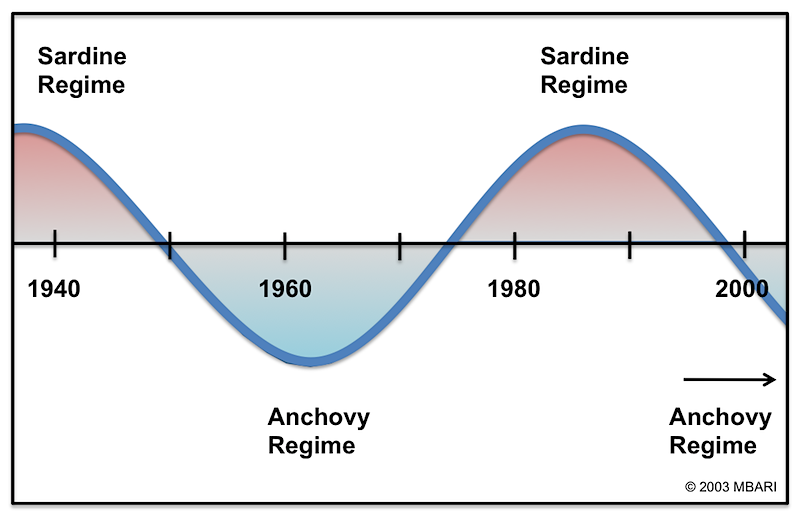 Forage fish, like sardines, anchovies and herring, are key fishes preyed upon by many of the larger marine species. The ocean’s predator populations of tuna, salmon and swordfish would be in trouble if forage fish were to collapse. Forage fish are filter feeders that consume mostly plankton and swim in large schools. Because of their tendency to school together, they are an ideal food source for top predators, but it also makes them susceptible to overfishing. Even the controversial aquaculture and tuna ranching industries rely heavily on baitfish as a source of food for growing fish to a harvestable size.

Sardines are commercially fished for a variety of different reasons including, human consumption, bait, animal feed and fish oil. Although the recent decline was anticipated, researchers warn that we should be very cautious to not over-harvest the already declining population. Current fishing pressures could lead to such low sardine numbers that it reduces the genetic and life history diversity of the species, which could hinder its ability to adapt to a changing environment. If the cycle continues as predicted, then we are headed towards conditions that are unfavorable for the sardine population, but anchovy abundance will likely be on the rise. With careful management we can find a balance between the two species that will satisfy consumers while still permitting the populations to remain healthy.