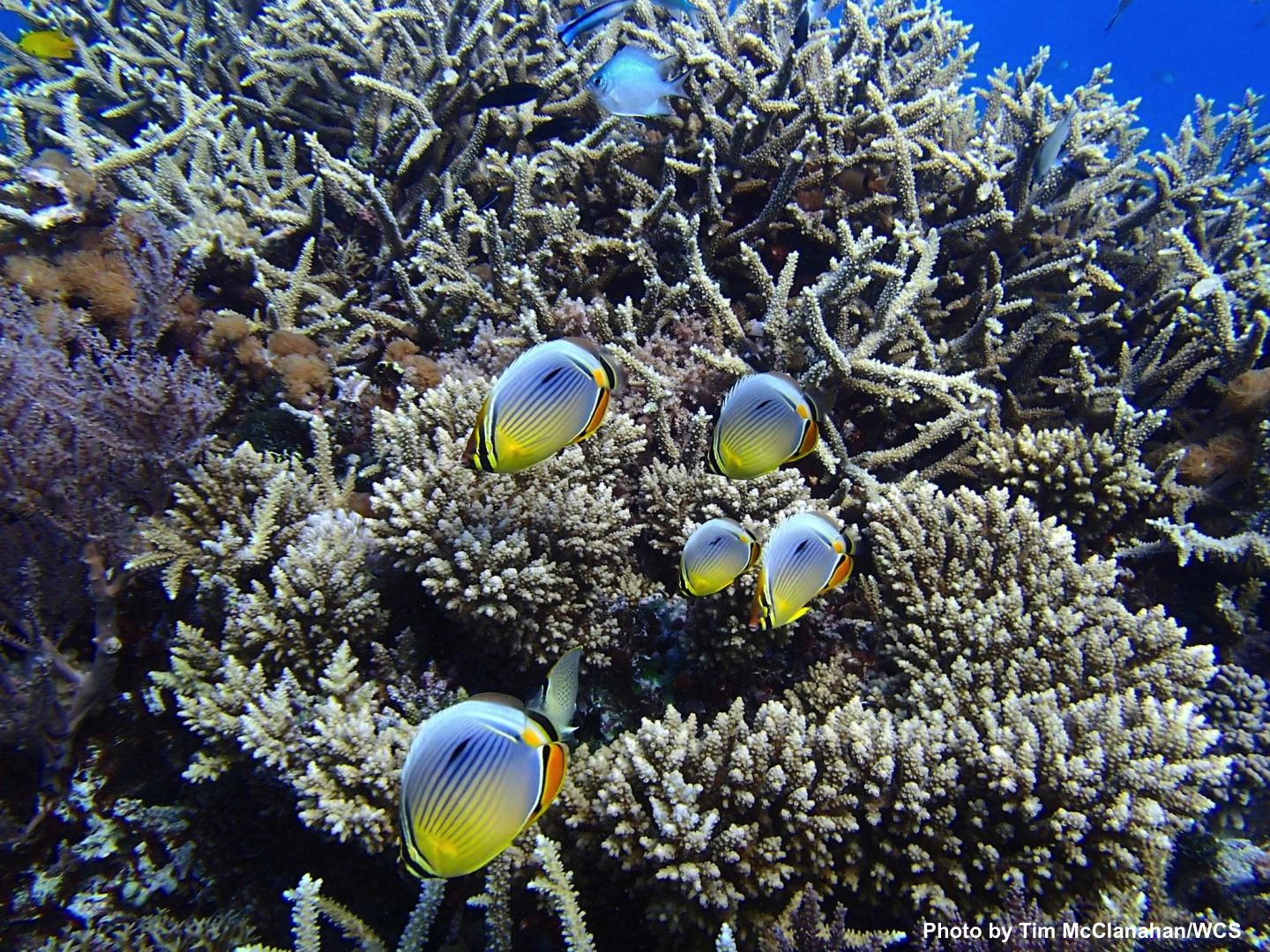 A healthy coral reef requires balance. Each organism, from corals and fishes to invertebrates and algae, has an important job that contributes to keeping the reef functioning. But with so many important players, it is difficult for scientists to agree on a universal way to measure the state of individual reefs. Now, in a recent study published in the journal Nature, a team of scientists has created a set of metrics related to fish biomass that will help marine scientists, fisheries managers, and resource users assess the health of reefs around the world, and to protect and restore those that are most threatened.

The international research team used records from 832 coral reefs in 64 locations around the world to create a recipe that would help them to assign a measurement of health to each reef. The scientists compared fish biomass and functional groups of the fish (those that play similar roles are grouped together) found at reefs that were either closed to fishing, lightly fished, or overfished. The reefs that had not been impacted by fishing served as a baseline to estimate the types and amount of fish that would likely be found at fished reefs had there not been fishing.

The scientists found specific thresholds that can be used to determine whether a reef is being overfished. For example, a coral reef with no fishing averages 1,000 kg of fish biomass per hectare. In contrast, a “collapsed reef” (or a reef overfished to almost total ecosystem collapse) has a fish biomass of 100 kg per hectare or less. The team also determined that allowing a collapsed reef to recover must start with allowing a few, specific functional groups to return, specifically: browsers (such as rudderfish, parrotfish, and surgeonfish), scrapers/excavators (such as parrotfish), grazers (like rabbitfish and damselfish), and planktivores (like fusiliers). The scientists determined that a minimum threshold of 500 kg of fish biomass per hectare is needed to maintain ecological integrity and prevent declines in reef health. Additionally, the scientists learned that fisheries restrictions focused on important species, such as bans on small mesh nets and restrictions on fishing herbivorous species, are extremely effective. In fact, 64 percent of coral reefs with fishing restrictions, including bans on specific fishing gear, were found to maintain more than 50 percent of their potential fish biomass.

The scientists’ research provides a valuable picture of how reefs should look in the presence and absence of fisheries. The metrics also give fishers and managers measurable goals that will allow them to determine the health of their reefs. These thresholds can serve as a recipe for reef health that fishermen, managers, and scientists alike can refer to when working together to make vital decisions about how to sustainably manage marine resources.