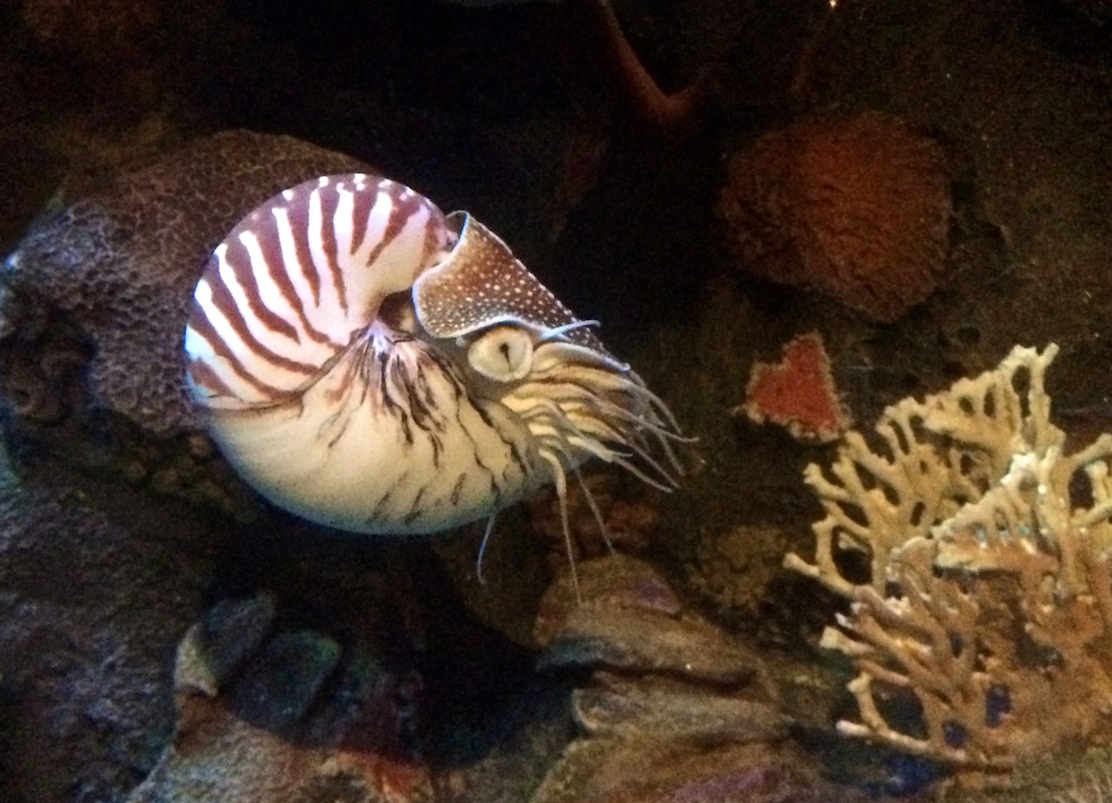 Recently, after returning from a trip to the South Pacific in early August, scientists reported they had witnessed a rare and welcome sight not seen since the Regan administration. While conducting a study off the coast of a small island in Papua New Guiana, a scientist from the University of Washington found what he believes to be one of the rarest creatures on the planet: a nautilus. But he didn’t spot just any nautilus—the species he encountered was a crusty nautilus, Allonautilus scrobiculatus which had not been seen in 31 years, not since the same scientist discovered and described the species with a colleague from Bryn Mawr College in 1984.

Nautilus are commonly referred to as living fossils. This is mostly because their appearance has changed very little in 500 million years. These bundles of shell and tentacles are distantly related to octopus and squid—the snail version of a squid, if you will. These strange and majestic creatures tend to cruise along the bottom of Indo-Pacific Ocean, rising up to search for food or mates. They propel themselves through the sea by sucking in water and shooting it out in a jet. Because of their bad eyesight (unlike the rest of the cephalopods), nautilus tend to be opportunistic foragers rather than active predators, taking food where they can find it.

In 1984, the scientists first encountered Allonautilus and collected some specimens to study. This species of nautilus had a distinct physical difference: they almost seemed hairy! This “furry” covering on the shells is a layer called the periostracum that often covers shelled animals. On top of that, much of Allonautilus’s morphology differed from that of its cousins: their shells are formed differently, and many of their systems (such as gills and reproductive organs) are distinct from other nautilus. Unfortunately, after the discovery of Allonautilus scrobiculatus, the population quickly disappeared. Illegal fishing and “souvenir taking” either removed this nautilus from the area or scared them away from the island. But now, decades later, the scientists have finally been reunited with their unique discovery.

Given their rare nature, most of us will probably never catch a glimpse of Allonautilus. But a related, more common type of nautilus is currently on display at the Monterey Bay Aquarium’s “Tentacles” exhibit (shown above). We were lucky enough to see them up close during a recent visit with Sinsamout, the head of our Lao office. These animals are great reminders that the ocean is full of discoveries.