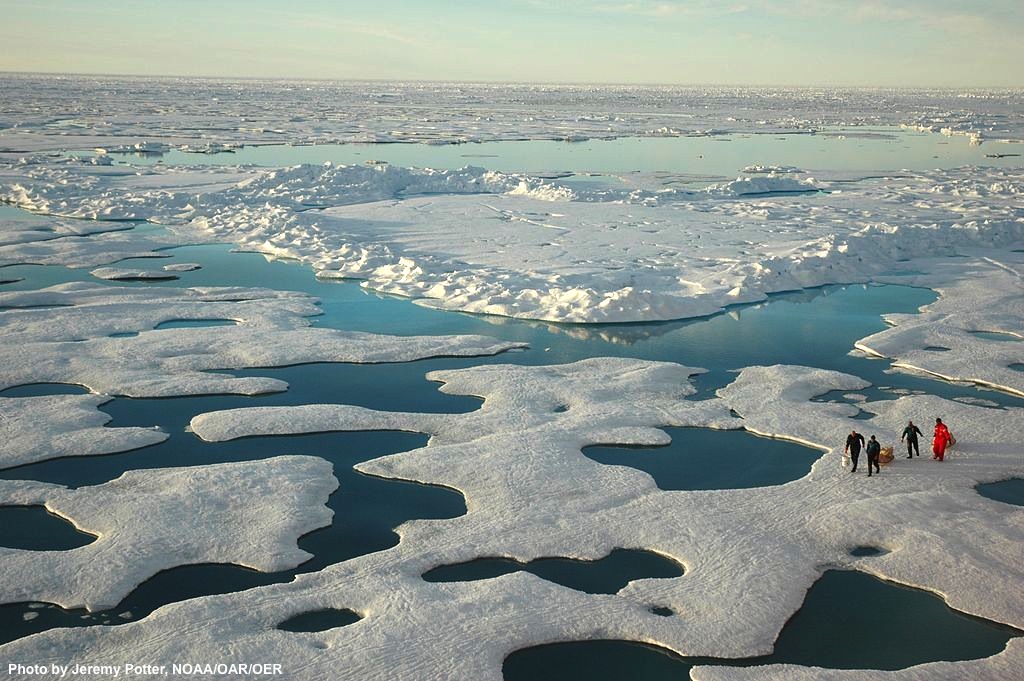 Atlantic and Pacific Ocean fish species kept apart by a frigid Arctic may soon be able to mingle as the planet heats up. So predicts an international team of scientists that reported this new symptom of a changing Arctic in the journal Nature Climate Change. The scientists showed that warming waters are causing the breakdown of natural limitations, such as temperature barriers, that close the Arctic’s North West and North East passages, allowing fish species from the North Atlantic and North Pacific to mix. This is the first time such an interchange of species has been possible since the closing of the Bering Straight, about 3 million years ago.

The researchers used predictive ecological models to forecast the way fish species would move in response to different climate scenarios. They showed that warming in the Arctic will allow fish species to venture from the North Atlantic to the North Pacific, and vice versa. The models calculated that by 2100, up to 41 new species could enter the Pacific, and another 44 new species could enter the Atlantic. Increasing water temperatures will drive these changes by promoting increased ecological productivity at higher latitudes, which will allow the geographical ranges of fish to expand northward beyond their current limits.

The researchers predict that the shifting distribution of fish species and increased ocean temperatures will lead to dramatic changes in species interactions. They site the construction of the Suez Canal in 1869 as an example: the canal allowed animals from the Red Sea to enter the Mediterranean, where they quickly overwhelmed the native fauna. Biodiversity in the Mediterranean has since precipitously declined, and previously flourishing fisheries have suffered as a result. But the changes may not be all bad. The scientists believe the movement of fish species and warming temperatures will also increase biodiversity in coastal areas of the North Atlantic and North Pacific. Unlike what happened in the Mediterranean, this could lead to increased yields of commercial fish. While there’s no way to know for certain which predictions will come true, one thing is clear – the oceans of the future will look different from those of today.