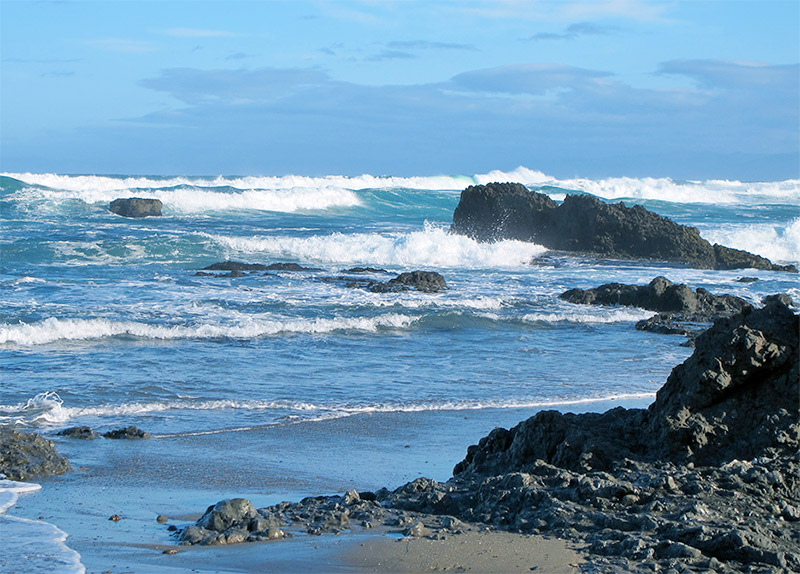 There’s no denying two things about our world’s oceans: 1) they are really big, and 2) they’re a really big deal. The big, blue, vastness of the oceans cover more than 70% of our planet’s surface. Some would therefore make the case that our planet ought to be named “Ocean” rather than “Earth.” In honor of World Ocean’s Day tomorrow (June 8) we wanted to highlight some of our marine-themed blog posts to show how important the oceans are to anyone who cares about fish, water, or the environment.

The ocean is home to an incredible diversity of fishes. More than 15,700 species of marine fishes have been described, and scientists estimate another 4,000 species await discovery (Mora et al. 2008). This colorful array spans a range of body forms as unique and varied as the ocean sunfish (see Ocean sunbathers), the Pacific viperfish (see Got teeth?), the longnose lancetfish (see Washed up), the salmon snailfish (see Jabba the Hutt?), the spiny lumpsucker (see Cute or ugly?) – and who could forget the blob sculpin (see The old man in the sea)? This parade of evolutionary diversity only scratches the surface of what we know about the ocean and its inhabitants — so much about this watery world remains to be explored, discovered, and understood.

Physical processes in the ocean fuel the food web that sustains marine life (see Wind-powered), and play an important role in the lives of salmon that spend a few ocean-going years fattening up (see Salmon Hunger Games). Migrating salmon are the perfect ambassadors to show us how the watershed connects land and sea, as freshwater flows to saltwater. However, this connectivity also creates problems when runoff water gathers toxic chemicals and pollutants from land and carries them to sea (see Toxic runoff). Our oceans face a host of other threats, from fisheries in decline (see The latest tuna fad) to changing ocean chemistry from the excess of carbon dioxide in the atmosphere (see Ocean acidification). One way to help preserve the ocean’s important species and habitats is to designate special places as marine protected areas, creating healthy ecological savings accounts to help marine life weather future changes in ocean conditions. It’s also important to remember how important the oceans are to our daily lives, from supplying the air we breathe to the water we drink. We can reflect on how our actions on land can impact the waters far from our shores, and try to make positive changes — on World Ocean Day, and every day!