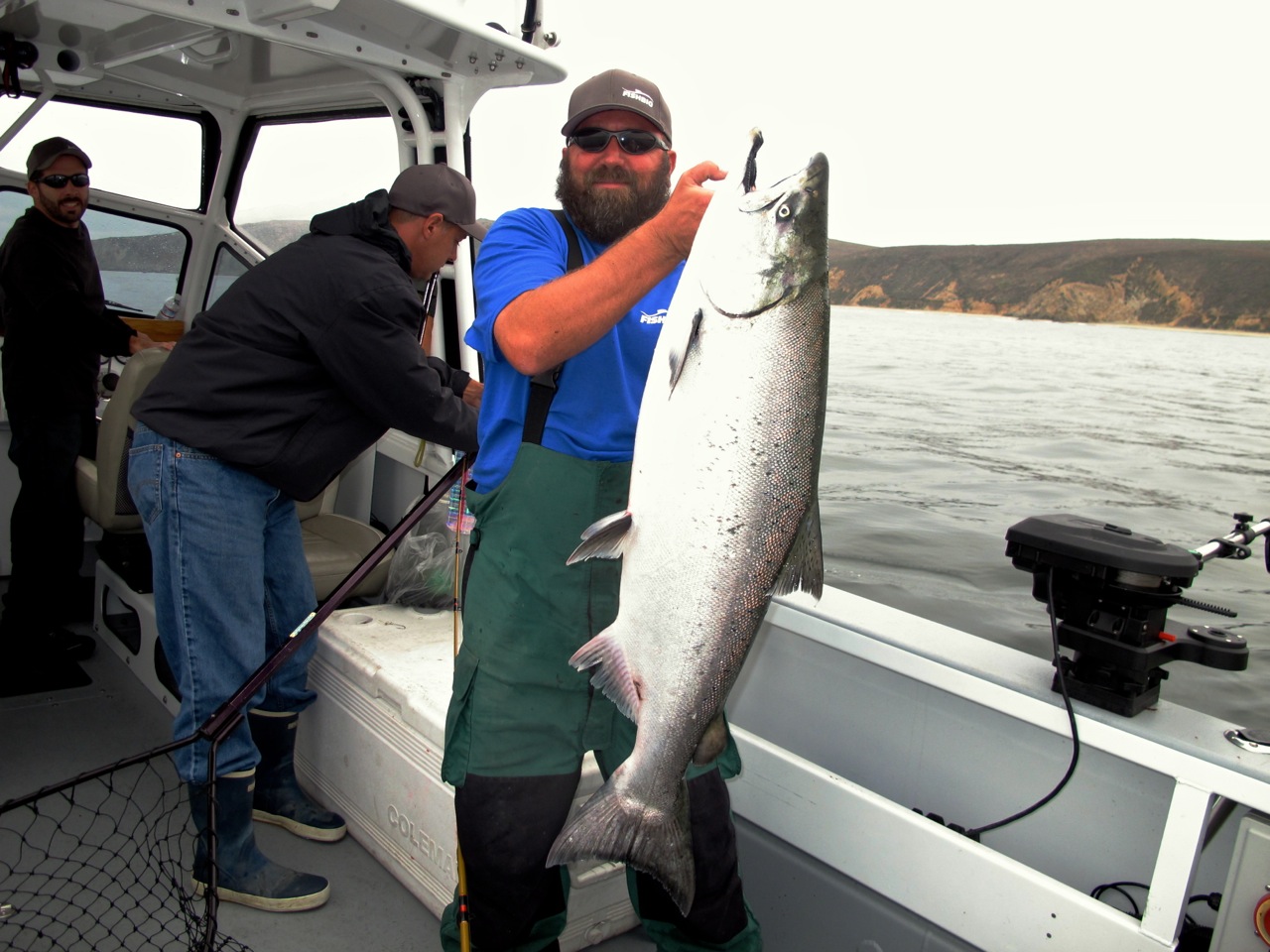 If a bad day of fishing beats a good day of work, then a career in fisheries is a pretty good gig. In some years, FISHBIO staff catch hundreds of thousands of fish in rotary screw traps as part of our monitoring surveys. Much of the time, however, many of these fish weigh less than a gram, and are hardly anything to write home about. So when the occasion arises to catch some big fish, many of us jump at the opportunity (see Early morning adventure).

Recently, a few members of the FISHBIO staff chose to play hooky from work (pun intended) to see how the salmon bite is doing this year at Bodega Bay, California. Most of the fishing reports have indicated that salmon fishing has been somewhat slow in 2014, despite decent preseason ocean recreational harvest estimates of 78,000 Sacramento River fall-run Chinook in the Pacific Fishery Management Council’s preseason report (down slightly from last year’s estimate of 96,600).

By the looks of the boat ramp, salmon fishing has definitely been slow, and this year’s economic impact from the recreational fishery won’t be nearly as great as it was in 2013. In the few trips that we have made, we have been extremely fortunate on some days, while on others we came back to the docks empty handed. Nevertheless, we’re always eager to join the anglers lining up at the crack of dawn in the cool misty air, waiting for the opportunity to feel that tug at the end of the line.

Check out this video of our recent day on the water: