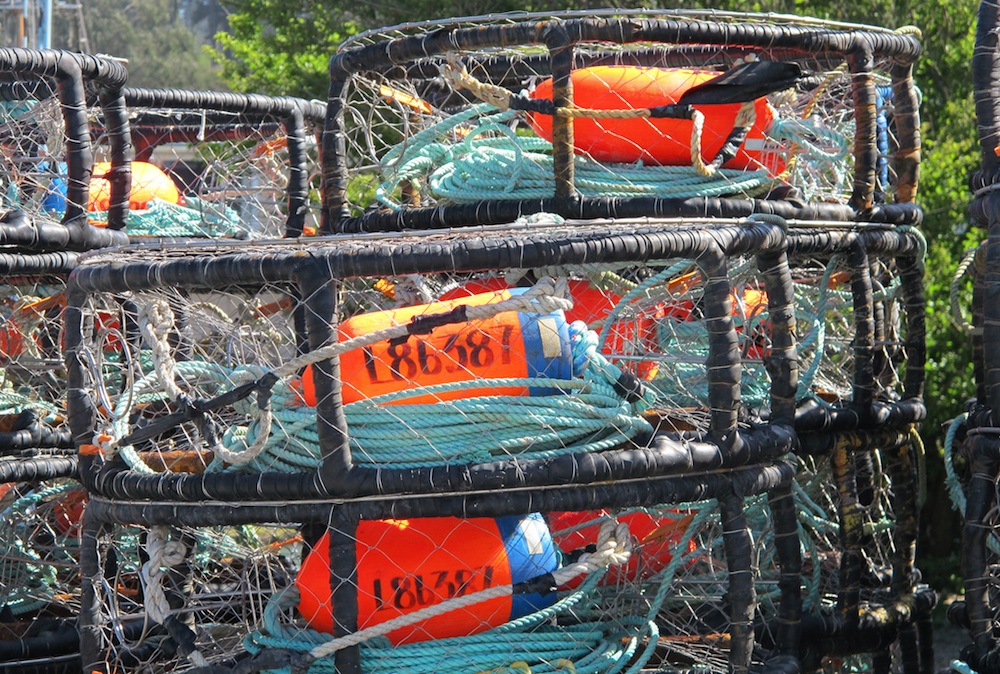 California’s generally thriving Dungeness crab industry was left adrift last fall when officials placed an emergency moratorium on shellfish harvesting. While the crab fishery usually opens in November, it remained closed well into 2016, and local seafood lovers were left hungry for holiday crab. The closure, while devastating to coastal communities, was necessary in order to prevent the public from consuming crabs tainted with toxin. The contamination was caused by a single cellular diatom called Pseudo-nitzschia. This phytoplankton species produces domoic acid, a neurotoxin, which imparts harmful effects on many organisms, such as seizures, memory loss, and even death. Acid from this phytoplankton enters the food web via filter-feeding fishes and shellfish that consume phytoplankton, and predators that eat contaminated animals can concentrate dangerous amounts of the toxin.

In the fall of 2015, an enormous amount of Pseudo-nitzschia persisted along the Pacific coast. Domoic acid contamination found in crustaceans, molluscs, and fishes prompted officials to delay the commercial crab season as well as other marine industries along the West Coast, such as the Pacific anchovy fishery and shellfish farming. Low levels of Pseudo-nitzschia are common in ocean waters, and can be found year round amongst the myriad of other phytoplankton species. In small quantities, the diatoms are harmless, and precaution is necessary only when certain conditions trigger the diatoms to bloom in massive quantities. While it’s still not fully understood what triggers such harmful algal blooms, a combination of elevated water temperatures, nutrient availability, and water chemistry are likely causes. A San Francisco State University study found that in laboratory conditions an influx of nitrogen—either from human or natural sources—boosts the growth and toxicity of Pseudo-nitzschia (Auro and Cochlan 2013).

The reason why Pseudo-nitzchiza produces domoic acid is not exactly known. One possible theory suggests the toxin may help defend the diatoms against getting eaten by their predators, tiny planktonic crustaceans called copepods (Tammilehto et al. 2015). Domoic acid’s highly potent chemical structure closely resembles the equally toxic amino acid called kainite. This acid has been shown to disrupt the hippocampus, the part of the brain associated with memory and spatial navigation. Because the two acids are structurally so similar, it is believed that domoic acid has neurological effects similar to kainite (Debonnel et al. 1989). For example, seagulls suffering from domoic acid poisonings have been reported to behave erratically, and such events in California are said to have given Alfred Hitchcock the inspiration for his thriller, The Birds.  Marine mammals can be highly affected by domoic acid as well. In 1988, more than 400 sea lions were discovered dead in Monterey Bay, and in June 2000, 2,239 sea lions were stranded in southern California (Lefebvre et al. 1999, Gulland et al. 2000). Necropsies performed on the sea lions revealed severe neurological damage in both cases, with domoic acid being the likely culprit. The most devastating domoic acid case to be reported among humans took place in Canada in 1987, when consumption of tainted mussels killed five people and caused long-term memory loss in 107 others (Todd and Ewen 1993).

Following the events in Canada, the United States government mandated that maximum levels of domoic acid not exceed 30 parts per million (ppm) in Dungeness crab and enacted regular testing. Last fall, pre-season testing showed numerous crab samples of different species contained levels of 100 ppm, with one individual exhibiting 190 ppm of domoic acid along the California coast, which forced officials to suspend the fishery. Crab pots were finally allowed to hit West Coast waters in March of this year and fishers scrambled to make up for lost time, but for many, the financial damage was already done. The season typically closes in June to allow ample spawning time for the crab, but the bulk of the industry’s revenue is made between November and January. While some crab fishermen received financial relief from sources like the Port of San Francisco, these events show how a microscopic plankton can bring an entire industry to its knees.