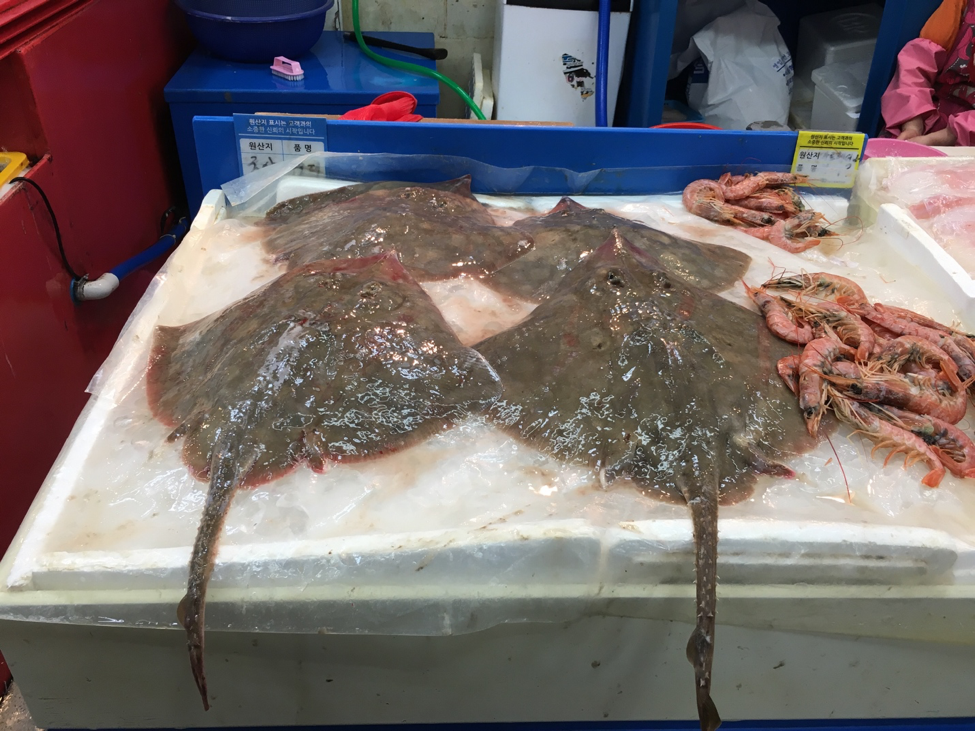 It catches your attention when Andrew Zimmern, host of the Travel Channel’s Bizarre Foods show, describes a food as “hospital floor cleaner mixed with glue solvent.” In South Korea, fermented skate, called hongeo, is a delicacy that requires a very special kind of acquired taste. In a country that consumes 2 million tons of kimchi (pungent, spicy fermented cabbage), it may not be so surprising that they place a high value on another stinky food, but it seems that even locals are reluctant to indulge in a meal that may leave them smelling like an outhouse. Despite its reputation for being smelly, it is considered a special delicacy and an essential part of wedding feasts. Like many bizarre foods, hongeo has been rumored to fix everything from alleviating hangovers to enhancing virility. These health claims most likely develop out of the necessity of eating fermented foods that store well. 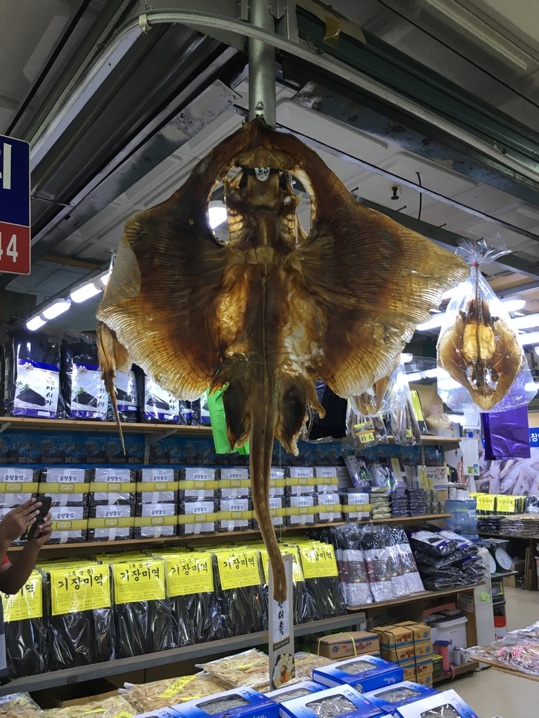 Similar to the fermented shark delicacy we have experienced in Iceland, the hongeo takes advantage of the fact that elasmobranchs (i.e., sharks, skates and rays) excrete waste products differently from humans. Ammonia is a product of nitrogen metabolism, and it is water soluble and toxic so it must be carefully managed by the body. Both elasmobranchs and mammals convert ammonia to a less toxic compound called urea, which is excreted in the urine. Elasmobranchs actually retain urea as it allows the body fluids to become isotonic (have a similar salt concentration) with their environment, which prevents them from becoming dehydrated while hanging out in salt water. When a shark dies this urea is quickly converted back into ammonia, and people have discovered that the ammonia keeps the fish from going bad while it is transported (however “going bad” is a relative term here). Although we often indulge in unusual local cuisine when we travel (e.g., tarantulas in Cambodia), while visiting South Korea for the World Fisheries Congress in May we passed on both the hongeo and the hagfish, and opted for more typical fare, such as cold noodle soup (where noodles are served floating in an ice bath). Maybe next time we will work up the courage to join the trendy hongeo dinning movement.