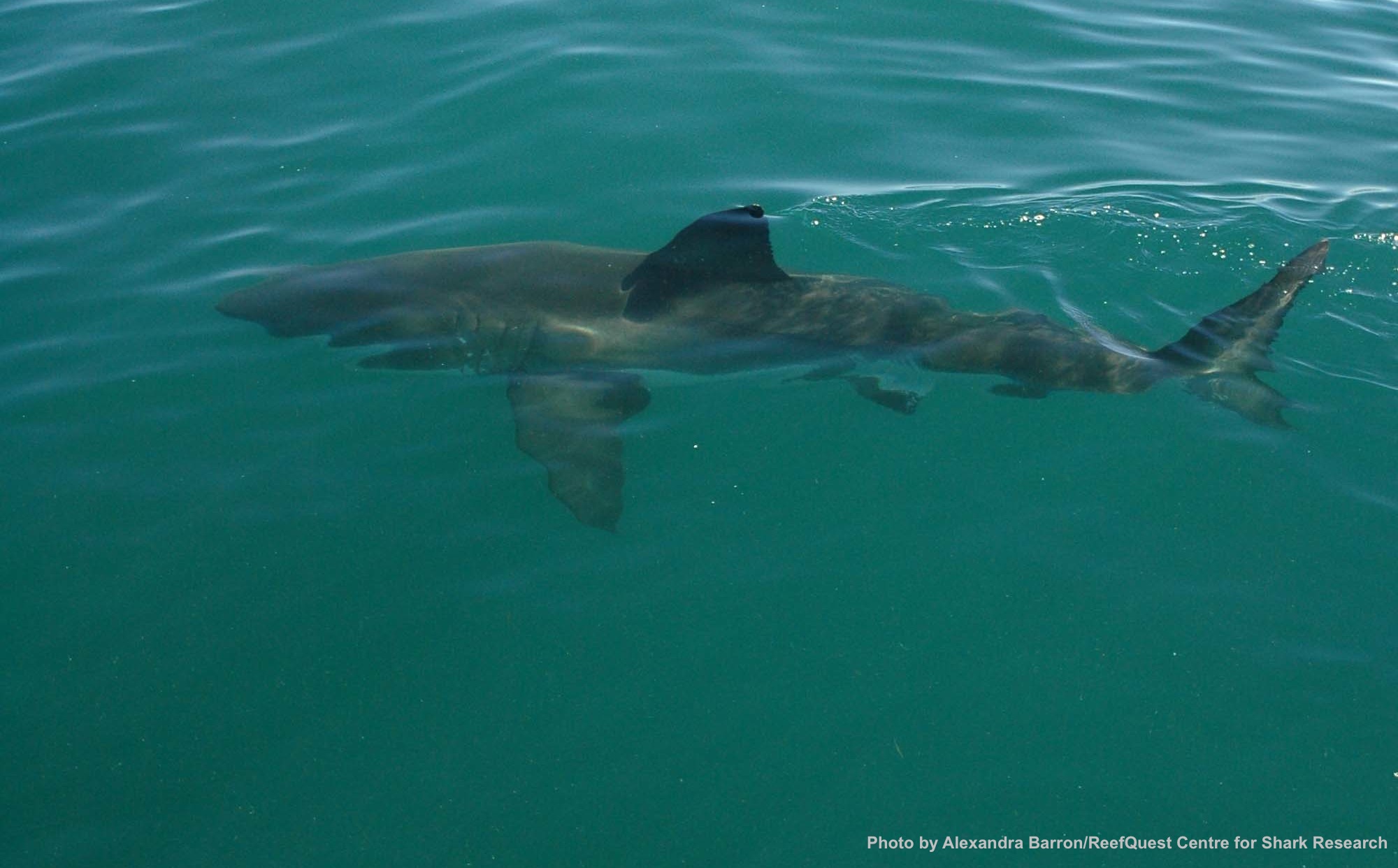 “Sharks and drones” might sound like something from the spoofy realm of “sharks and lasers,” but the combination is part of a real effort launched in the name of safety and science. We’ve previously blogged about the use of drones to do everything from surveying salmon nests to monitoring wildlife poachers. Now you can add “counting sharks” to that list. Since April, several shark sightings have been reported at Seal Beach, Calif., but the seemingly simple task of trying to count the sharks can be challenging and time consuming for lifeguards on a boat or jet ski. So they decided to get a vantage from above. Now, with the help of a $1,400 quadcopter, the Seal Beach Marine Safety Department can spot and tally the sharks in a matter of minutes.

In fact, they’ve counted up to 10 juvenile white sharks at a time using the drone, but have noted nothing unusual about their behavior. According to the lifeguards, the sharks are swimming around, eating fish, and just “doing shark things.” The Marine Safety Department has posted advisories for swimmers, but hasn’t closed any beaches. Young white sharks are not considered a threat to humans – at 5 to 6 feet long, they can’t even take on a sea lion. But keeping tabs on their numbers is not just good for swimmers’ peace of mind; it can also reveal some insights about the sharks’ behavior. Typically, young white sharks head south in the winter to the warmer waters of Baja California. But according to scientists from Cal State Long Beach, many young sharks have stuck around Southern California for the past two years, presumably because the winters never got very cold. As long as they’re in the neighborhood, the lifeguards will be keeping an eye on them.