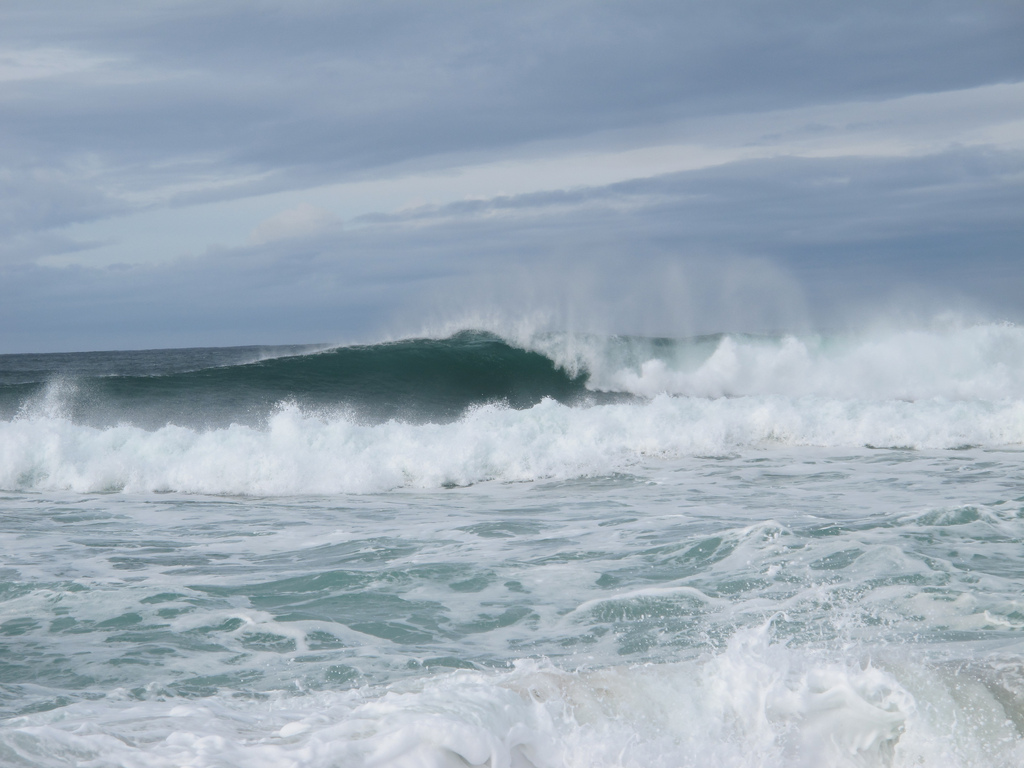 More than three and a half years have passed since a tsunami severely damaged Japan’s Fukushima Daiichi nuclear reactors in March 2011, but some concern and confusion still persist around health risks and seafood safety related to the disaster. As the largest-ever direct discharge of radionuclides into the ocean, the nuclear meltdown understandably prompted a lot of concern. But for people not living in the immediate vicinity of the disaster, the aftermath of the event actually does not present a major health hazard. Citizen scientists are still waiting for radioactive water from Fukushima to wash ashore on the U.S. West Coast, but it shouldn’t trigger any alarm bells when it makes landfall. That’s because the radioactive material from Fukushima is a small signal that pales in comparison to the level of radioactivity that is naturally present in the ocean to begin with.

When the Fukushima reactors melted down, the plant released different types of radionuclides into the ocean, such as cesium-137, cesium-134, and iodine-131. Radionuclides are unstable forms of various elements that break down to “daughter products” over a period of hours, days, or decades (depending of the element), and release some form of radiation in the process. The half-life (or time it takes for half the material to decay) of cesium-137 is 30 years, so the element can linger in the environment for centuries. Iodine-131, on the other hand, has a half-life of just eight days. Some nuclides dissolve in seawater, while others attach to the particles in the seafloor, or are taken up by plants and animals (Buesseler 2014). It turns out the ocean is naturally filled with radioactivity: most of the radionuclides present in the ocean are from when the Earth was formed, such as potassium and uranium, and more of this primordial radiation is continually released into the ocean through the weathering of rocks (Buesseler et al. 2014).

Scientists measured the signal of radioactivity from Fukushima in seawater off the coast of Japan a few months after the disaster, and found the level was much lower than the “background” level of radiation that naturally occurs in the ocean (Buesseler et al. 2012). The radioactive material from Fukushima quickly became diluted in the vast pool of the ocean, and mixed in with other, much more abundant radioactive elements. Though the seawater is not harmful to humans, it is interesting to scientists because the radionuclides from Fukushima have their own unique signature can be used to track how water and animals move across the ocean. Scientists can also identify signals in seawater from nuclear testing in the 1960s and ‘70s, as well as signals from other disasters such as the 1986 explosion in Chernobyl (Buesseler et al. 2012). Even the radioactivity of all these sources combined does not make seawater unsafe for humans. Although direct exposure to the radioactive material can be seriously harmful, once it enters the ocean, Fukushima radioactivity represents a few more drops in an already radioactive bucket.

While debris from the Japanese tsunami has already washed ashore in North America, the water itself is still making the journey. Scientists initially predicted the radioactive plume of water would hit U.S. shores in April 2014, but there’s no sign of it yet (although scientists have detected Fukushima nuclides off the coast of British Columbia). With no U.S. government agencies currently monitoring seawater to catch when radioactivity from Fukushima actually shows up, groups of citizen scientists have started a crowdfunded project called Our Radioactive Ocean. Volunteers from Katmai, Alaska, to San Diego, California are collecting buckets of water from their local piers and shorelines, and sending the samples to labs like Oregon State University for analysis. The group updates a map with all of their sampling locations and the results of the water testing. Although there’s no pressing concern for human health, radioactivity is an issue that is worth keeping an eye on, and the results will reveal more about how ocean currents work. Next week, we’ll drill down into what this radioactivity means for fish and seafood safety.