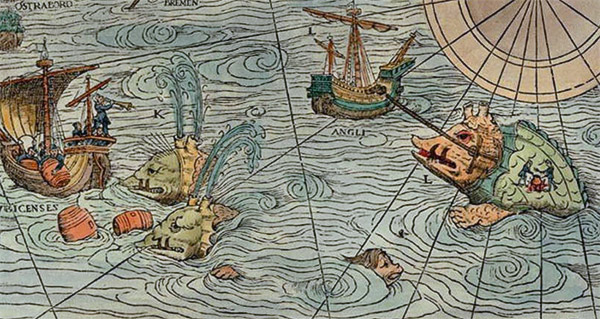 As the Deepsea Challenger, powered by the well-known film director James Cameron, touched bottom in the deepest part of the ocean back in March, the possibilities for discovery in the underwater world became seemingly endless. It is estimated that the ocean supports roughly 50 percent of all species on earth but more than 95 percent of the ocean is yet to be explored, and there is no telling what else is out there to be discovered. The Deepsea Challenger’s voyage was not the first time humans have made the descent 36,000 feet below the surface, but advancements in technology have made it possible to stay on the ocean floor for a longer period of time to collect scientific samples and videos. The more we can learn about life under the surface, the better we can understand and manage our marine resources.

The report A Census of Fishes and Everything They Eat: How the Census of Marine Life Advanced Fisheries Science published in Fisheries magazine highlights the importance of managing the ecosystem as a whole instead of from the standpoint of a single-species fishery. The first Census of Marine Life was an international, decade-long effort (2000-2010) by over 2,700 scientists in more than 80 countries who study marine biodiversity. There are roughly 16,764 marine species that have been verified (as of Feb. 19, 2010) by California Academy of Sciences and it is estimated that there are still another 5,000 species to be discovered, each one dependent on another for survival. As we begin to understand the rich diversity beneath the surface, we can better manage populations of fish such as forage fish, which are an important link between the biomass of the lower trophic level to that of the upper trophic level in the food chain. While they are just as important as the prized salmon and tuna, management is difficult because many believe that the calculated predation rates and commercial harvest is often underestimated.

Throughout history, humans have looked to the sea as an important source of protein. In fact, further results of the census revealed that humans have impacted local fish stocks longer than previously believed, but these negative impacts have been on the rise in the last century. Overall, the census proved to be effective in gathering vital information, evaluating current issues and identifying areas lacking research in marine science. It even helped to advance fish monitoring technologies. However, it also proved that there is still much research to be done. For example, areas such as seamounts (undersea mountains) provide nutrients and habitat for much of the ocean’s marine life and yet very little is known about many of the seamounts in existence. As continued exploration reveals how much more is yet to be  discovered, it’s clear that ongoing research gets us closer to understanding the world beneath the surface, and to developing technologies that allow us to follow fish further into the deep.