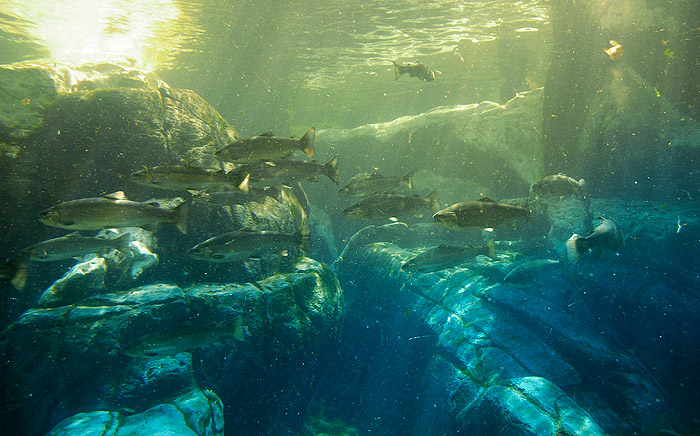 When we see the 2011 predictions made by the Pacific Fishery Management Council (PFMC), it is easy to be hopeful for a “better” fall-run Chinook salmon return to California’s Central Valley as we enter into the early months of escapement. But, as FISHBIO reported back in March, in light of the recent history of predictions made by PFMC, it is likely that escapement will not reach the projected values. The Sacramento Index (SI) forecasted by PFMC predicted there would be 729,900 Sacramento River fall Chinook (SRFC) this year, which is far more than the 2010 SI forecast of 245,500 SRFC. Any fisheries scientist would be thrilled to see a rebound of such magnitude, but before getting too excited we decided to evaluate the commercial and sport fisheries harvest for 2011.

Now that adult fall-run Chinook salmon are returning to the Central Valley and counts are starting to come in, it’s a good time to take a look at the productivity of the fishing industry this season. The 2011 preseason report indicated that the estimated ocean commercial and recreational impact on SRFC would be 190,300 and 101,300 fish, respectively. As of July 31st , a letter from the California Department of Fish & Game (CDFG) reported commercial and recreational fishing harvest in California was estimated at 50,000 and 28,000, respectively (DFG, 2011). These values are not directly comparable to the SRFC predicted catch, since they include non-SRFC caught in California, but do not include SRFC caught outside of California. However, the letter then goes on to state that the level of effort in California was 40% of projected values for that time period, which could be a result of environmental or economic factors such as poor weather and high fuel prices. Alternatively, effort may be low if people are not going fishing because the fish just aren’t there to catch. Either way, if the PFMC forecast is correct, and ocean harvest continues to be low for 2011, then the SRFC escapement and in-river harvest should be even greater than the 438,400 SFRC that were predicted for 2011… only time will tell.