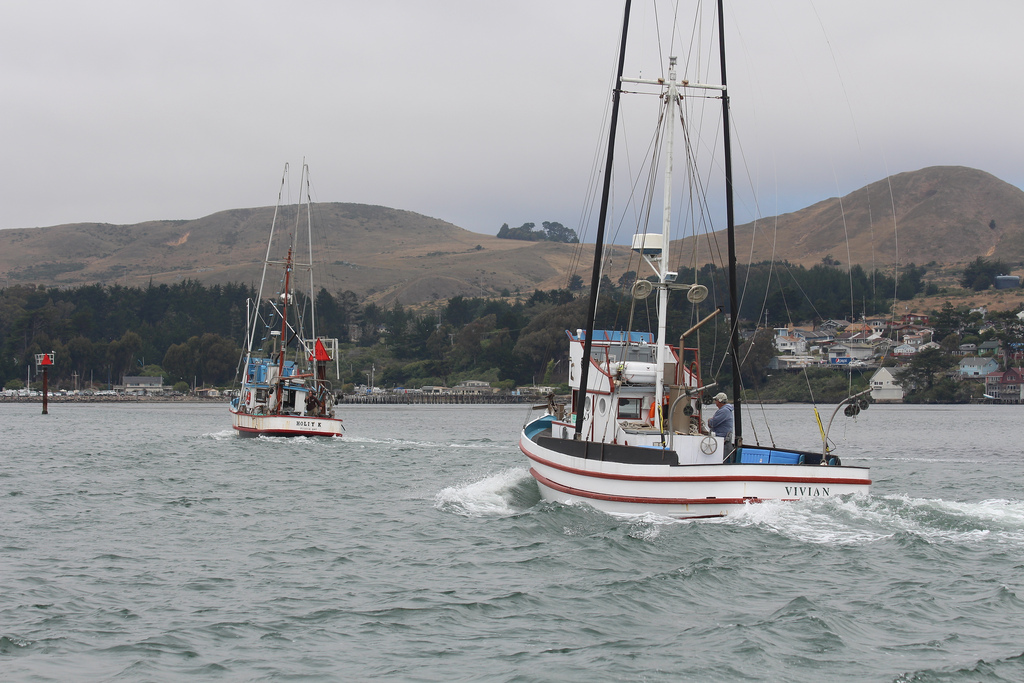 For many commercial and recreational fishermen along the West Coast, Chinook salmon ocean fishing kicked off with a bang in 2013, and continued success lasted throughout the season. Just a few years ago, the California salmon industry was devastated during the Sacramento River fall-run Chinook collapse, but has now rebounded with consecutive years of a successful fishery. Preseason projections indicated that fishing off the West Coast was going to be better than any year since 2005, and thus far the projections have mostly lived up to the hype (Preseason III, 2013). Preliminary harvest reporting numbers for fishing off of Washington, Oregon, and California through October 31 are 489,443 commercially caught and 164,351 recreationally caught Chinook salmon (PFMC Supplemental Information Report). While the recreational numbers are about 10,000 fish lower than last year, the commercial catch is up by more than 100,000.

Looking at total catch by state, fishing off the coast of California proved rewarding. More than half of all Chinook salmon landings were recorded off the California coast, with 298,454 caught commercially and 106,095 caught recreationally. Catch quotas off Washington and parts of the Oregon coast limited the total harvest, and many areas were successful in meeting them. Washington’s commercial and recreational fishing season catches totaled 40,112 and 29,031, respectively, and treaty Indian harvest totaled 49,406 fish. Despite falling below expectations, Oregon commercial and recreational harvests were much better than catches in recent years at 101,471 and 29,225, respectively.

Aggregate West Coast ocean harvest projections for Chinook salmon (458,900 commercial and 182,800 recreational) appear to be mirroring expectations for 2013, but harvest by region differs from forecasts. Despite the fact that good harvest numbers were achieved in Oregon, some regions were expected to have faired better this season. From Cape Falcon (south of Seaside, Oregon) to Humbug Mountain (north of the Oregon-California border) commercial harvest was expected to total 147,800 Chinook salmon, but preliminary reports only reached 92,726. In contrast, the commercial ocean harvest forecasts south of Horse Mountain (south of Eureka, California) were expected to only reach 187,900, but preliminary reporting has already tallied 288,275 Chinook salmon.

These deviations from the projected catch could simply be due to inaccurate forecasting: the Pacific Fishery Management Council acknowledges that it is difficult to predict Chinook salmon populations, and the council is currently working to improve future forecasts for the Sacramento River fall-run Chinook population. Alternatively, environmental factors may have caused a geographical shift in Chinook salmon ocean distribution farther south that resulted in the different landing patterns. According to the Northwest Fisheries Science Center, temperature surveys conducted in the upper 20 meters of the water column off the coast of Newport, Oregon, recorded cooler temperatures than average in 2013. It has been noted in the past that changes in temperature can impact forage fish behavior and availability; thus, temperature could be responsible for a large-scale shift in the Chinook salmon distribution. Regardless of the reason for the differing catch totals, the season has certainly kept both fishers and harvest survey technicians busy up and down the West Coast.