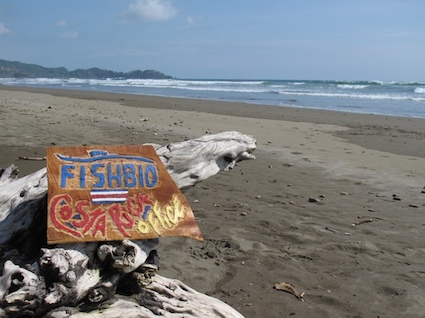 Costa Rica is a beautiful Central American country with important marine commercial and sport fisheries. The majority of commercial fisheries are located on the Pacific side of the country, and consist of tuna, shimp, sardine, kingfish, and snapper. Although the economic value of commercial fisheries is low compared to larger countries, it is important to a small country like Costa Rica with only about 4 million people. In 2002 the fishery and aquaculture sector contributed 0.32% of the GDP (FAO 2004, does not include sport fish).

Sport fishing off the Pacific coast has increased dramatically within the last few years, and fishing for blue marlin and Pacific sailfish in the southern Pacific zone is now widely regarded as some of the best in the world. In 2002 the United Nations Food and Agriculture Organization estimated the value of the sport fishing industry at around $32 million USD, and it has grown substantially since then. The stocks involved in sport fishing are likely impacted by commercial longline fleets, and some commercial restrictions have been put in place (FAO 2004). In addition to open water fishing for marlin, sailfish, wahoo, and tuna, nearshore and estuary species like snook, tarpon, and barracuda are very popular game fish. Sport fishing for rainbow trout that were introduced from U.S. stocks in the 1970’s also takes place in upland areas with cool streams.