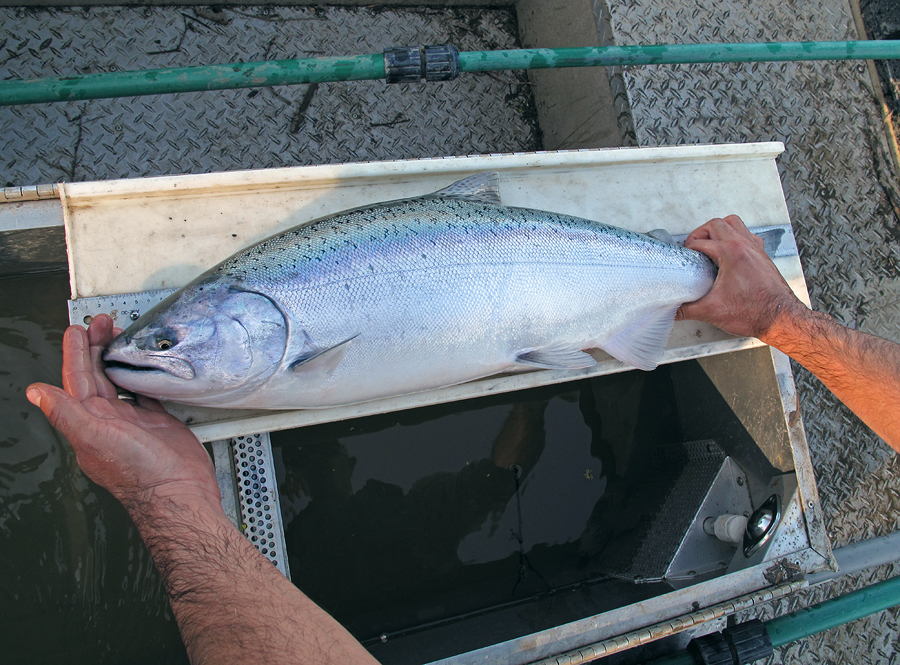 Newspapers have recently reported promising predictions for the West Coast salmon stocks in 2011, but how do you forecast Chinook salmon stocks in the Central Valley? Any fishery forecasting is not an easy task, and the Pacific Fishery Management Council (PFMC) has established a process for developing pre-season recommendations for managing the fishery. With so many livelihoods dependent on salmon and with the Central Valley Fall-Chinook abundance at an all time low, the activities of the PFMC are highly scrutinized.

The PFMC Salmon Technical Team (STT) has created an index to estimate the abundance of Sacramento River Fall-run Chinook (SRFC) salmon, which is essentially the sum of 1) the estimated SRFC ocean fishery harvest south of Cape Falcon, 2) the recreational harvest of SRFC in the Sacramento River Basin, and 3) the estimated SRFC adult spawner escapement. This index is used to manage all Central Valley Chinook stocks. 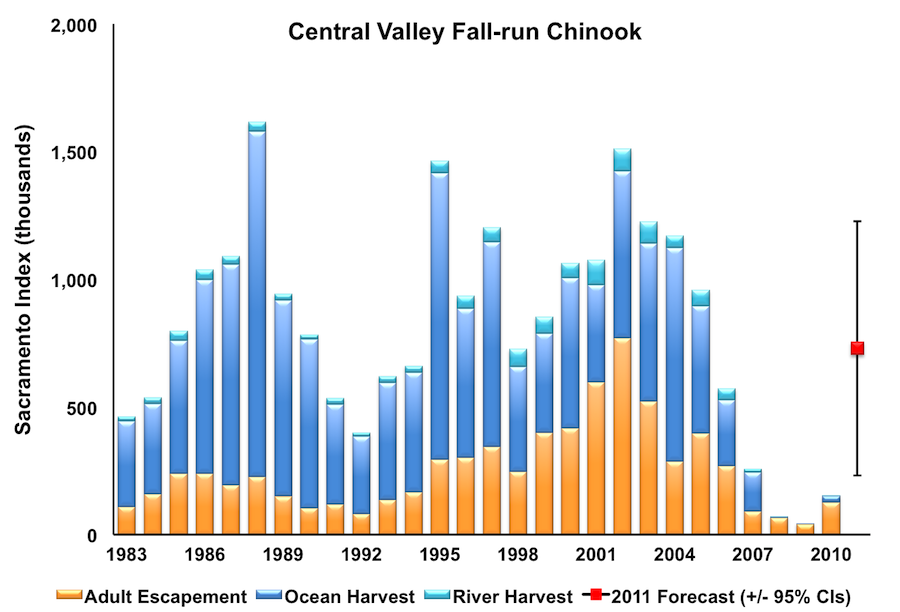 Figure 1. Sacramento Index graphed by the three components: Adult escapement, ocean harvest and river harvest (PFMC 2011, Table II-1). The 2011 forecast is shown as a red box, with the 95% confidence intervals.

To forecast the abundance of fish available for harvest in the upcoming year, the STT uses the relationship between the number of jacks (male salmon that mature early and return at Age 2) that returned to the Sacramento Basin the year before and the Sacramento Index (SI), described above. There is considerable variability in this relationship. For example, the 2011 SI forecast announced last month (shown as the red square in Figure 1) is 729,893 adult SRFC; however, the SI predictor has wide 95% confidence intervals with an upper bound of 1,228,114 and a lower bound of 231,671. If we were actually to see 2011 abundances as high as this prediction, then the increase from 2010 to 2011 (nearly 5 times the previous years abundance) would be unprecedented since 1983.

Photo and graphs by: FISHBIO