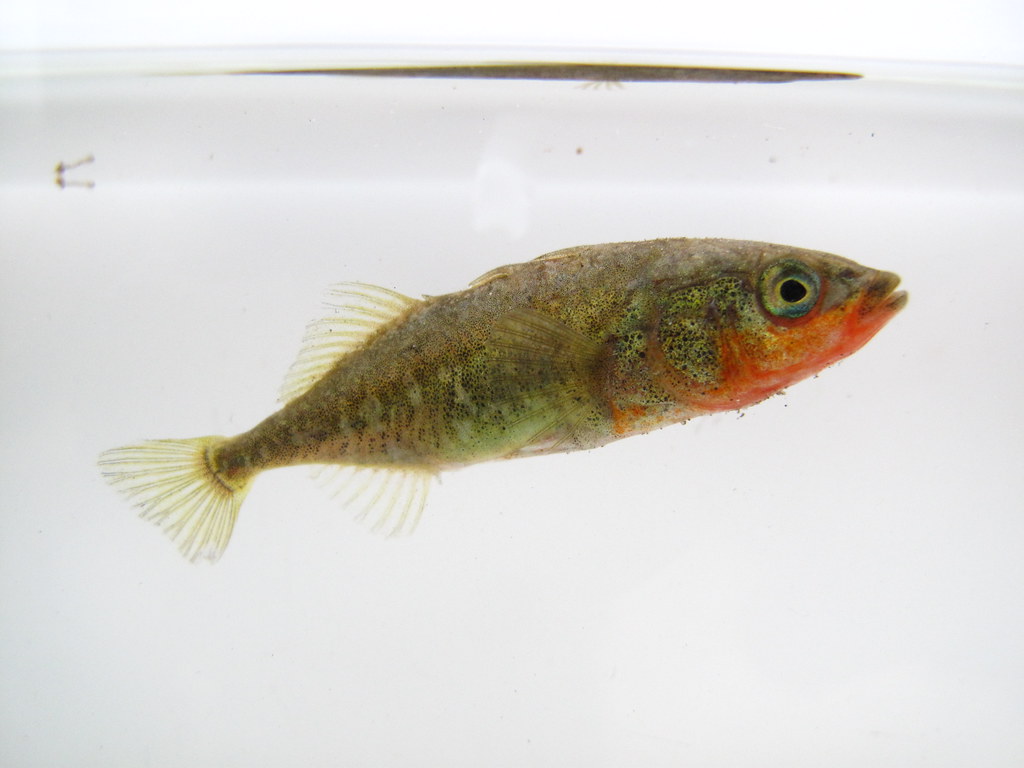 The ocean provides a smorgasbord of foods to humans and fish alike. Modern marine species of ray-finned fishes (Actinopterygians) evolved from a freshwater ancestor to take advantage of these rich ocean resources, allowing them to expand and diversify over the past 300 million years. But the Earth is ever-changing, with new habitats appearing and disappearing over the millennia. When the glaciers receded at the end of the last ice age, for example, large freshwater habitats that had been locked away in ice now became available for fish to colonize. Could fish that had made the evolutionary jump to saltwater return to their ancestral freshwater homeland? Scientists have demonstrated that some groups of fish, such as sticklebacks (Gasterosteus species) have been able to do just that, with certain populations having adopted anadromous lifestyles (in which adults return to freshwater to spawn), and others inhabiting freshwater permanently. However, not all stickleback species have been able to pull off this evolutionary switcheroo, and a recent study by researchers in Japan examining the genetics of three-spined stickleback (G. aculeatus) and Japan Sea stickleback (G. nipponicus) has shed some light on what it takes to make the transition back to the world of freshwater (Ishikawa et al 2019).

Some differences between  freshwater environments and the ocean are obvious, like salinity, but others are less apparent to the casual observer. Namely, the food resources available in freshwater are often of poor nutritional quality compared with those in marine ecosystems. Food in the ocean is very rich in omega three (ω-3) long-chain polyunsaturated fatty acids. Among the most important of these fatty acids is docosahexaenoic acid (DHA), the health benefits of which are often touted in humans. Unsurprisingly, DHA is also important for fish health. Some organisms are capable of “biosynthesizing,” or creating their own DHA, and previous genetic studies have shown that one of the key genes coding for this ability is fatty acid desaturase 2 (Fads2). Marine fish that have successfully re-colonized freshwater habitats, such as the freshwater populations of three-spined stickleback in Japan, have had to transition to a DHA-deficient diet, and rely on their ability to biosynthesize the compound. Despite belonging to the same genus and having access to the same freshwater habitats, the Japan Sea stickleback stays restricted to marine environments. To determine if the Fads2 gene might be responsible for this discrepancy, the researchers compared the survival of three-spined and Japan Sea sticklebacks on a DHA-free diet (mimicking that found in freshwater). They also manipulated the genes of Japan Sea stickleback to increase the expression of the Fads2 gene to see if this would improve their freshwater survival, and even interbred the two species to see if hybrids would fare better in freshwater.

As expected, the rearing experiments showed that marine-dwelling Japan Sea stickleback fed a freshwater diet had higher mortality than the three-spined stickleback. Furthermore, genomic sequencing showed that the three-spined stickleback had more copies of the Fads2 gene, and that the gene was expressed at higher levels than in the Japan Sea stickleback. The transgenic Japan Sea stickleback that the researchers developed to overexpress Fads2 were found to have higher survival and higher DHA content, and the same was true of the hybridized individuals that had high Fads2 counts. In assessing existing whole-genome data from other fish species, the researchers found high numbers of the Fads2 gene in numerous ray-finned fishes adapted to life in freshwater. Interestingly, studies of human genetics have even revealed signatures of strong selection for the Fads gene in human populations that have colonized polar regions, indicating that this gene may be of significance in many different groups of animals. Genes are the raw material that fuels the engine of evolution, allowing for adaptation and change over time. With  little or no selective pressure to keep genes essential for life in freshwater (like Fads2) in the populations of ray-finned fish that moved into the DHA-rich oceans millions of years ago, it faded from the genomes of many of today’s marine species. Only those that retained the traces of their freshwater lineage were able to take advantage of new habitats when the ice melted. In the game of evolution, you never know when an old gene might come in handy.