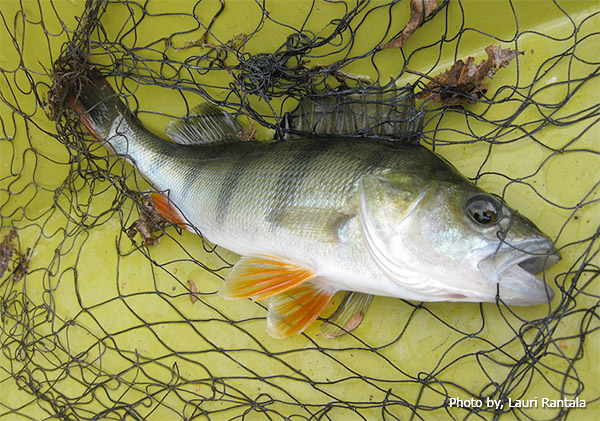 Pharmaceutical drugs can profoundly alter our moods and behavior–such changes may be side effects, or may be the whole point of a particular drug, like anti-anxiety medication. But the effects of such drugs don’t stop with the people who take them–they can also get passed on to fish. Pharmaceutical compounds pass through our bodies, get flushed down the toilet, and pollute waterways, virtually unchanged even by wastewater treatment. Similar to inhaling secondhand smoke, many wild fish are swimming in an active drug cocktail that contaminates rivers and streams (as if toxic runoff wasn’t bad enough). Now, scientists have confirmed that such exposure has ecological consequences. They found an anti-anxiety drug called oxazepam is present in waterways in concentrations that can affect fish’s behavior, making them more active, less social, and faster feeders.

The findings come from a study in the journal Science published earlier this month. Scientists visited the Fyris River in Sweden, a mid-size stream that receives input from treated wastewater, and scooped up some water samples. They found an oxazepam concentration of 0.58 micrograms/liter in the stream water, and nearly six times that concentration in the muscle tissue of European perch (Perca fluviatilis) from the river. To test how this drug affects the fish, the scientists brought perch into the lab and exposed them to water treated with different doses of oxazepam–a low dose similar to the river conditions, and a high dose 1,000 times greater–in addition to an untreated control group. A week later, the scientists assessed fish behavior, including their swimming activity, boldness, their socialization with other fish, and how long it took them to finish a zooplankton meal.

The results were striking: fish exposed to low levels of drug were more active, gobbled up food faster, and were more asocial than unexposed fish. The high-dose fish showed even more pronounced changes in these traits and also became bolder. Turning normally shy, group-loving fish into hyped up, ravenous, loners could have serious consequences for their growth and survival, and also tinker with the balance of their aquatic ecosystem. Fish with drug-enhanced appetites could more quickly deplete their food resources; however, these bold, active fish that don’t shoal with others can also make themselves targets more easily picked off by predators. The long-term effect of these drugs on our waterways remains to be seen, but one thing is clear: in this case of fish behavioral change, there’s definitely something in the water.