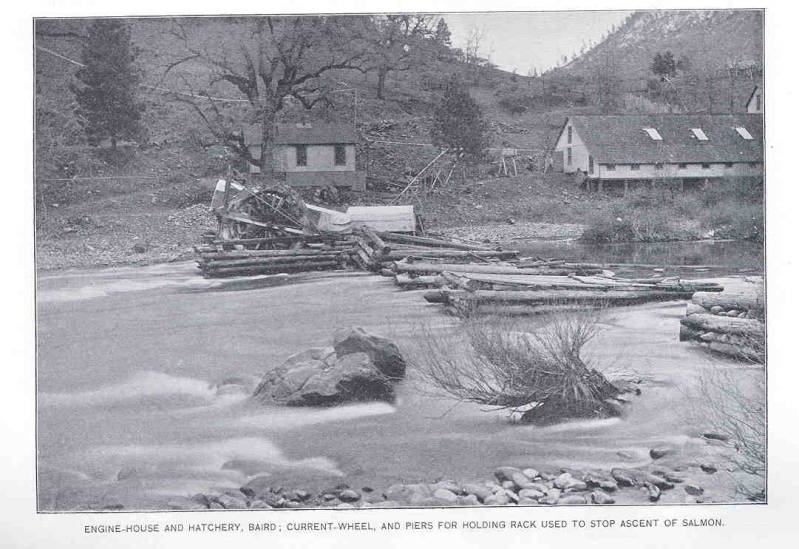 Our recent Fish Reports on the 2016 and 2017 salmon seasons highlight the major role fish hatcheries play in California’s salmon fishery. On today’s Flashback Friday, we take a look at how these hatcheries got their start. Enjoy!

The year is 1871. California has been a state for just over 20 years and the country is mired in reconstruction following the end of the Civil War just six years earlier. Both the telephone and the light bulb have yet to be invented, and America’s population numbers less than 40 million people, while California’s population of approximately 100,000 is a fraction of today’s 38 million. A flood of pioneers is traveling to the Western United States, some using the transcontinental railroad that was completed less than two years prior. Recently elected President and Civil War hero Ulysses S. Grant, acting along with the legislature, has just created the Commission of Fish and Fisheries, the first government undertaking to conserve U.S. fishery resources, and one of the first acts of conservation in our nation’s history.

In California, the discovery of gold in the late 1840s, and the resulting barrage of people to the state, have resulted in an alarming and precipitous decline in the state’s fisheries resources. Years of extensive mining operations and the inordinate damming of waterways have wreaked havoc on numerous rivers and streams, and the unknowing populace has already begun to decimate some of the abundant salmon runs. Stephen Baird, acting as the first U.S. Commissioner of Fisheries, employed a trusted friend and reputable scientist named Livingston Stone to head west and procure a batch of Chinook salmon eggs for transportation back to the East Coast to compensate for Atlantic salmon stocks that had already declined.

Livingston Stone arrived in California in 1872, and after receiving a tip about the location of spawning salmon, headed north to the confluence of the Pit and McCloud rivers, near what is now Shasta Lake. There, Stone and his two assistants, despite much adversity and an already declining salmon population, erected the first salmon hatchery in California. Named Baird Hatchery, it would go on to produce 6-10 million salmon eggs each year for the next decade, until the egg supply became severely limited by dwindling fish populations. Once hatched, these locally adapted fish were distributed across the state and country by railroad cars, mules, and wagons. Salmon eggs from this hatchery were distributed as far away as New Zealand.

American scientists can hardly take credit for the science of fish culture: the Chinese have historical accounts of fish breeding as far back as 2100 BC (Humphries and Walker 2013). But perhaps no country had ever practiced fish culture at a level comparable to what unfolded in California over the next 100 years. By 1960, nearly 170 public fish hatcheries and egg collecting stations were erected and operated in the state. The artificial breeding programs employed in California were some of the most advanced and successful in the world. Species were hatched and distributed throughout the region with little regard for long-term genetic consequences or possible effects on endemic species. A number of species native to the East Coast, such as brook and brown trout, shad, and striped bass, were cultured and stocked into California waterways. 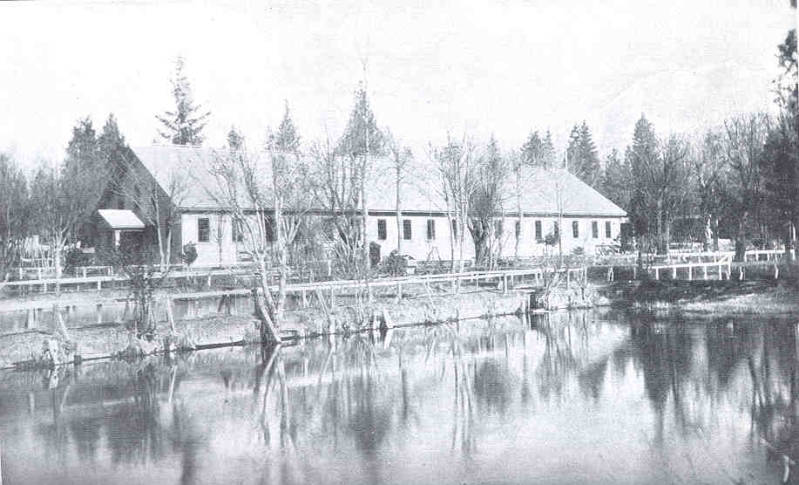 At the Mount Shasta Hatchery, fish were fed the likes of expired ground beef, clabbered milk (similar to yogurt), and wheat middlings. Once grown to the desired size, fish were delivered by railroad car, with each car equipped to carry 125 of the 10-gallon milk cans used to hold the fish. Attendants traveled with the shipments to ensure a steady supply of ice to control the water temperature, and aerated the water by hand by dipping a screened ladle into the can and pouring the water back in – that is, until aerating hoses were installed for the cans. As the system of roads improved to allow access to more remote locations, automobiles became the preferred method for transporting fish. This practice continued until the mid-1940s, when it was discovered that fish could be safely and effectively planted in remote locations by dropping them out of airplanes!

Of the 169 public hatcheries and egg collecting facilities constructed in California, most only lasted for a short time. Failures and oversights ran rampant, and many hatcheries were closed due to inadequate water supply, flooding, water temperature or nutrient issues, cost overruns, conflicts with Native Americans, lawsuits, or collapse of local fisheries. Some hatcheries, such as the Alpine Hatchery in Alpine County, were constructed as political favors, and were abandoned after only a few years when operations were deemed too costly and difficult to continue.

Fast-forward to today: while the number of anadromous fish hatcheries in California has dwindled to 10, the state’s resource managers have done little to reduce stocking or shift time and funding toward improving the natural reproduction of wild fish in streams. As described in a recent Fish Report, there may be fewer hatcheries, but this reduction mostly reflects improving technology and efficiency. Despite improvements, the concept and implementation of California’s hatcheries, along with many of the problems, still retain hallmarks of the 1870s. In contrast, a growing body of science and ecological understanding points to creating a paradigm shift away from artificially inflated, heavily stocked streams. This newer paradigm is focused less on fish size and numbers, and more on restoring naturally functioning streams within our modern landscape. This begs the question: will the aging strategy of hatcheries fade with time to permit restored stream function, or will our own dependencies and unwillingness to change continue to pump life into this practice for years to come?