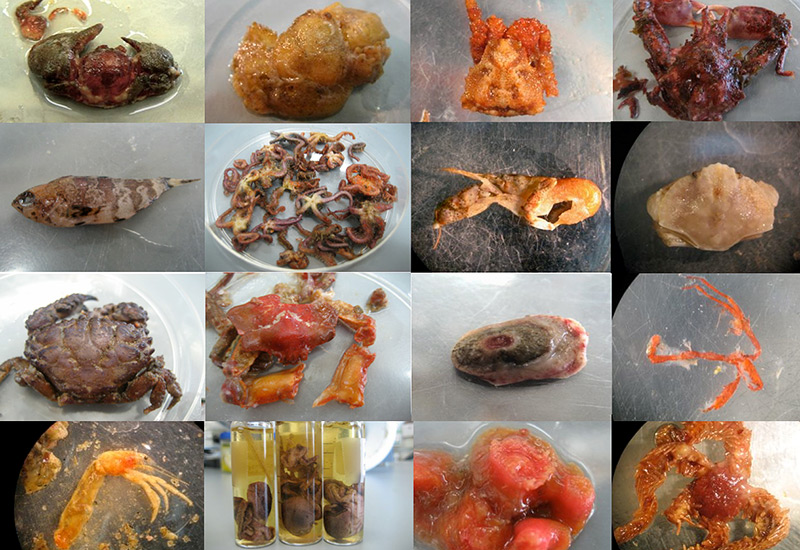 We know the importance of studying what fish eat when it comes to the feeding habits of salmon predators (see What’s for dinner, Last meal, Survival of the biggest). But did you know you can even get a graduate degree studying fish guts? That’s what one of our biologists did. She recently presented the results of her master’s thesis at the State of the California Central Coast Symposium on Marine Protected Areas in Monterey, sharing her research on the diet of the gopher rockfish (Sebastes carnatus). As you can see from the top photo, these fish scarf down quite a smorgasbord. 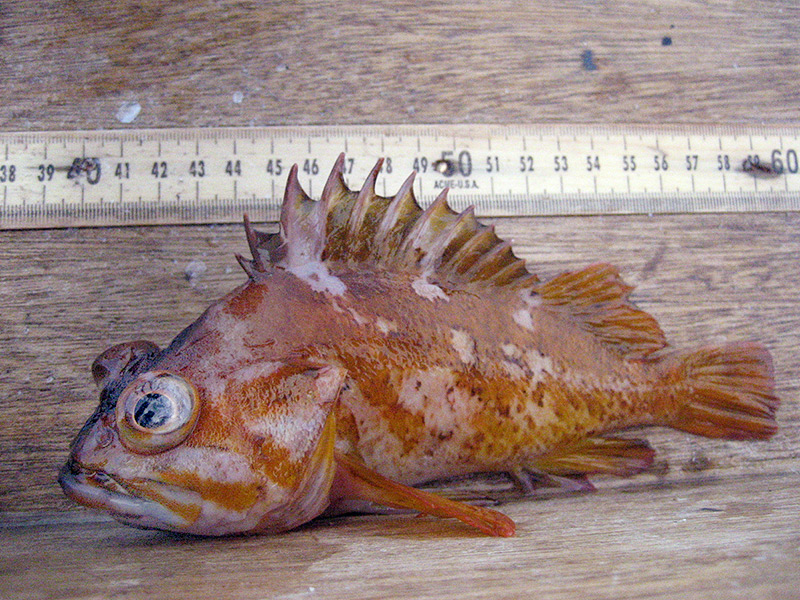 Gopher rockfish are one of about 60 different species of rockfishes in the genus Sebastes found on the California coast. Rockfish come in an array of colors and are known for their venomous spines, which can pack a stinging poke for an unwary angler. As generalist predators, gopher rockfish eat a diversity of other animals, from crabs, to worms, to fish. In this study, the gopher rockfish was used to study changes that might happen to the food web inside and outside of marine protected areas (MPAs) in central California. Results showed that gopher rockfish diets didn’t differ much inside and outside of these new MPAs, but fish caught at different locations along the coast ate different things. This is likely due to different habitats at these locations, ranging from Año Nuevo to Point Buchon near Morro Bay, which can result in differences in the invertebrate community. The gopher rockfish’s most important prey included brittle stars (a type of sea star), crabs, mysids, and shrimp (Loury 2011).

A gopher rockfish’s last meal is a bit like a window into the community where it lives, which is otherwise difficult to survey. Gopher rockfish often live in rocky holes – similar to a certain small mammal that shares their common name. While SCUBA divers can survey nearshore marine areas to count larger animals, they usually don’t count the many small critters hiding in cracks and crannies. A hungry gopher rockfish can more effectively “sample” these spots. Studying fish diet is a bit like being a detective or an archaeologist, and sometimes you make surprising discoveries (see Opportunistic Meal). The strangest thing found in a gopher rockfish stomach? A handful of strawberry sea anemones. Those might have been an accidental snack – the fish was probably after a brittle star lodged in the anemone clump.