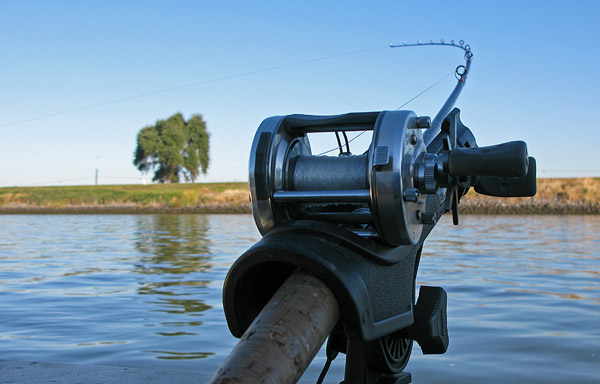 Due to drastically low Chinook salmon abundance, the California ocean and in-river salmon fisheries completely closed during 2008 and 2009, to allow the salmon population time to recover. Following the two-year closure, the salmon fishery re-opened with a severely curtailed season in 2010 followed by a more robust fishing season in 2011. This year marks the first year of “normal” recreational and commercial salmon fishing since California’s fall-run Chinook salmon crash.

The Central Valley recreational salmon fishing season officially began on July 16 on the Sacramento, Feather, American and Mokelumne rivers, and several areas will remain open well into December. The Mokelumne River will be open to salmon fishing for the first time in four years. However, the San Joaquin River and tributaries will remain closed to salmon fishing during 2012 to allow more time for abundance levels to increase. From all of the buzz, it’s clear that Central Valley anglers are enthusiastic about the predicted good salmon runs this season.

The return to a “normal” fishing season was prompted by the strong abundance projections (i.e., 819,400) for Sacramento River fall-run Chinook (SRFC) salmon this year. While the California Fish and Game Commission sets the instream fishing seasons, their decision is based on the abundance forecasts made by the Pacific Fishery Management Council (PFMC). The abundance forecast, or Sacramento Index (SI), includes the number of SRFC projected to contribute to escapement (that is, the number of adults returning to freshwater to spawn) and the number available for commercial and recreational harvest. These values were predicted to be 455,800 returning adult spawners and 363,600 harvested salmon, respectively in 2012. You may recall from a previous post, the abundance forecast for this year was based on a very limited data set. Now that the 2012 salmon fishing season is underway, we will have to wait until all numbers are in at the end of the season to see how close the PFMC was to the actual 2012 SI using a more conservative approach for forecasting the abundance estimate.

In the meantime, reports from commercial and recreational ocean fishing indicate a great salmon season is underway, with most boats obtaining their limits. In fact, according to recent news reports, so many salmon have been caught that the price of fresh Chinook dropped considerably and commercial fishermen went on a five day strike in Half Moon Bay, where processors were only paying $2.75 a pound, but fish were selling at the market for up to $20 a pound. The strike was short-lived and the commercial fishing boats are back to fishing after processors agreed to pay $3.50 per pound. Although salmon prices are still retailing for near $20 per pound, some supermarkets may lower their prices if salmon fishing remains excellent. Unfortunately for those Californians in the Central Valley looking to reel in their own Chinook, opening day for in-river fishing was a bust; however, it is still early and fall-run Chinook salmon won’t be ascending most rivers until August.