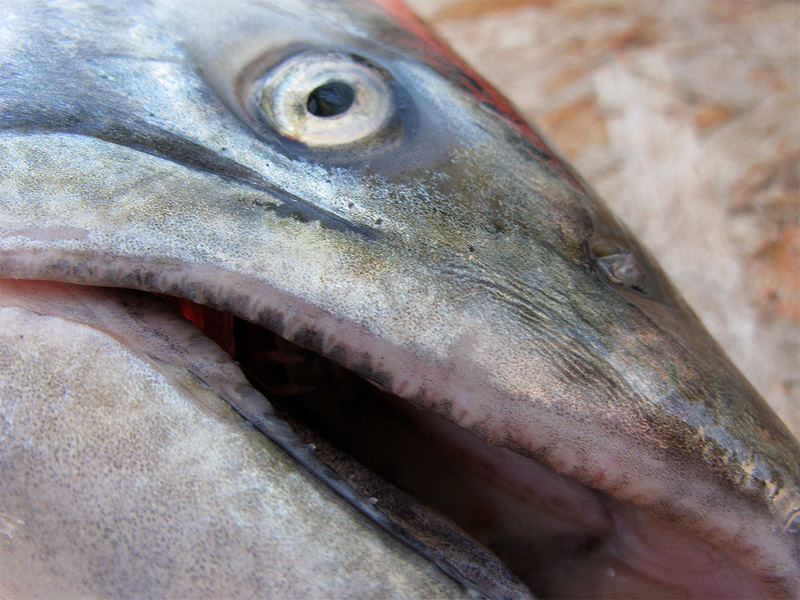 News of a good California salmon fishing season is spreading like wildfire, but we are cautiously optimistic. The Pacific Fishery Management Council (PFMC) calculates the Sacramento River fall-run Chinook (SRFC) salmon abundance forecast to inform decisions regarding the commercial and recreational fishing in California, and they have overestimated the abundance in 6 of the last 7 years. We reported recently that the actual 2011 Sacramento Index (SI) of SRFC abundance was approximately 301,945 salmon or 41% of the preseason estimated SI of 729,900 salmon.

Why are the forecasts inaccurate? The PFMC forecast is calculated based on the number of jacks that returned to the spawning grounds during the previous fall. Chinook jacks are males within a year class that mature early and return at age 2. The abundance of jacks is believed to reflect the overall abundance of the cohort and thus, the abundance of the fish returning next year at age 3, which assumes that the proportion of salmon that return as jacks from any given year class remains relatively constant. However, the last three years we have seen a surprising increase in the number of jacks returning to Central Valley rivers. It is unclear whether this increase in jacks is a sign of more salmon, a sign of a shift in age-at-maturity, or an indication of both. 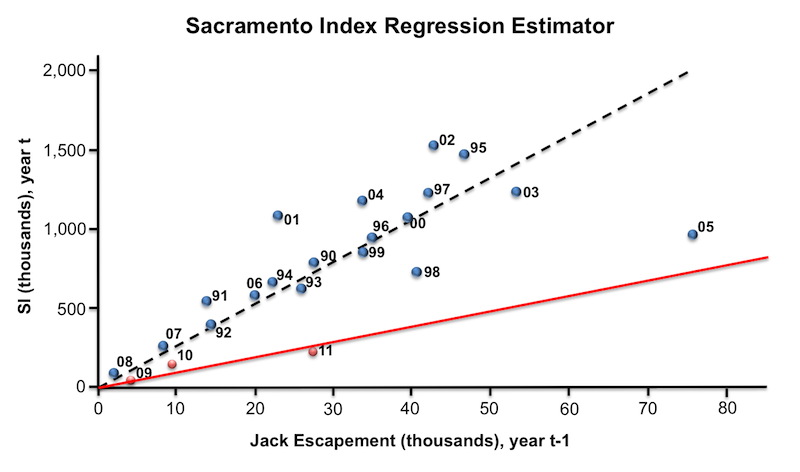 To adjust for the increased abundance of jacks, the PFMC has only included the 2009-2011 escapement data in the regression used to estimate the 2012 abundance of SRFC salmon. The resulting estimate (i.e., 820,000 salmon) is much less than the prediction would have been if they had been consistent with previous forecasts (i.e., 2.2 million salmon) and included  in their model data from 1990-2011. Statisticians caution against extrapolating to predict a value well outside of the range of data, but essentially that is what was done to estimate the 2012 abundance. This is especially concerning given that the prediction is based on a regression with only three samples (three years of jack returns). We understand that despite this uncertainty PFMC must make an abundance prediction based on the available science, but it is important to see this prediction in context.

Based on PFMC’s own status determination criteria (SDC) the SRFC are considered overfished due to low returns in the past three years. While salmon abundance is likely to be greater in 2013 than in 2012, given the uncertainty of this year’s abundance forecast, in addition to the “overfished” status of the stock, we wonder whether the abundance is going to meet the expectations of the management council.