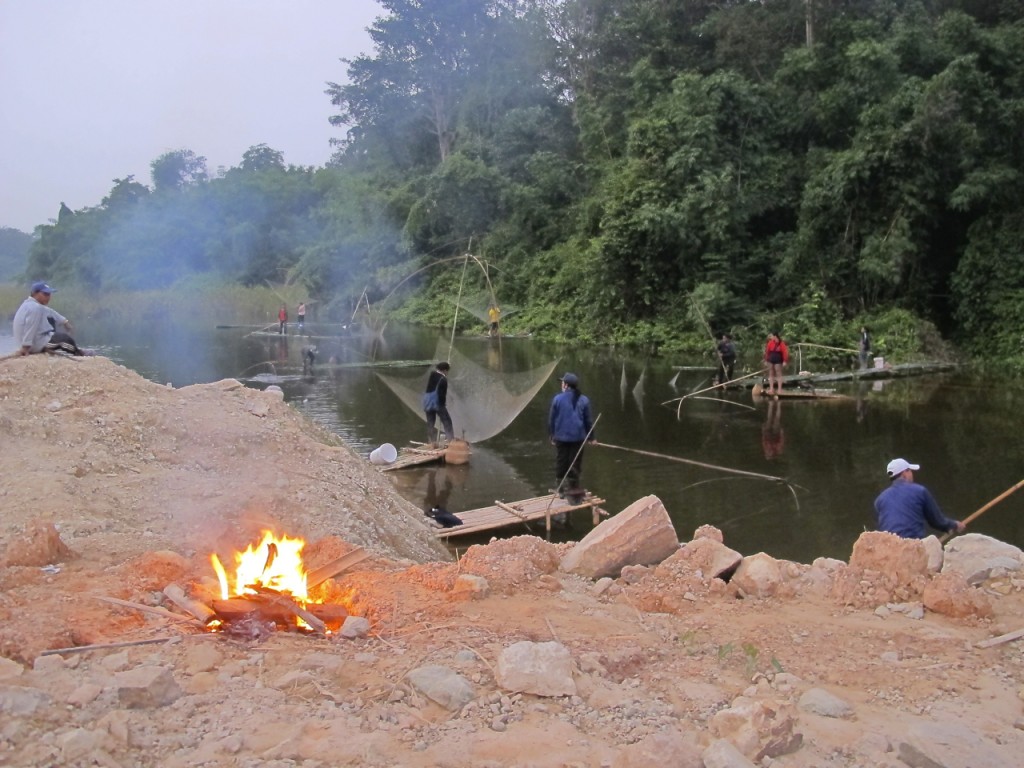 Fishing is sometimes a solitary pursuit – a chance to connect with nature and reflect on the world for a lone fisher with gear in hand. But it can also be a shared and communal activity, as we discovered one afternoon in Lao PDR. While driving from one of our village sampling sites, we came across a small wetland by the side of the road ringed with numerous bamboo platforms. A single man working on his boat told us that if we came back in the evening, the place would be filled with fishers.

And so we returned after 5 pm to a scene at once lively and laidback. At least 15 fishers, mostly women, stood on the floating platforms operating large lift nets at the end of long poles (see Need a lift?). They periodically raised and lowered their nets into to the water, the levers rising and falling like giant marsh birds feeding. Other men lounged along the bank where a small campfire burned, smoking cigarettes and offering commentary. One mentioned that he and some others had earlier taken their boats into the marsh plants across the water and beat the vegetation to flush fishes into the open. 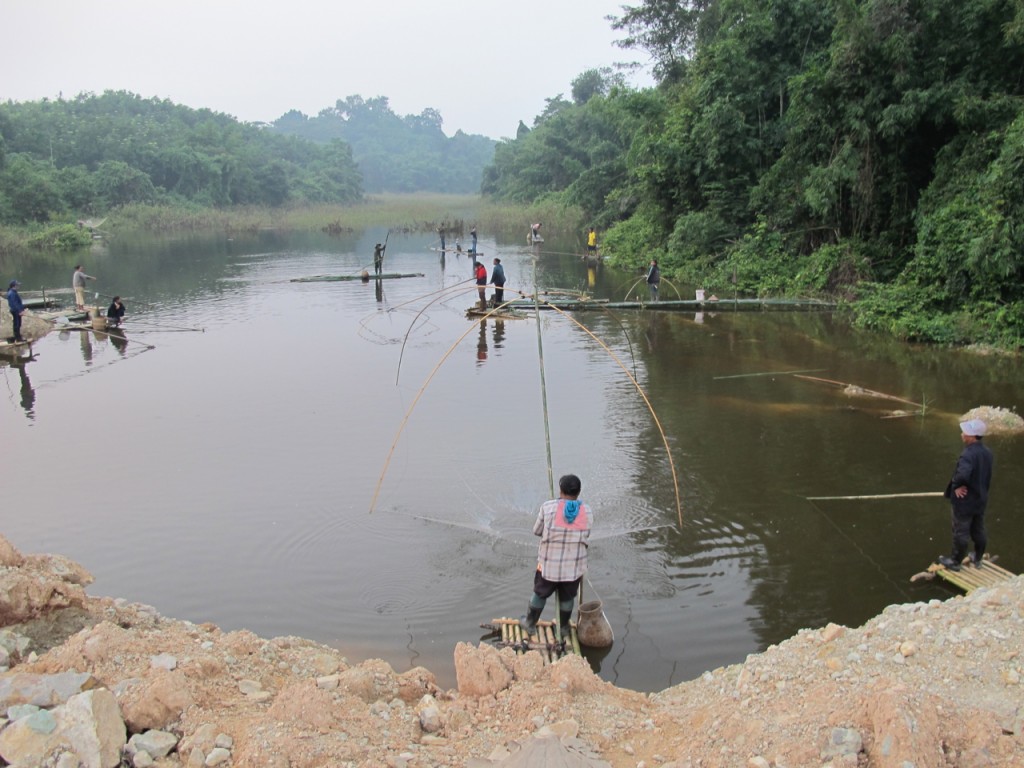 The nets raised every few minutes brought up only three or four tiny fish at time, shining like coins, which the fishers slipped into tightly woven baskets. They were catching juvenile tilapia, a fish native to Africa that is farmed throughout Asia, and is even released into local waterways. Tilapia commonly appear in local fishing catches – to the extent that some younger fishers believe they are native to the region. The presence of juvenile fish illustrated that they are successfully reproducing here.

After we had observed their activity for some time, a fisher invited one of our biologists to try her hand at the method. Luckily, the pole of this fisher’s net was securely fastened to the bamboo platform, so there was no risk of dropping or losing her gear. Other fishers relied on balance and strength alone to pull their unattached nets out of the water as they perched on the rickety floating slats. Our scientist’s catch? A single silvery tilapia, no longer than a finger, and much too tiny to see in this photo. But size and invasive species issues aside, judging by her expression, she was one proud fisher. 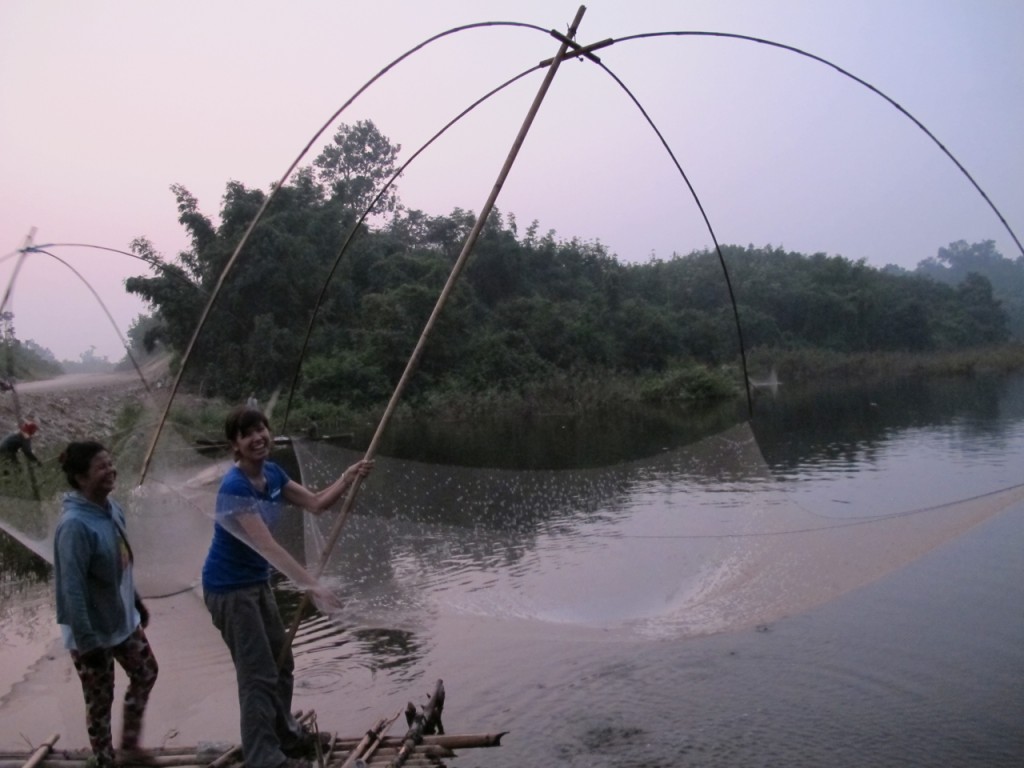 The group continued to call jokes and barbs across the water to each other as the sun set, and a tiny sliver of moon glowed red in the sky. A shriek and a splash cut through the darkness, followed by laughter and the announcement that someone’s bamboo net frame had fallen apart. We thanked the friendly gathering and as we departed, our Lao biologist told them, If I could fish liked you, I would be a fisher for life.