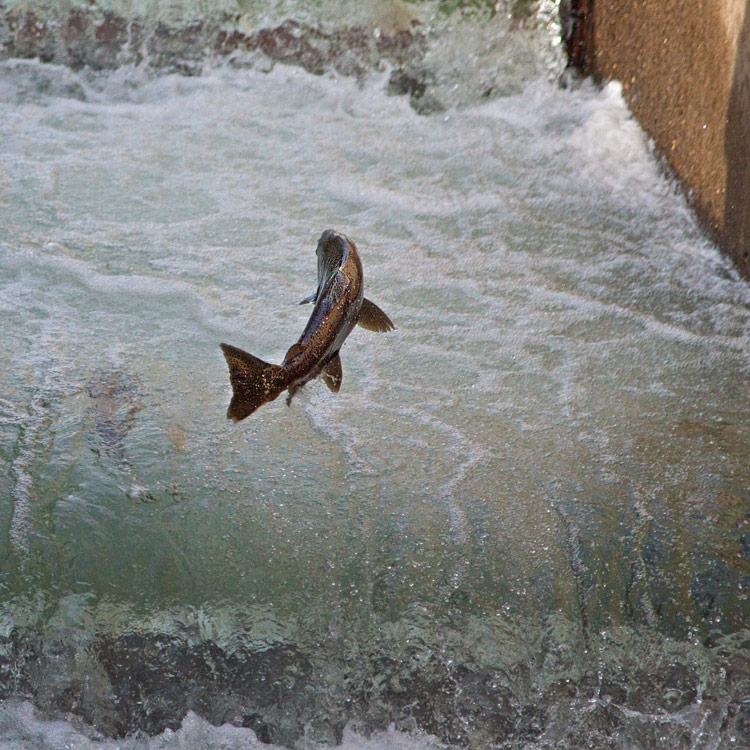 Hatcheries have been operating in California since the 1870s, and the role of hatcheries in the management of salmon populations has been a contentious issue for many years. Currently, there are five salmon hatcheries (Coleman, Feather, Nimbus, Mokelumne, Merced) producing and releasing over 30 million California Central Valley fall-run Chinook salmon smolts each year. So what is the role of these hatcheries in the recovery of CV salmon populations? 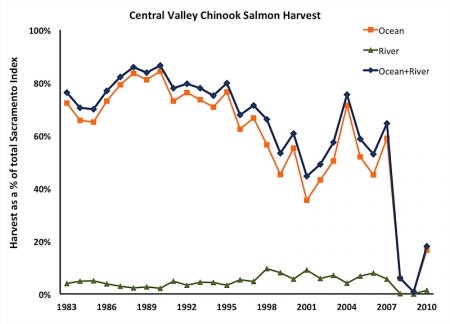 According to a joint review of hatcheries conducted by the California Department of Fish and Game (DFG) and National Marine Fisheries Service (NMFS), the goal of the California hatcheries is to supply fish for commercial and recreational fisheries and mitigate for lost salmon habitat, while operating “in such a way that the populations and genetic integrity of all identifiable stocks of salmon and steelhead rainbow trout be maintained, with management emphasis placed on natural stocks.” Historically, few hatchery fish were marked making it difficult for fisheries managers to estimate the relative contribution of hatchery salmon to the commercial fisheries. However, in 2007 an independent estimate based on otoliths microchemistry concluded that hatchery fish made up 90% of the ocean fishery, and the remaining 10% (±6%) were “wild spawned”, but were potentially progeny of hatchery-reared parents (Barnett-Johnson et al. 2007). Thus it appears that the high harvest rates of fall-run Chinook in the 1990s, sometimes as high as 80% of the estimated fall-run abundance, were supported through hatchery production. An analysis of the status of the Central Valley fall-run Chinook salmon ESU concluded that while there is no immediate risk of extinction, considering the reliance of the population on hatchery fish and the influence of hatchery fish on the decline of wild runs, substantial effort will be needed to sustain a population that can support a commercial fishery (Moyle et al. 2008).